Is the Keto Diet Healthy & Safe? Our Nutritionist Weighs In On the Benefits…

We get this question a lot – “Is the keto diet healthy?” 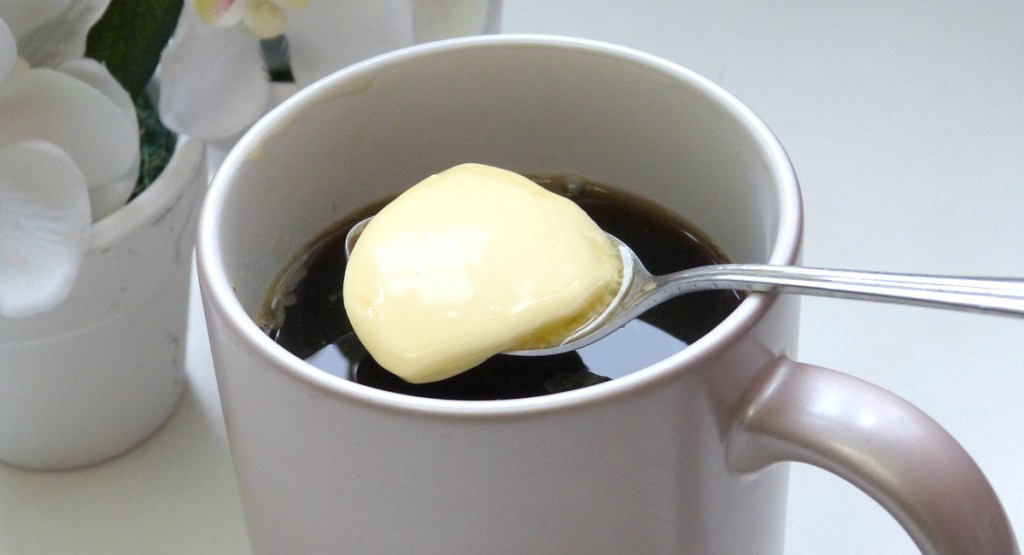 So what exactly is the keto diet? And how can eating fat be healthy?

If you’ve been thinking about starting keto and are on the fence because you’ve read some articles about the dangers of eating too much fat, this article is for YOU!

When you think of eating “keto”(short for ketogenic) you probably think of eating a LOT of fat, plus MORE fat, a pinch of carbs (roughly 20 to 50 grams a day), and some protein. What sets this diet apart from others is the effect it has on our body’s preferred fuel source. On keto, your body is burning fat for fuel. 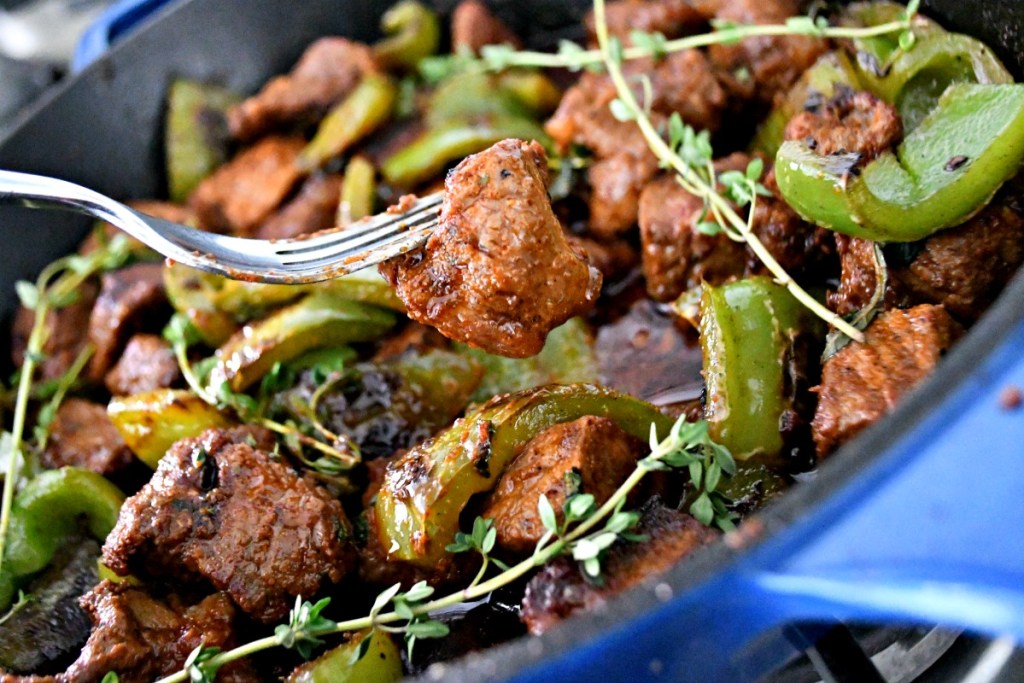 The ketogenic diet forces the body to use fat (ketones) for fuel rather than carbohydrates (glucose).

When a person is correctly following the keto diet by keeping their carb intake low, the body enters “ketosis”. Ketosis means your body is efficiently burning fat for fuel. It may take up to 2 to 4 weeks for the body to become fully fat-adapted, meaning it prefers ketones as the primary source of fuel rather than glucose.

With the keto diet’s rise in popularity, especially as a weight management tool, its touted health benefits have become a highly debatable topic in media and among healthcare professionals. This brings about the commonly asked question, “Is the keto diet healthy?” Let’s let the research do the talking…

The keto diet is healthy, and it actually helps with weight loss. 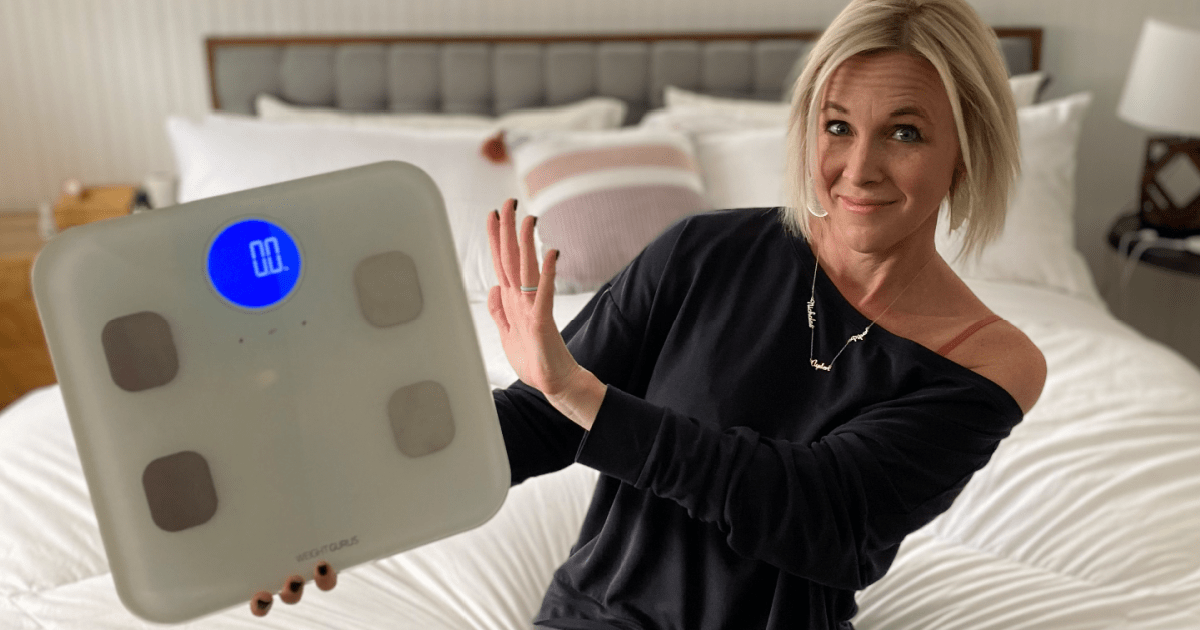 Multiple studies have shown that people on a ketogenic diet tend to lose more weight and keep it off longer than people on low-fat diets. Why is this? Simply put, when excess carbohydrates are ingested, they are stored as fat.

However, on a keto diet, when keeping your carb intake low, not only is the fat storage process halted, but the ingested and stored fat can now be used for fuel! 😱

Also, the keto diet actually helps maintain a person’s metabolism during weight loss rather than slowing it down, as is shown with other diets focused solely on calorie restriction.

Because most of us have plenty of stored fat to burn, plus the fat we consume from our diet, we are able to feel more satiated (full) longer on the keto diet. This also means you can maintain constant energy and potentially burn more calories during the day. Overall, this may lead to decreased caloric intake and weight loss. It’s a win-win!

Hip Tip: Misinformation about the keto diet is pretty common, so be sure to check out the top 5 keto diet myths we’ve debunked! 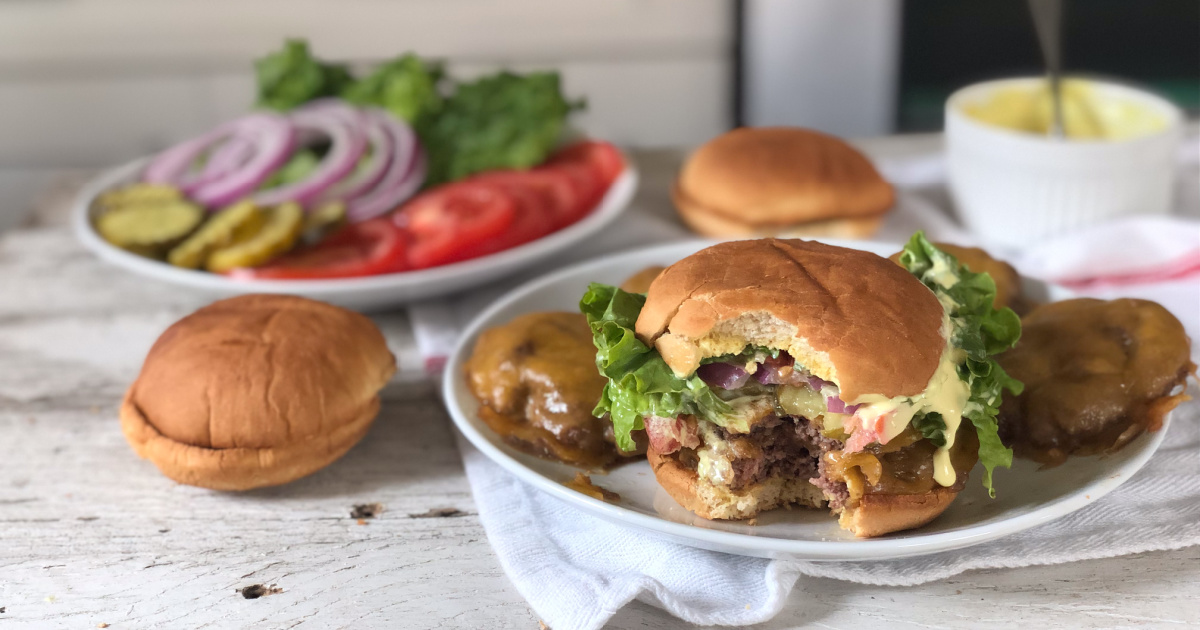 Unfortunately, there’s no exact limit to the number of carbs you can have on the keto diet (everybody is different, after all), but the generally accepted number is 50 grams or less per day. If you’re wondering what that looks like in real life, you can check out what our keto dietitian nutritionist eats in a day!

Following a healthy keto diet reduces hunger and/or being hangry. 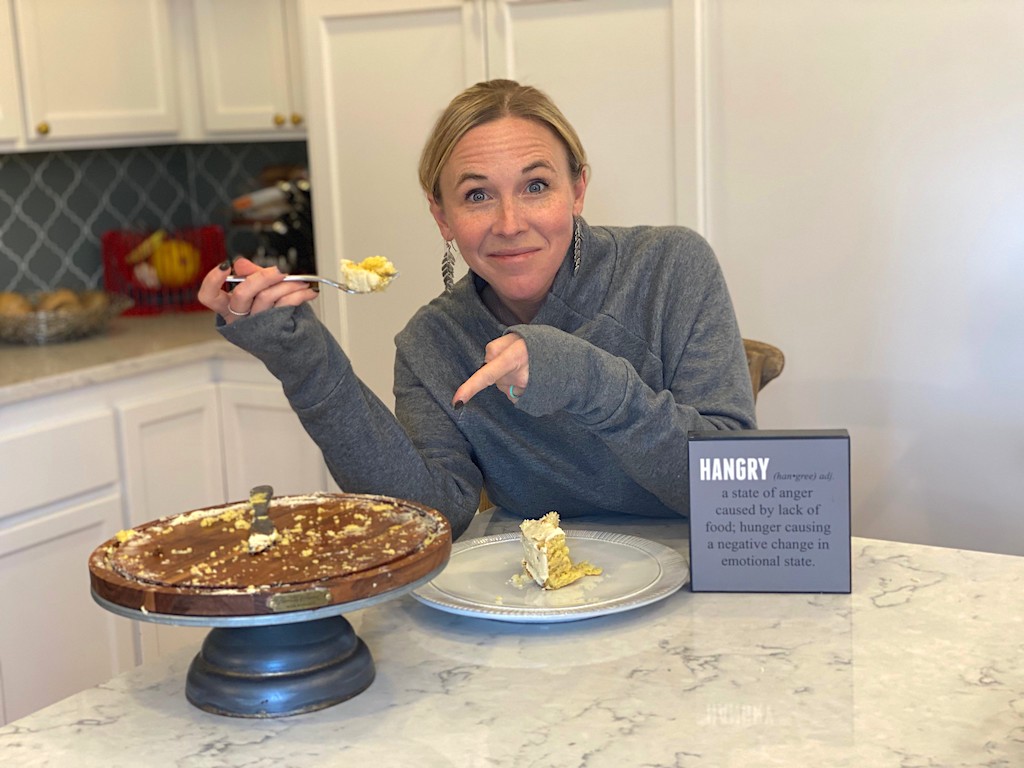 Is “hangry” (bad temper and irritability in response to hunger, i.e. hunger+anger) part of your daily vocabulary?

If so, you can surely blame the carbs. Your body breaks down carbs fairly quickly into glucose (or blood sugar) to use for fuel.

On a typical high-carb diet, your body relies on a supply of glucose from your food for energy. So, after a few hours of not eating, your blood sugar level begins to drop. This triggers a hormone called insulin to alert your brain to eat again, resulting in hunger. 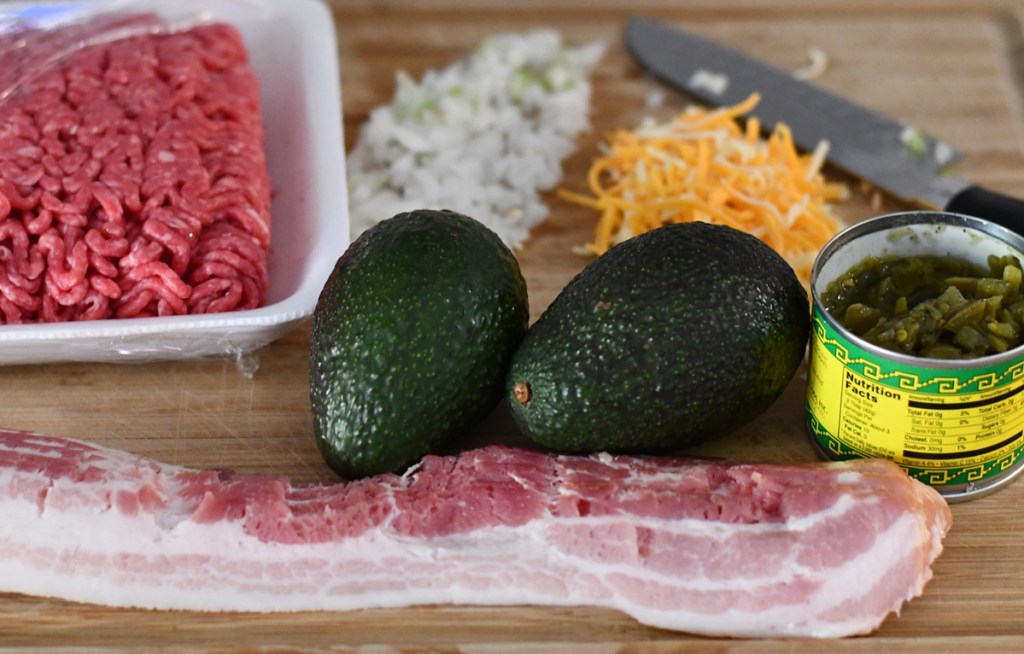 If ignored too long, hungry may turn to hangry.

On a fat-fueled diet, there are no significant changes in blood sugar and insulin levels, so hangry doesn’t typically exist. In ketosis, our bodies have a constant supply of fat to burn as fuel, resulting in steadier moods and an increased time one can go between meals.

In fact, many people report for the first time that they are more in tune with their true appetite and feel less moody when a meal is delayed or even missed.  Oftentimes, people who are fat-adapted can go longer between meals, rather than the standard 3 to 4 hours, which is dictated by a carbohydrate-fueled diet.

Hip Tip: If you’re new to the keto diet and the keto flu has you down, check out some ways to alleviate the symptoms! 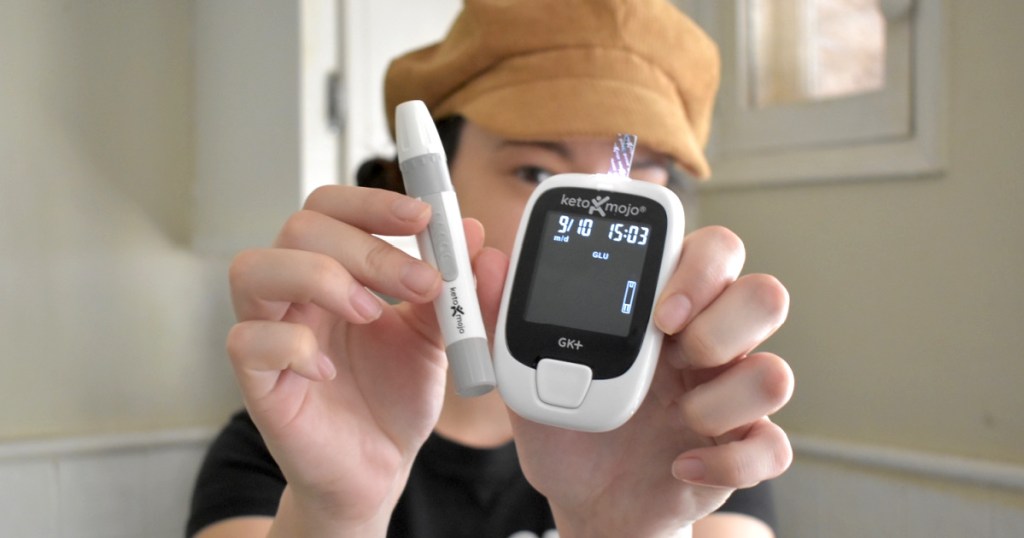 Contrary to many beliefs, weight is NOT just about “calories in and calories out” or “eat less, move more”. Our bodies are much too complex for this simplistic idea. The ratio of macronutrients (fat, carb, protein) that we consume impacts our appetite and our weight. This means that the types of food you eat matters more than exactly how many calories you eat. It’s quality over quantity.

Additionally, many other factors contribute to our ability to burn calories such as hormone imbalance, stress, and insulin resistance.

Did you know? Many people on the keto diet don’t even count calories! 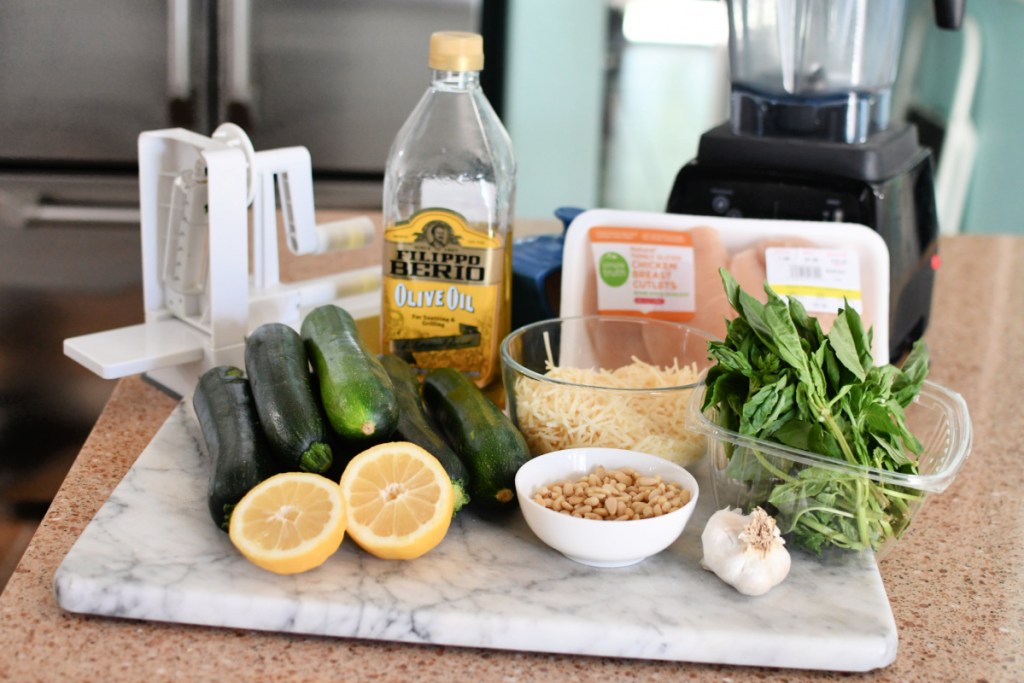 On a standard low-fat, calorie-restricted diet, a person’s resting metabolic rate (RMR) actually drops! Your RMR is how much fuel your body needs to function. Initial weight loss may be seen, but only until the body readjusts to functioning at a lower metabolic rate. And unfortunately, studies show that even when calories are no longer restricted, the lower functioning metabolism doesn’t always spring back to normal.

This means the weight lost by restricting calories is likely to be regained plus more because your body figured out how to adapt without having to work as hard—in other words, it got lazy. 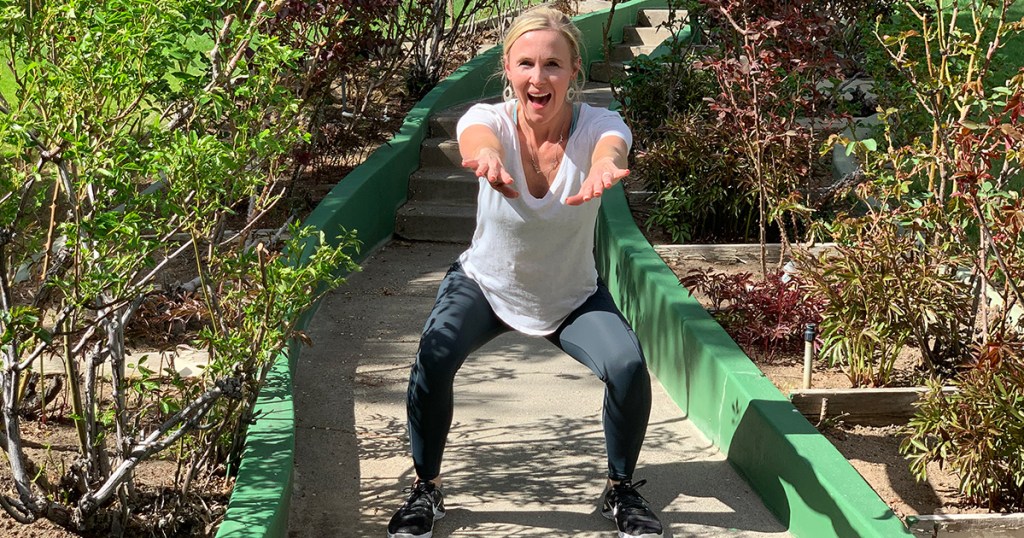 The good news? The ketogenic diet has been shown to have no slowing effect on metabolism and with adequate protein intake, may actually play a crucial role in improving the success of maintaining weight loss in the long term. 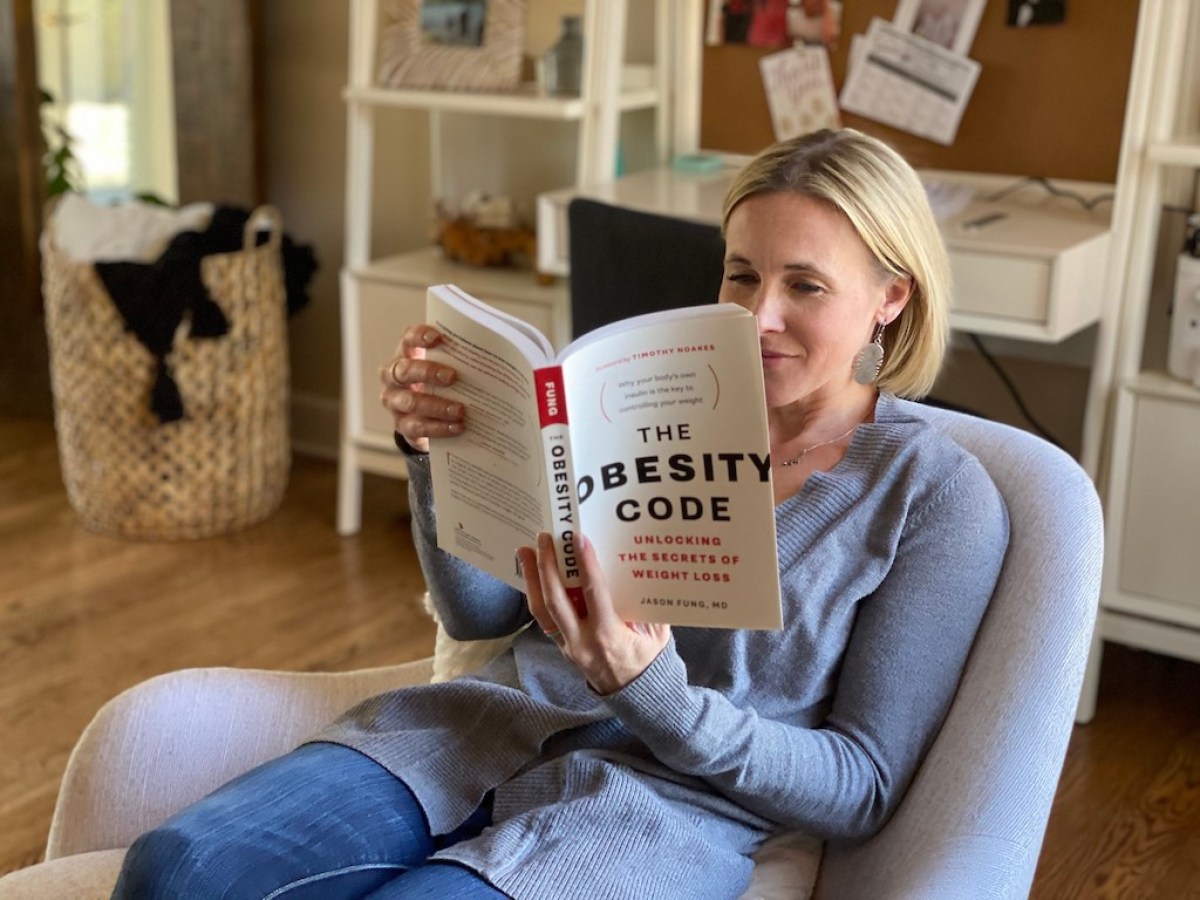 Once fat-adapted, the previously carbohydrate-spoiled brain discovers that fat is awesome! Remember how ketones are like high-octane fuel? Ketones are a very efficient fuel for the brain. Many people have reported increased mental clarity and focus, ability to better stay on task, ample amounts of sustained energy, and decreased “brain fog”. 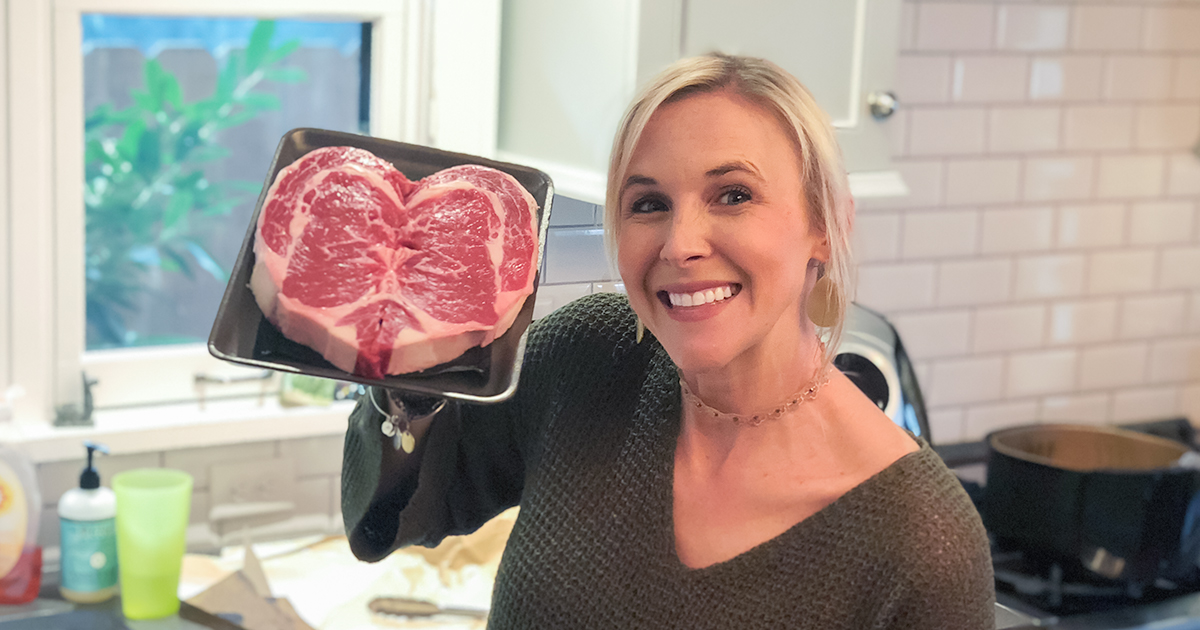 The ketogenic diet has also been shown to improve blood cholesterol and triglyceride levels. Typically, HDL cholesterol (known as the “good” cholesterol) is increased, and previously elevated triglycerides usually take a nosedive into healthy levels. Very often we see that cholesterol has gotten a bad rap and is misunderstood.

There’s a lot of confusion and debate among low carb critics surrounding high-fat diets and their perceived increased effect on LDL – the “bad” cholesterol. LDL cholesterol is not just about the number of particles but also the size of the particle.

To put it simply, the larger LDL particles are considered to be more protective while the smaller particles are the ones to worry about. When on the keto diet, a standard cholesterol test, which does not take particle size into account, total LDL may appear to increase and be misinterpreted as “danger”, but a closer look will often show an increase in the number of large, beneficial LDL particles and not an increase of the smaller ones.

In addition, despite what we were once told, intake of foods high in saturated fat and cholesterol are NOT associated with an increased risk of heart disease. Saturated fat is not only a naturally occurring fat but may also be beneficial to your health! 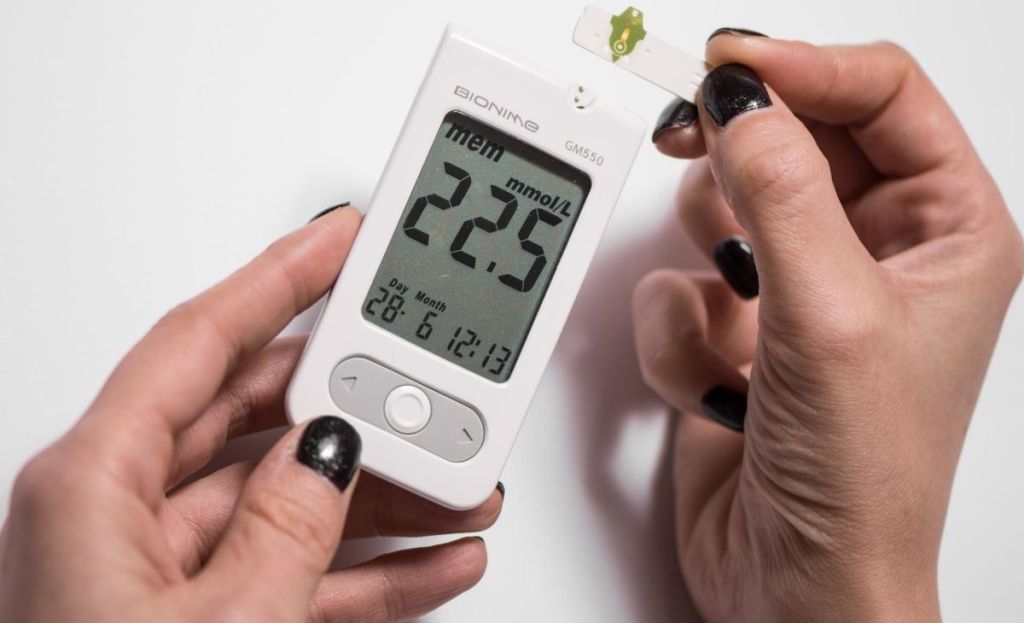 This is a big one! There is increasing evidence for using the ketogenic diet in the management of Type 2 diabetes and insulin resistance. Because the keto diet limits the intake of carbohydrates, blood sugars stay lower.

As a result of lower blood sugars on the keto diet, we then see a decreased risk of Type 2 diabetes, improved insulin sensitivity, and those with Type 2 diabetes may be able to completely come off of medication, managed by diet alone.

Chronic elevation of blood sugar eventually leads to inflammation, diabetes, and metabolic syndrome. So why wouldn’t you want to follow a diet that naturally lowers blood sugars?

Note: Anyone on medication for management of diabetes should NOT begin the ketogenic diet until they have spoken first with their doctor so as to safely taper medications and avoid the risk of severe, life-threatening hypoglycemia. 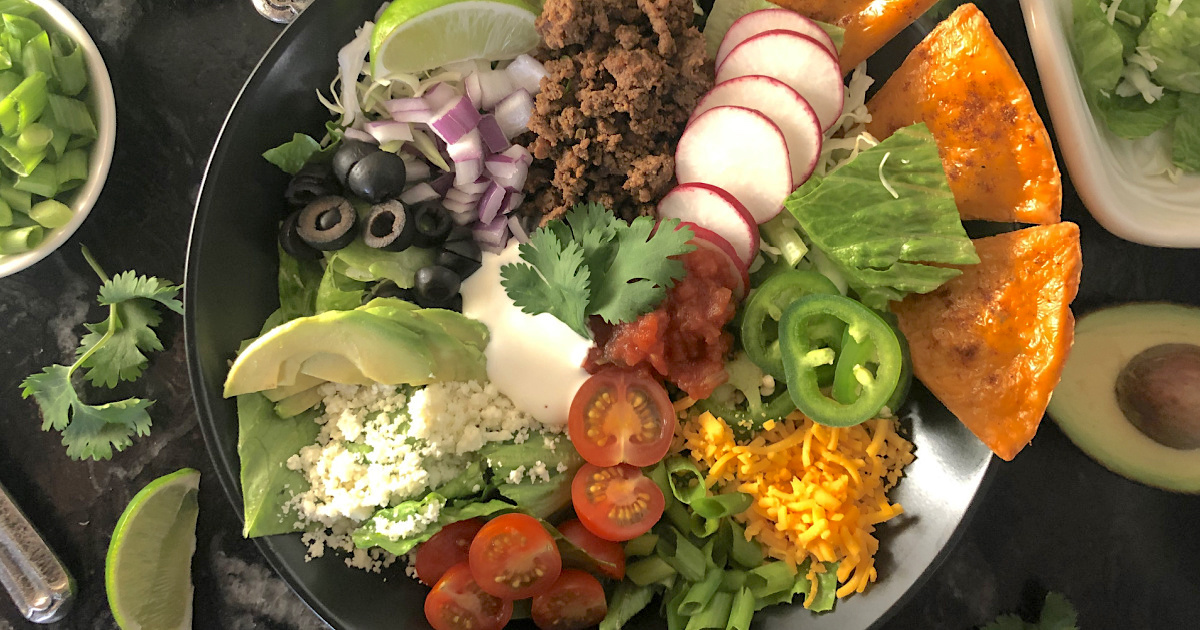 But what about Type 1 diabetes?

According to the current research, the ketogenic diet may help reduce the need for insulin and slow down disease progression in Type 2 Diabetes. However, Type 1 Diabetics are unlikely to ever completely come off of insulin entirely as their bodies are unable to produce enough insulin to manage even the small amount of carbohydrates from dietary intake as well as what is produced by the body.

What are the other benefits of a healthy keto diet? 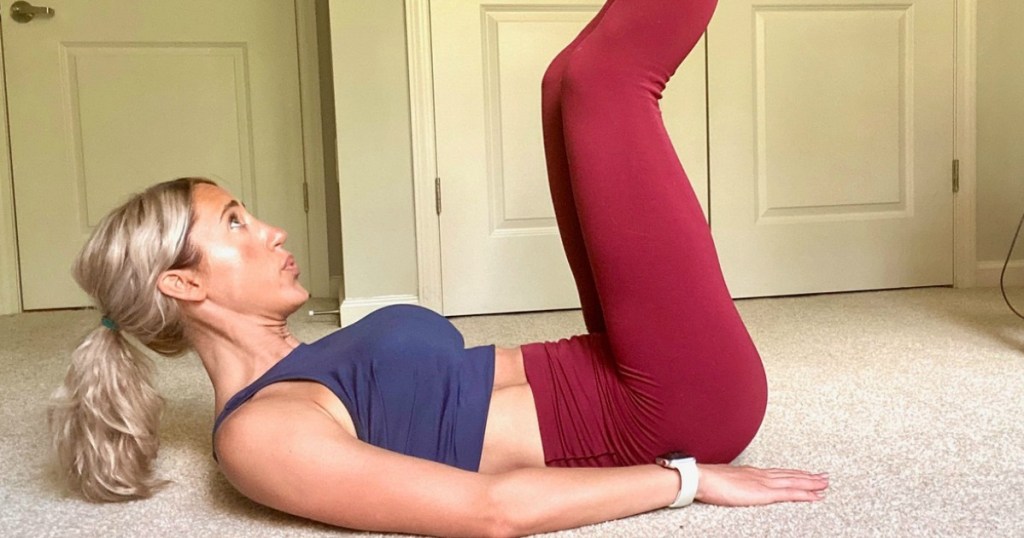 Below are other areas of research the diet has shown to benefit:

Who’s at high risk for starting the ketogenic diet? 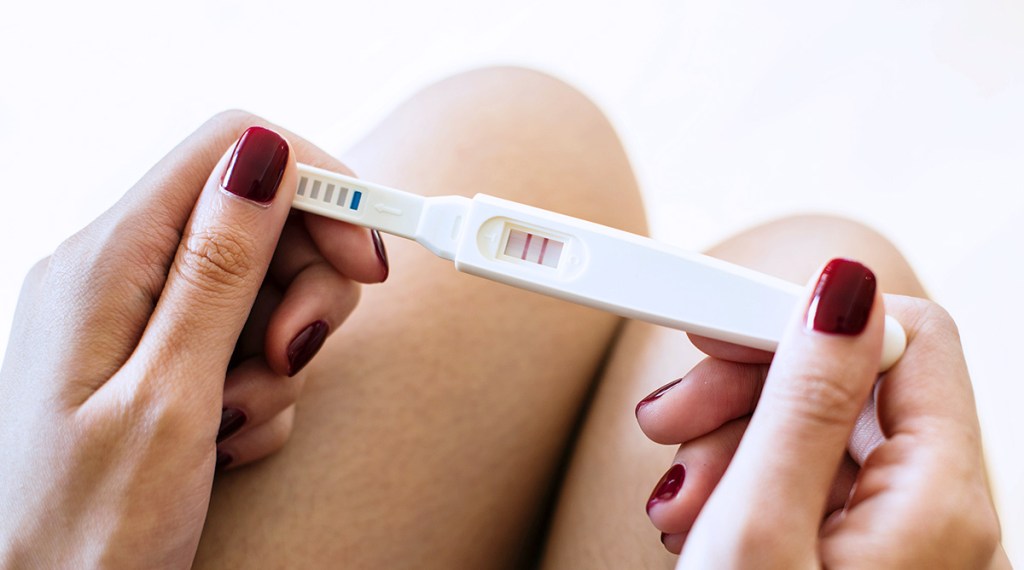 The ketogenic diet may offer many health benefits as mentioned above, however, dieting is NOT one-size-fits-all. And although it may be a complete game-changer for some, it may not be for others. Below is a list of conditions that may present a higher medical risk.

People with these conditions should absolutely talk with their doctor BEFORE starting the ketogenic diet:

So, is the ketogenic diet healthy and safe? 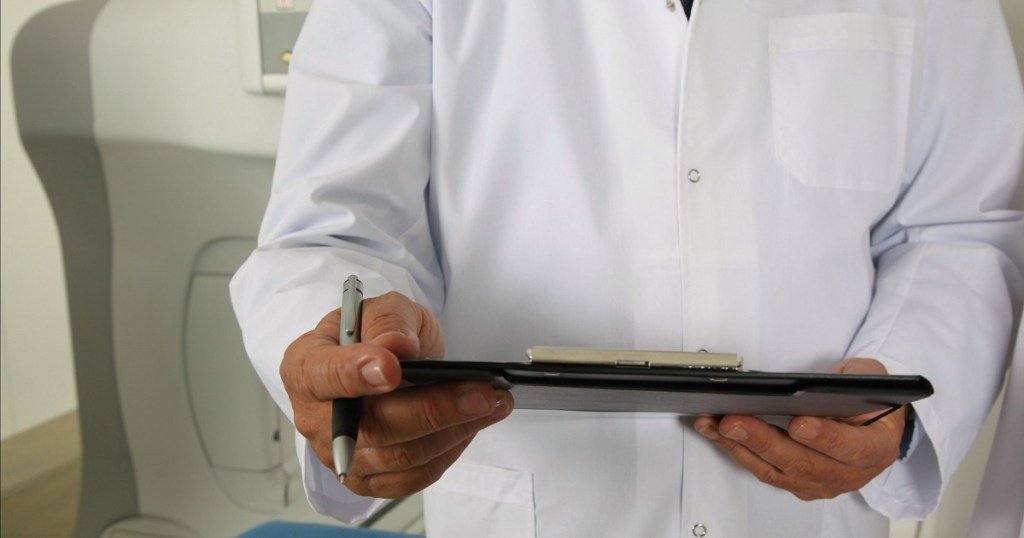 In general, the answer is yes!

A well-formulated keto diet is a very healthy way of eating. But if you think it’s just as simple as not eating carbs, you might end up finding yourself in trouble and back on the chronic diet train. Those willing to exercise restraint against non-keto foods, adopt healthy habits, and seek out professional guidance will find keto to be a healthy sustainable lifestyle and not just another failed attempt at dieting. 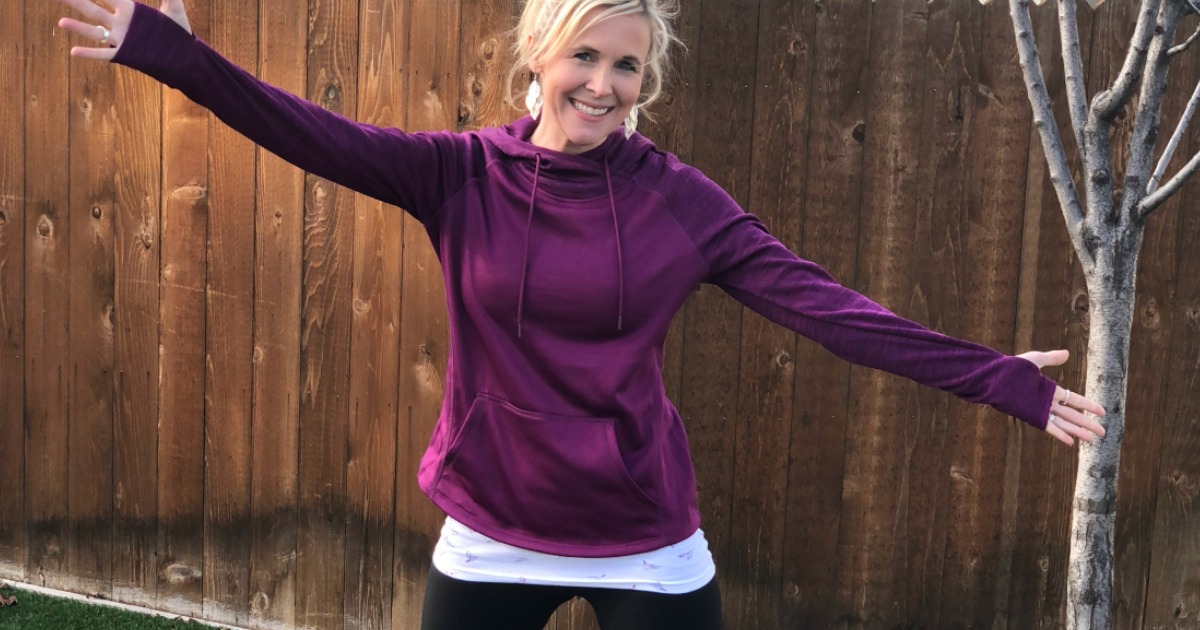 In a nutshell: The keto diet has been criticized as “unsustainable” and “impractical”; however when done with the right guidance to create a well-formulated and personalized diet plan, the keto diet results in a rewarding lifestyle rather than just another diet.

If you need a little inspiration to get started yourself, check out some of our keto success stories to see how others have benefitted from this amazing lifestyle!

Now that you know the keto diet is safe, try out some of our delicious keto recipes! 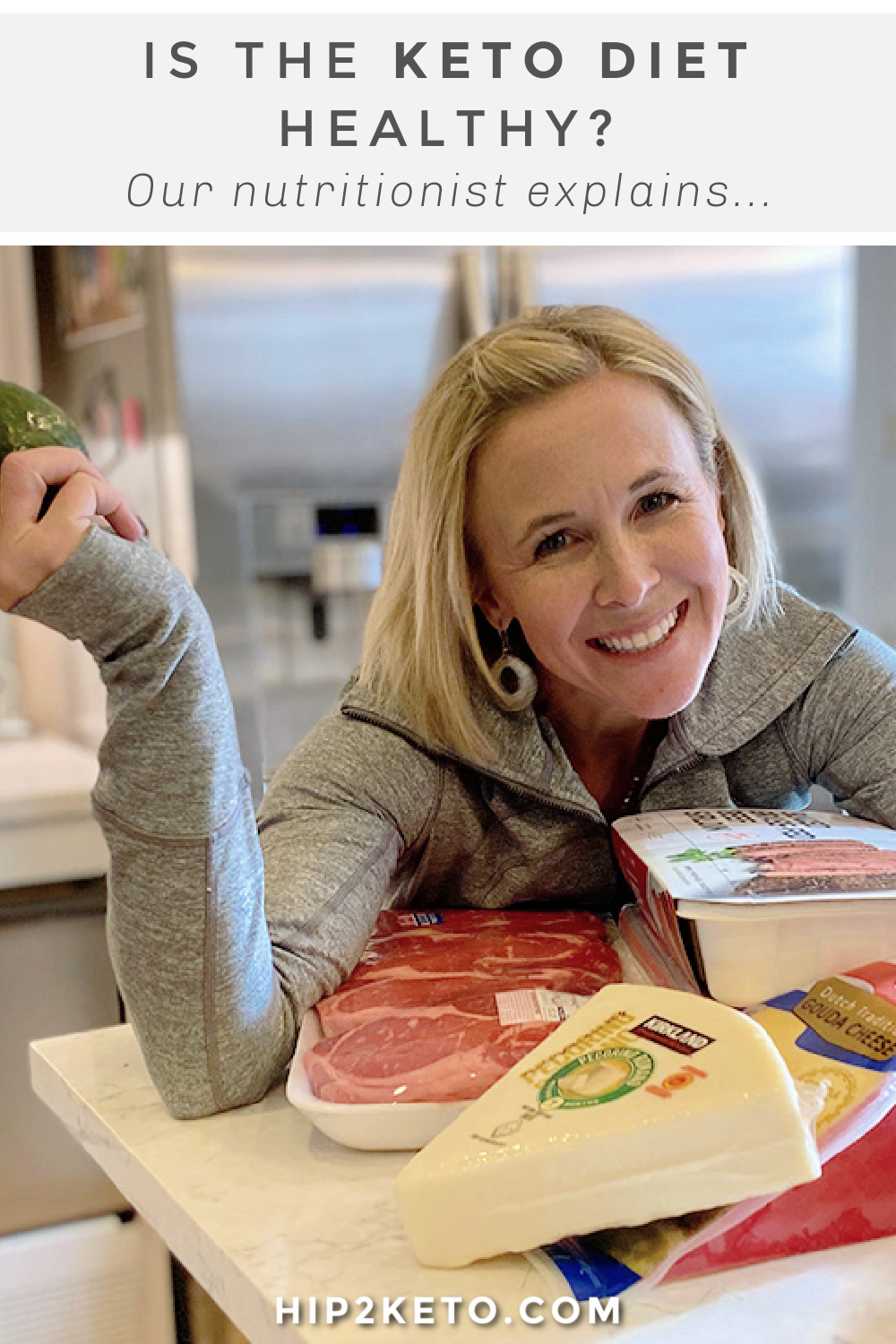