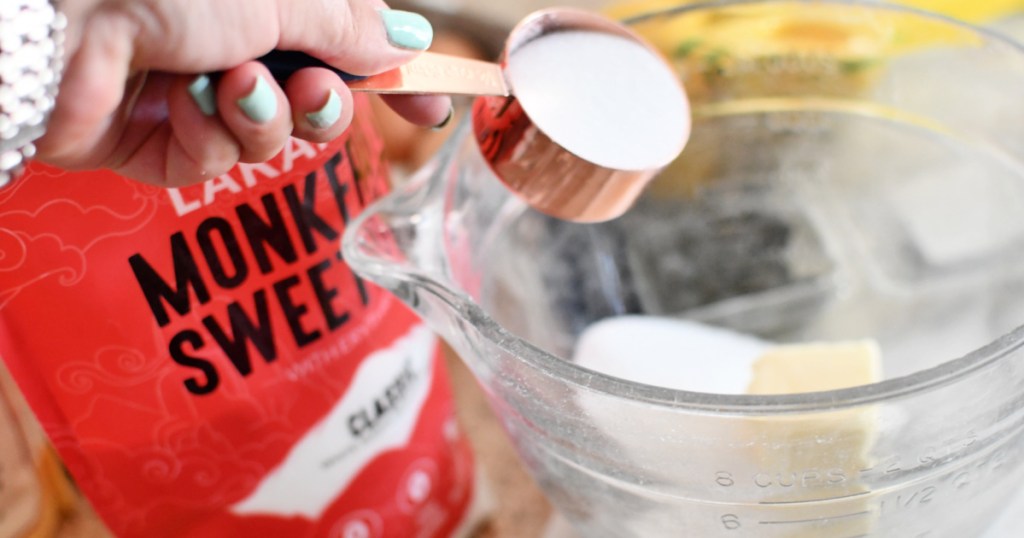 Alternative sweeteners are a crucial part of the ketogenic diet for those who love to indulge in sweets and desserts. The only problem? It’s tricky switching between sugar-free sweeteners in recipes, especially when some sweeteners are more potent than others.

Luckily, we have a handy conversion chart that makes swapping sugar for your sweetener of choice super easy!

That being said, not all zero-sugar sweeteners are created equal. 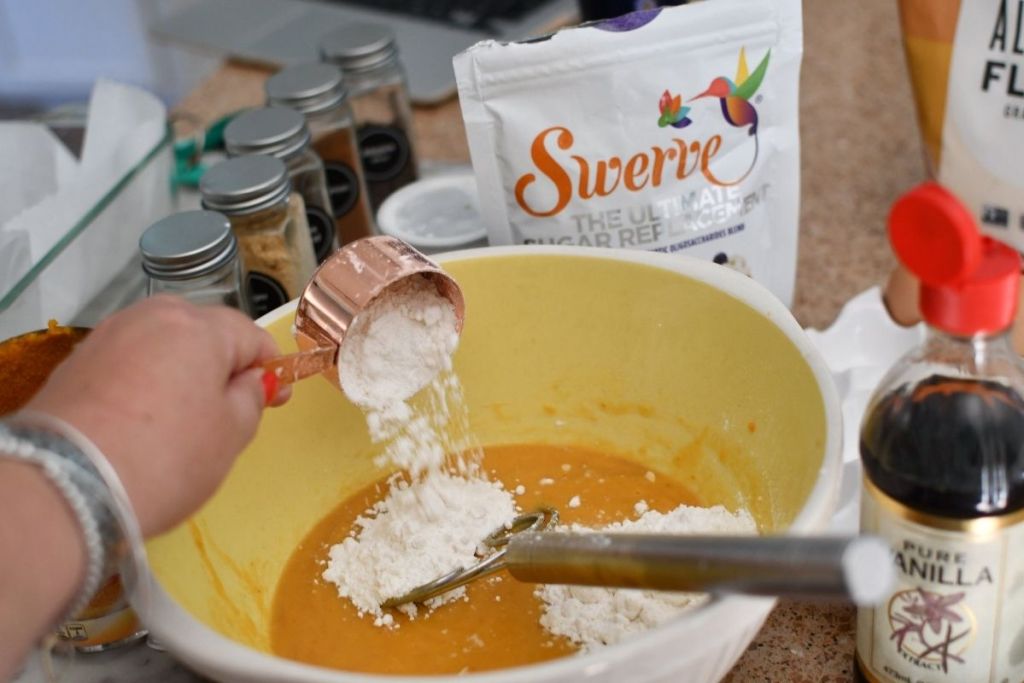 Some of the low-carb sweeteners out there are notoriously hard on your tummy, including maltitol, which is often found in sugar-free candies, or aspartame, which is used to sweeten several brands of diet soda.

While you can technically enjoy everything in moderation, some options are better than others when it comes to sweetening up your keto baked goods.

Here are some of our favorite low carb & keto-friendly sweeteners: 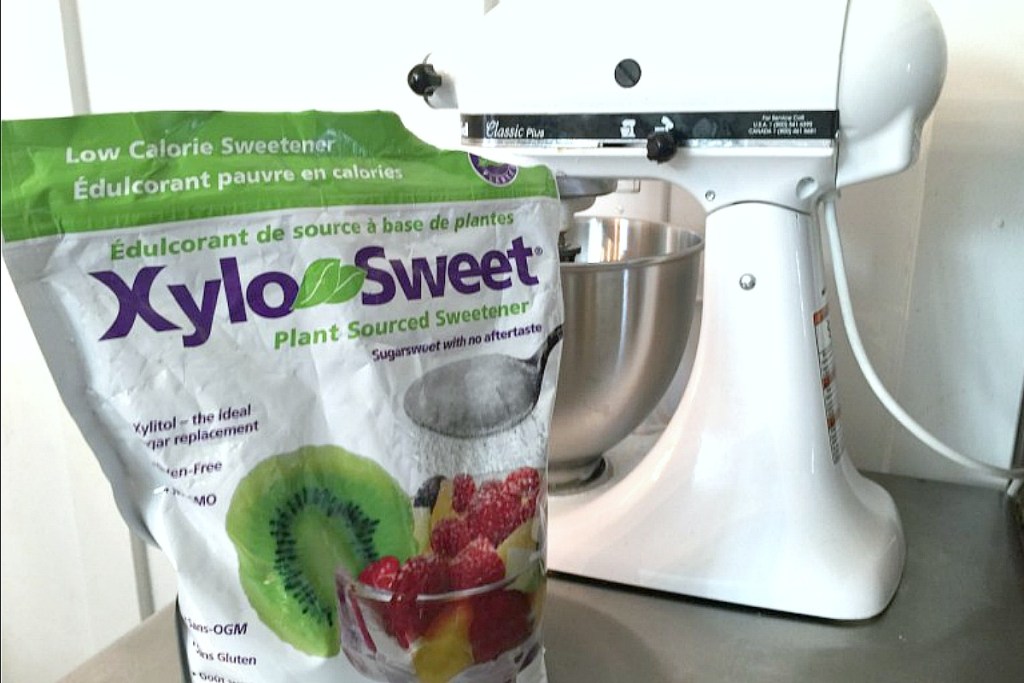 Traditionally sourced from birch bark, xylitol is pretty much on par with sugar in terms of sweetness. We’re also huge fans of the mouthfeel of xylitol as it’s crystalline just like sugar, and it doesn’t have the aftertaste of other sweeteners. 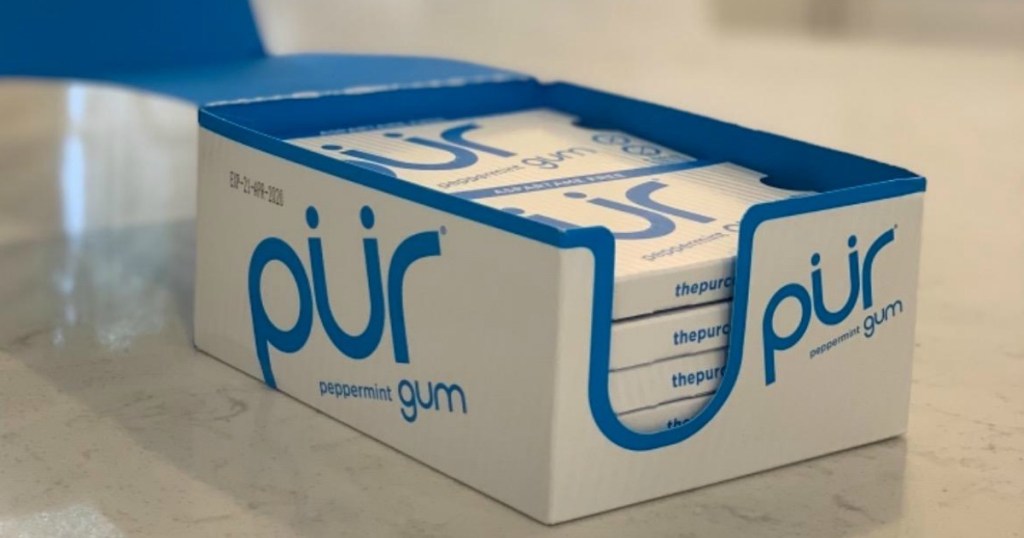 If you’ve never had xylitol before, chewing gums like Pur are a favorite thanks in part to its antibacterial nature. In fact, because Xylitol is a nonfermentable sugar alcohol, studies suggest that xylitol users may enjoy improved mouth health among many other health benefits as well. 😁

WARNING: Xylitol is toxic to dogs, cats, and other pets. In humans, consuming too much can also cause stomach upset and bloating, so use caution until you know how your body responds.

Erythritol is one of the best all-around keto sweeteners. 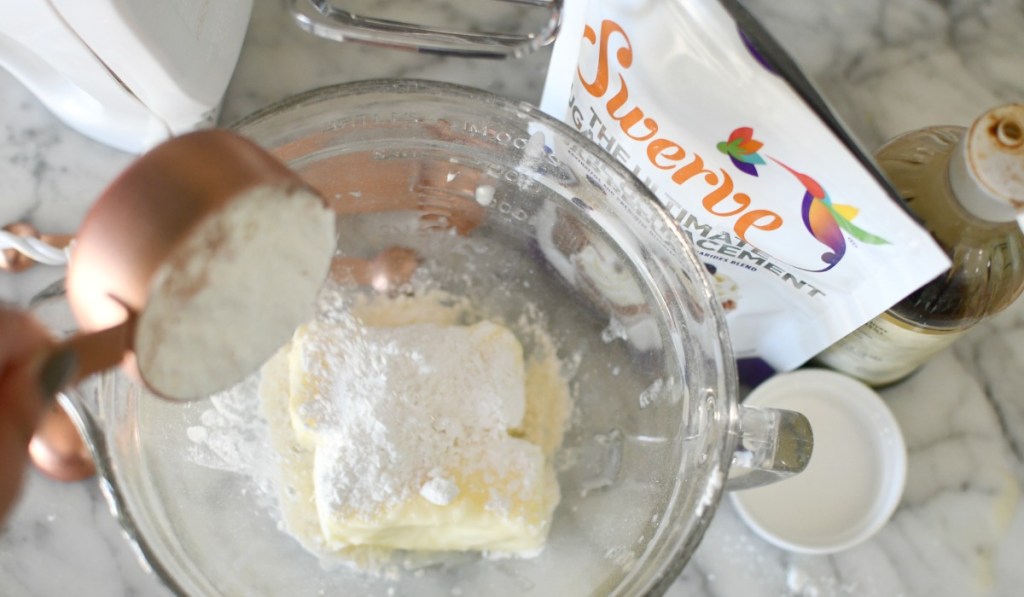 Thankfully, erythritol has become increasingly popular, especially since it doesn’t pose the danger to pets as xylitol does. Chocolate bars like Lily’s and ChocoPerfection both use this sweetener, and they taste pretty close to the real thing!

If you plan to bake your own keto baked goods, brands like Swerve come in confectioners, granular, and even in brown for richer sweetness, so you can use Swerve for everything from the cake to the frosting! 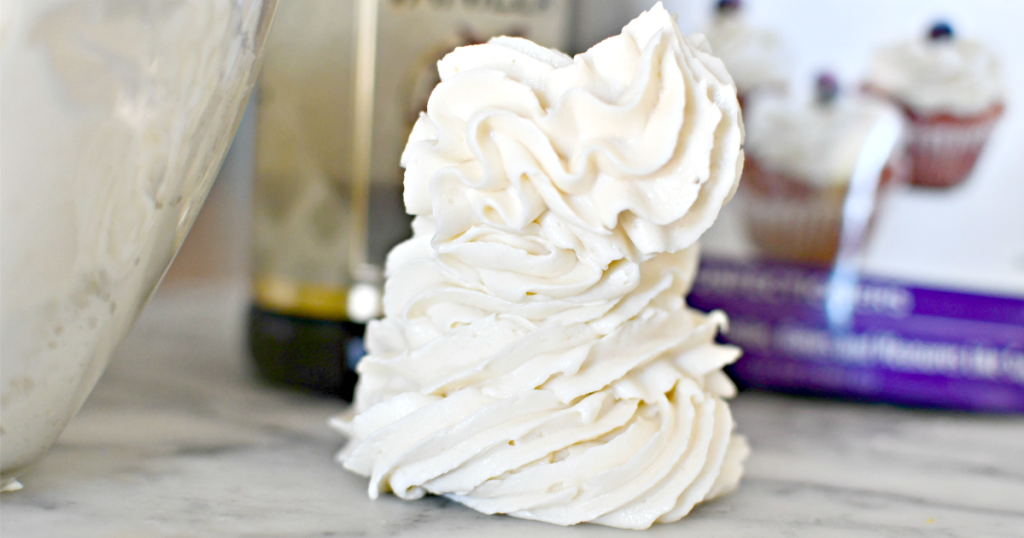 Erythritol can have a cooling effect, so it’s perfect when paired with chicory root.

Also, since erythritol doesn’t break down in recipes as well as other sweeteners, it tends to keep its crystalline, crunchy structure. I typically measure out the amount I need and then powder it in my Ninja (or another food processor) before adding it to recipes. Or you could use the Swerve confectioners and bypass this step.

Stevia is ultra-sweet and a little goes a long way. 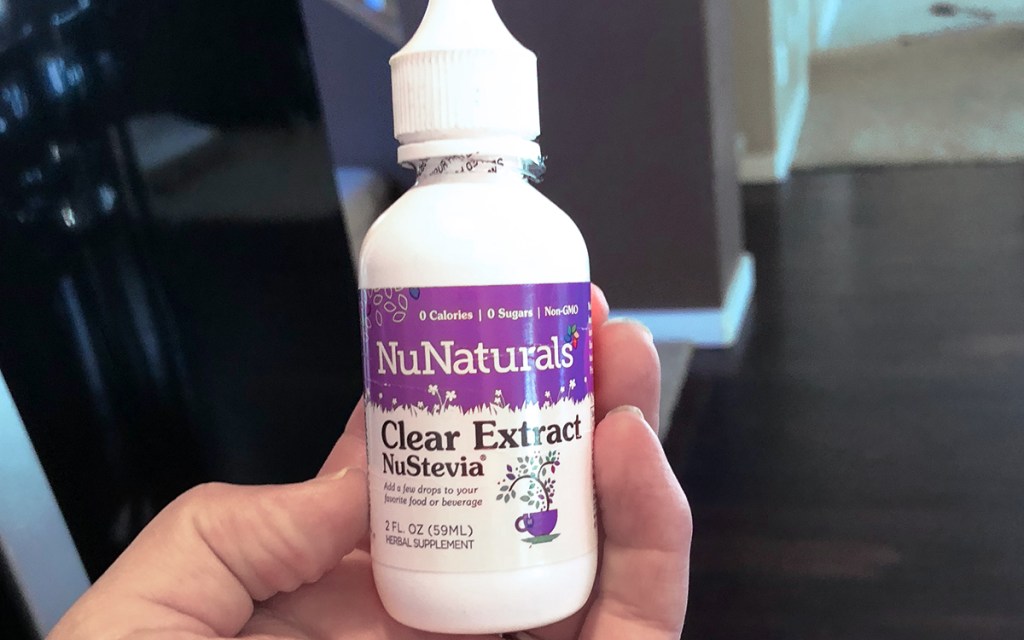 Stevia has been emerging as a popular keto option for a few years now. Related to the daisy and ragweed family, the species Stevia rebaudiana is found in South America, where for centuries people have used leaves from the stevia bush to sweeten their foods.

Stevia is 150 times sweeter than sugar, so use it sparingly. As little as 3/4 teaspoon is enough to replace a cup of sugar according to our sweetener conversion chart. Sure, to supertasters the flavor can be off-putting, but the hybrid sweeteners (stevia + another sweetener, like erythritol) are GREAT for baking, hot drinks, and more. 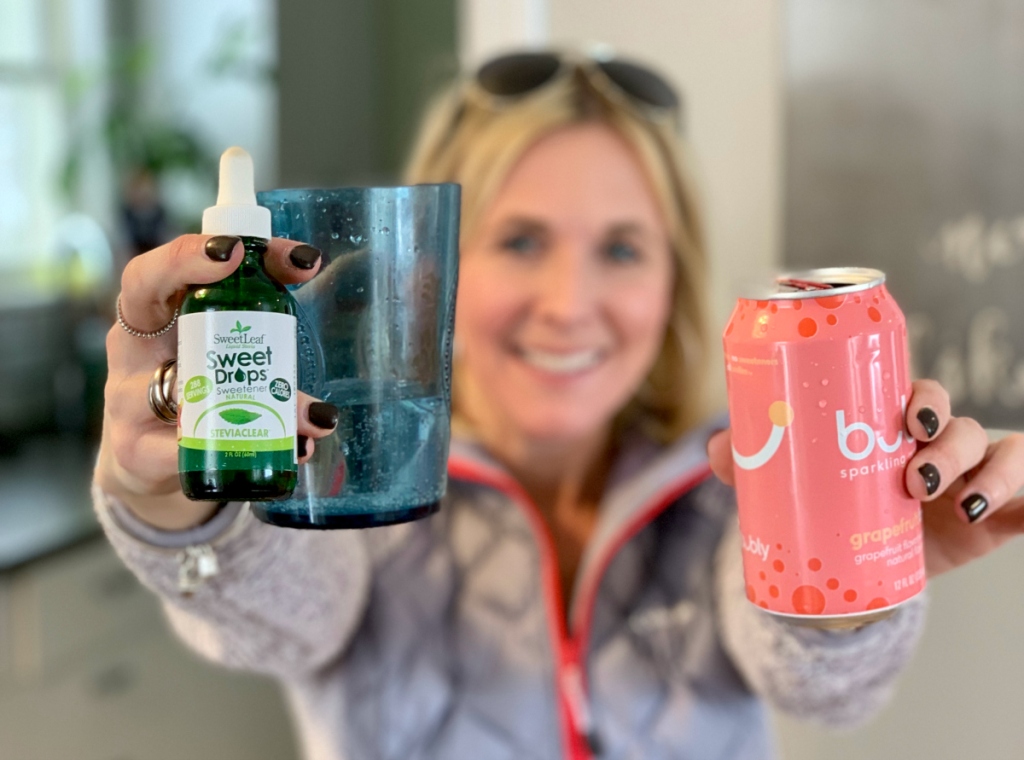 A few other brands of Stevia that you may want to try include: 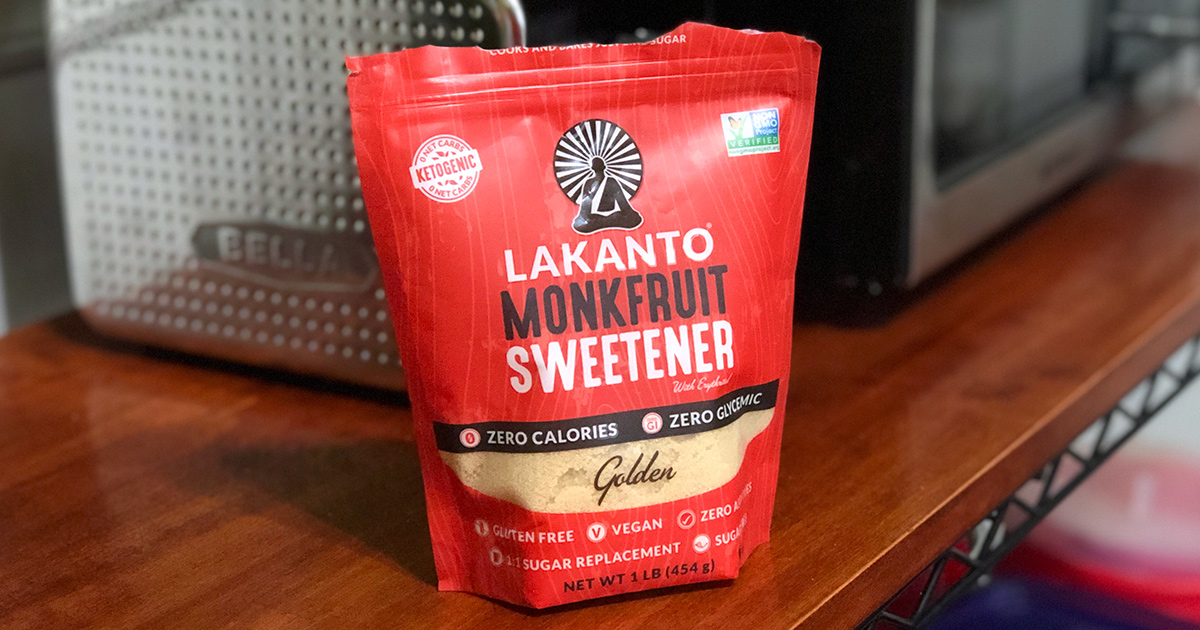 Monk fruit is a type of small melon found in South East Asia. Antioxidants called mogrosides (found only in monk fruit) create its sweet taste. Monk fruit is 150-200 times sweeter than sugar, which means a little goes a long way, and it’s often blended with erythritol. 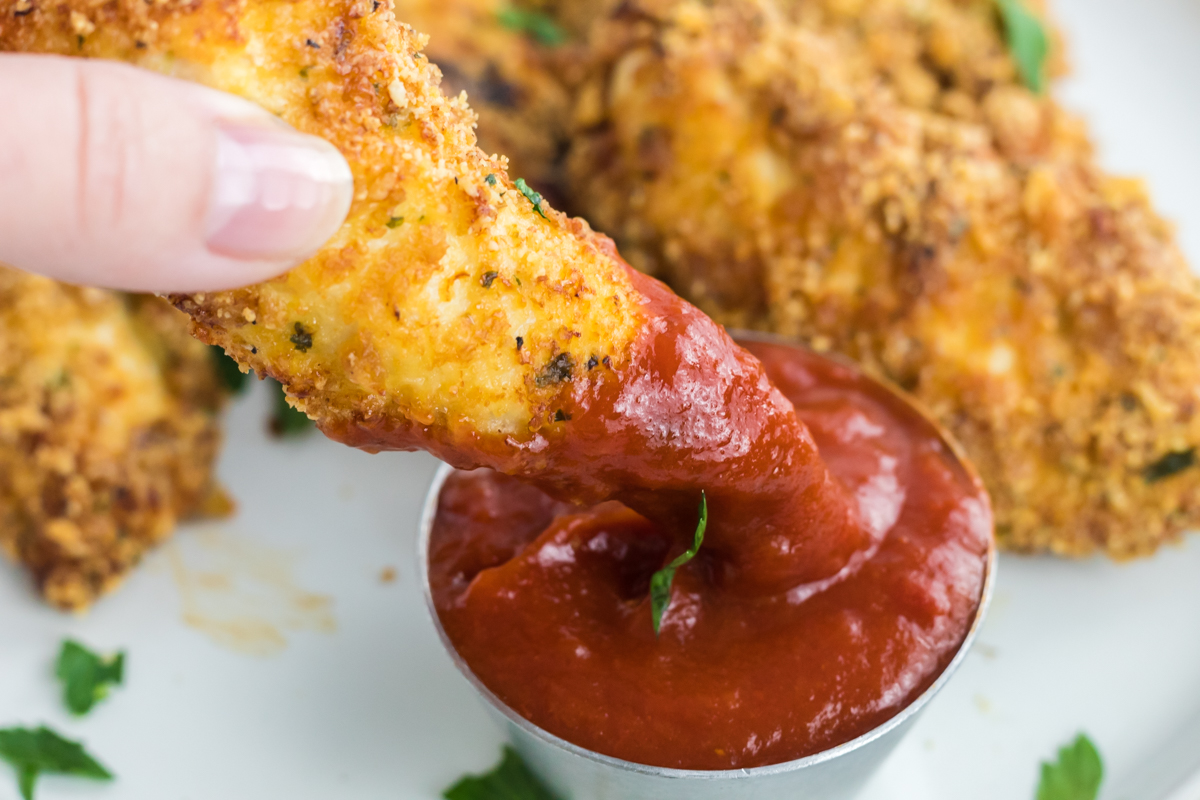 We use monk fruit to sweeten our homemade keto ketchup and our keto margaritas, though it’s quickly becoming a staple in keto baking as well. Outside of at-home use, you’ll see it increasingly used often by brands like ChocZero.

Chicory Root is especially good when used in combination with erythritol. 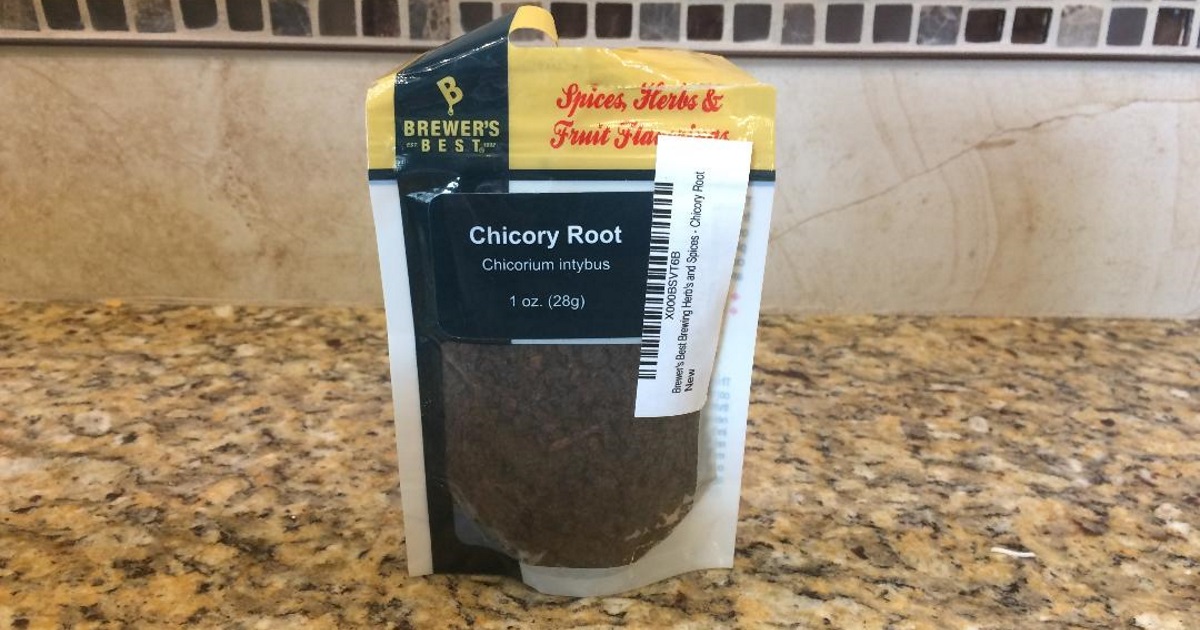 Chicory root is a fiber of a perennial plant that’s fairly high in soluble fiber. Studies suggest chicory may prevent constipation since it stabilizes gut health. Before using, be sure to check the label to make sure the sweetener contains just chicory, or if there are other added sugars or alcohols as well.

You can either buy it in its natural form and process it or purchase an easy-to-use granulated version.

Allulose is a tasty choice when used alongside other sweeteners. 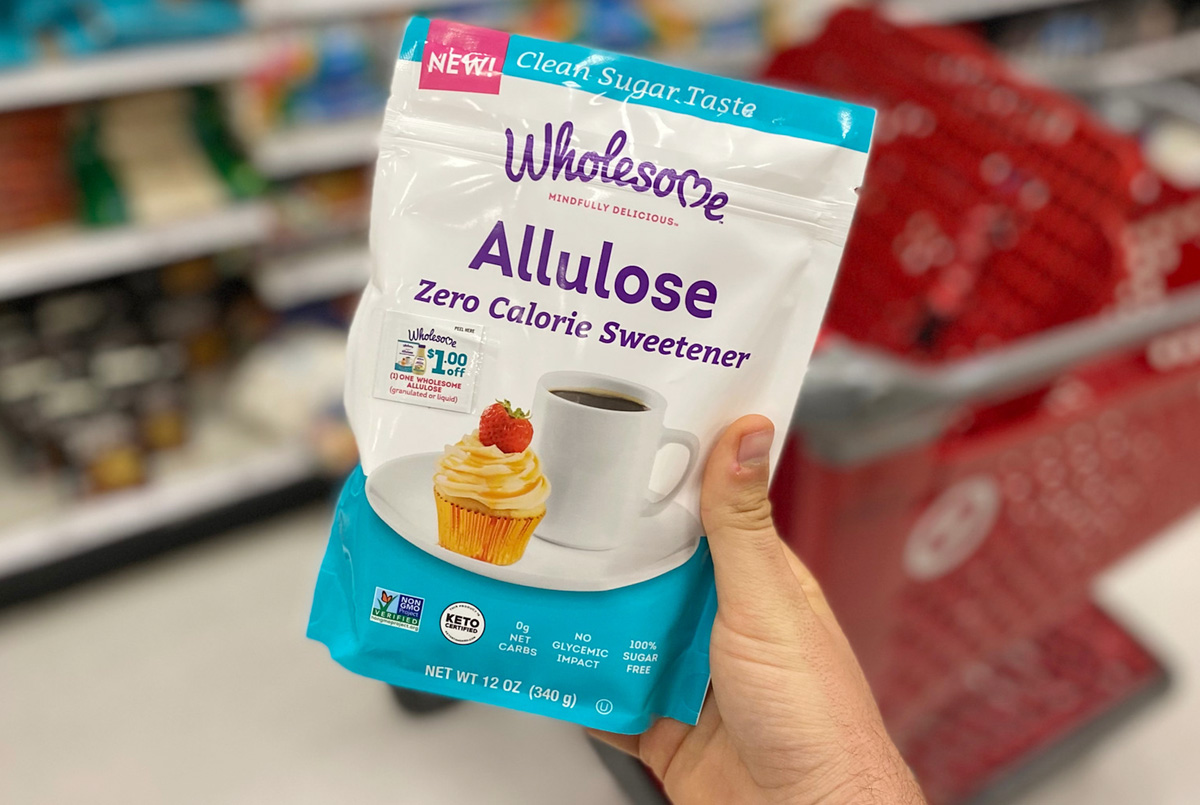 Also known as D-psicose, Allulose is fairly rare since it’s only found naturally in wheat, raisins, and figs. Notably, more keto products than ever are using this sweetener, and it’s very good. 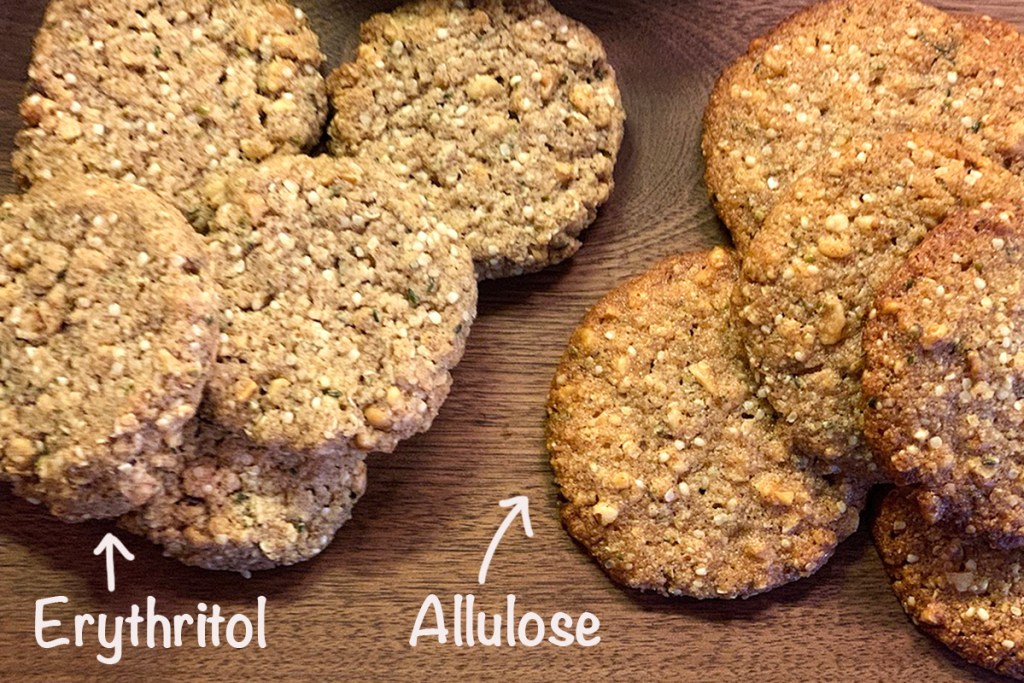 Want to give Allulose a try? Check out Wholesome Allulose, Whole Earth, and Keystone Pantry brands.

EZSweetz, Liquid Splenda, or Sucralose aren’t the healthiest options, but they’re potent enough to use in small doses. 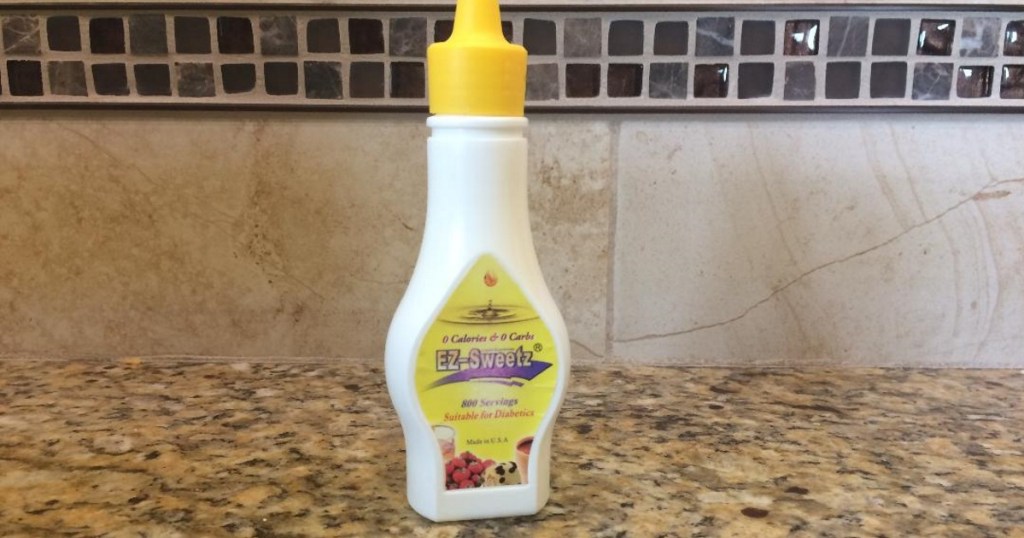 And as you’ll see in our sweetener conversion chart, concentrated sucralose is easily 600 times sweeter than sugar, so you need only the smallest amount to make a sweet impact.

Note: This sweetener is considered dirty keto by many, so keep that in mind when deciding if you want to incorporate it into your diet. 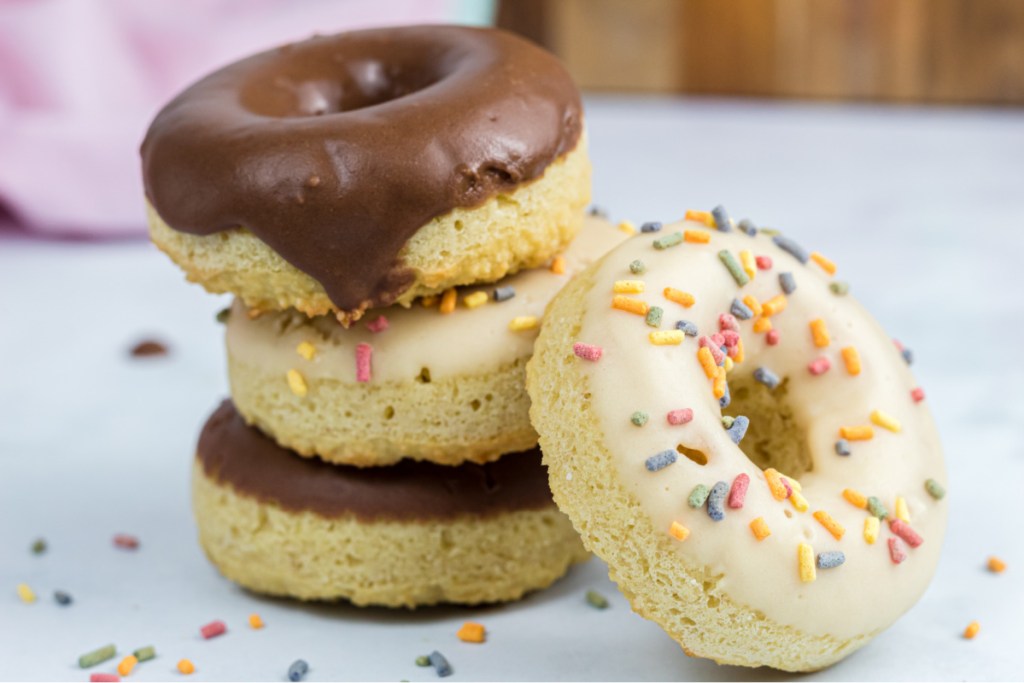 Now that you know our favorite sweeteners, here’s how to use them! 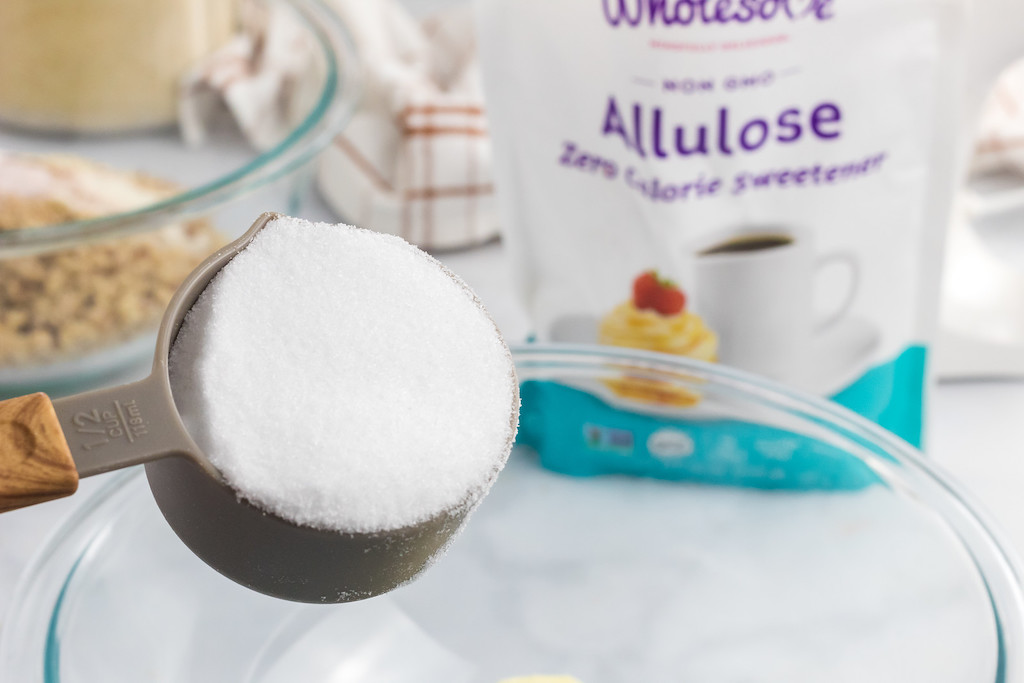 Instead of memorizing each sweetener’s conversation rate or breaking out your calculator every time you bake, download and print this handy sweetener conversion chart! 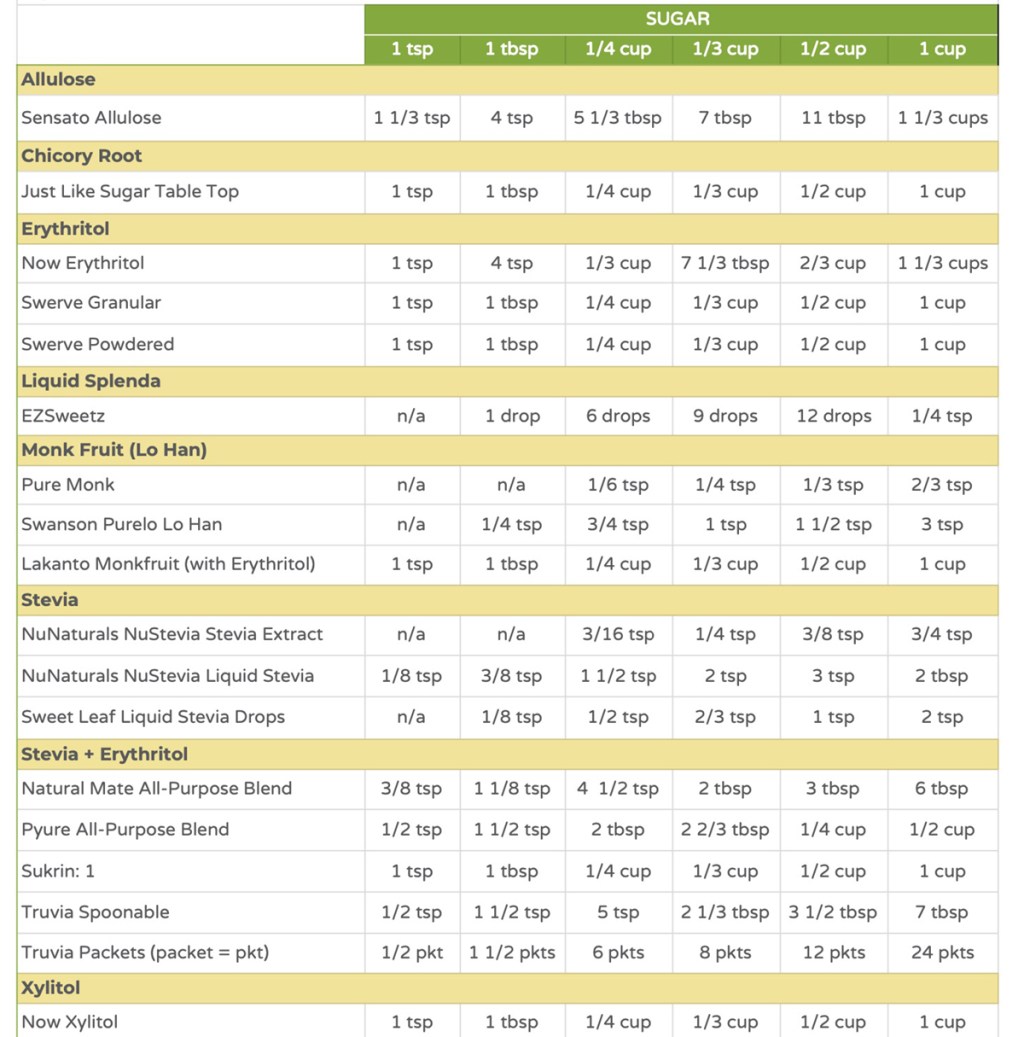 Get your recipe inspo on with these yummy keto desserts! 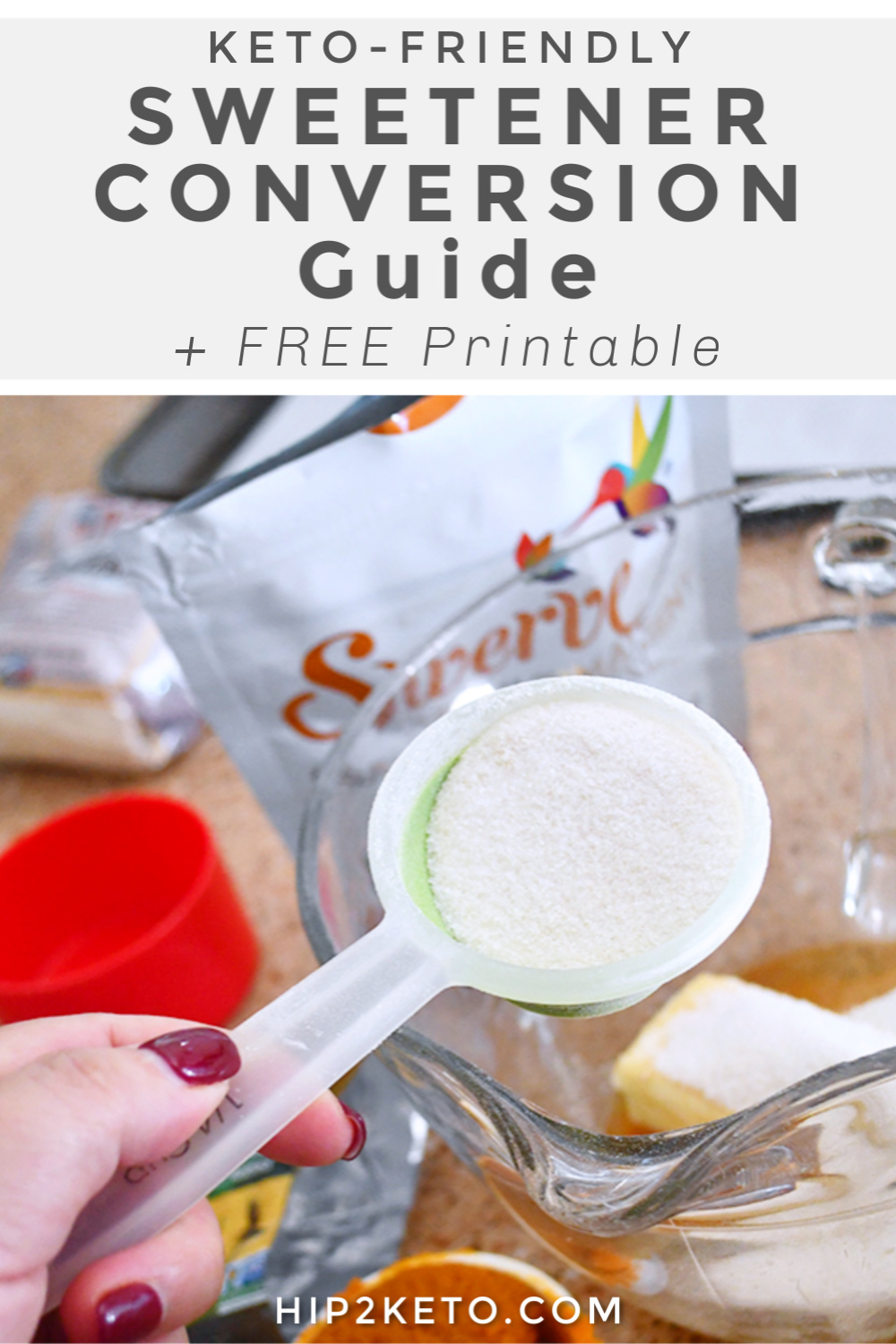