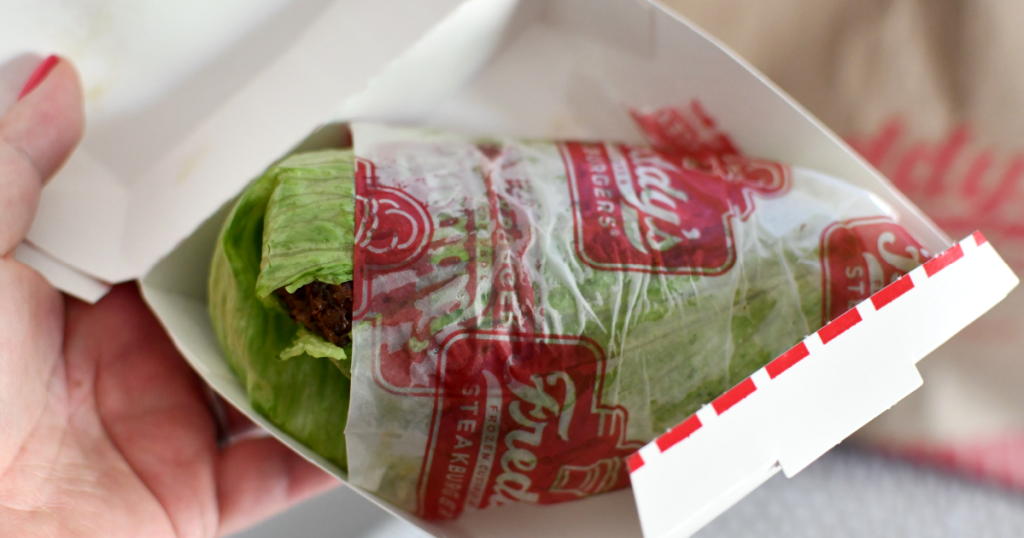 Freddy’s Frozen Custard & Steakburgers menu has plenty of keto & low-carb options to keep you satisfied no matter what you’re craving, but it may help to have a little guidance on which keto items to order. Luckily, it’s pretty easy to score a delicious low-carb meal at Freddy’s with a few simple swaps.

One thing we really love about their nutrition guide is that it includes menu items without the sauce, and they have lettuce-wrapped options in there as well! That makes finding the net carbs for each item so seamless and easy. 🙌 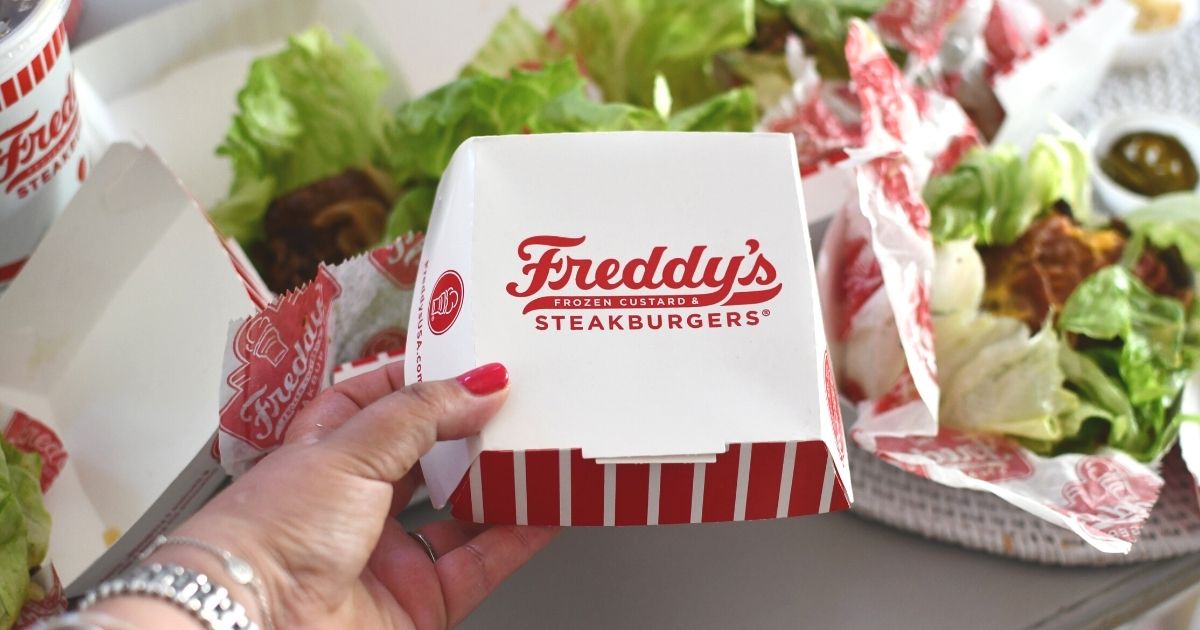 Here are the basics for easy Freddy’s keto ordering:

Please note that some condiments and menu items at Freddy’s Frozen Custard & Steakburgers may be considered dirty keto by some, so as always, enjoy based on what works best for your low-carb lifestyle. 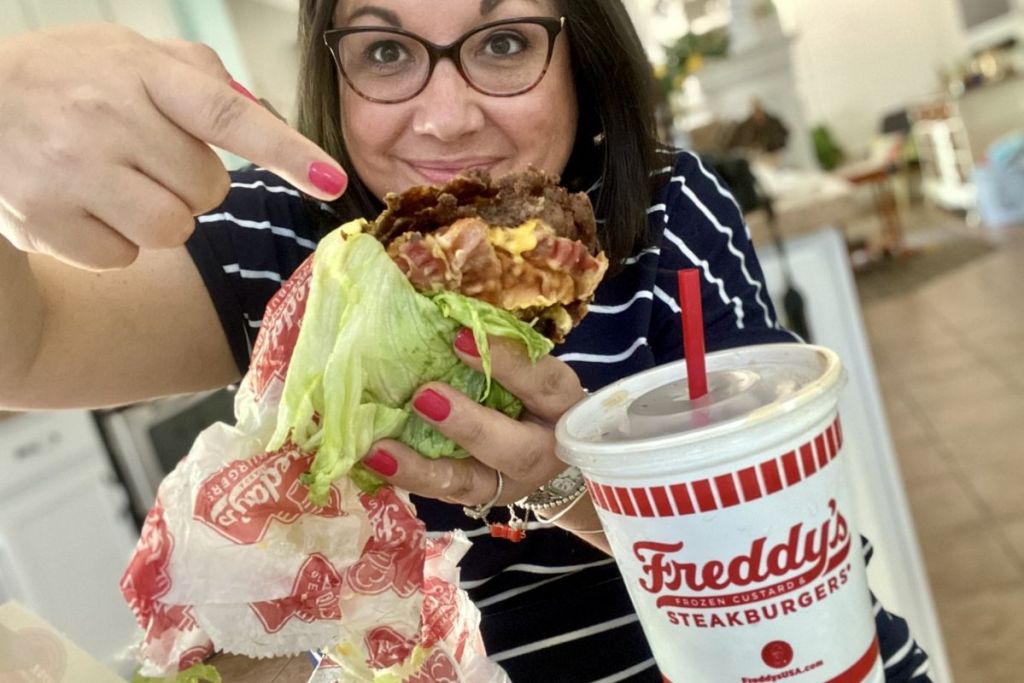 Like I mentioned earlier, Freddy’s has a whole lettuce-wrapped menu section that’s all fair game when it comes to keto eating (with only a few exceptions). You can order each menu item without the sauce, but I’ve found it only adds around 1g net carbs. If anything, you can always order it on the side to control how much goes on your sandwich.

The best part about this menu is that it’s great for folks who don’t like having to make a bunch of changes while ordering!

These items can be ordered as-is from the lettuce-wrapped menu, so it’s one of the easiest places to order a keto meal. 🙌

Here are the Freddy’s keto menu items up for grabs:

Note: All of these nutritional values do not include any sauce. 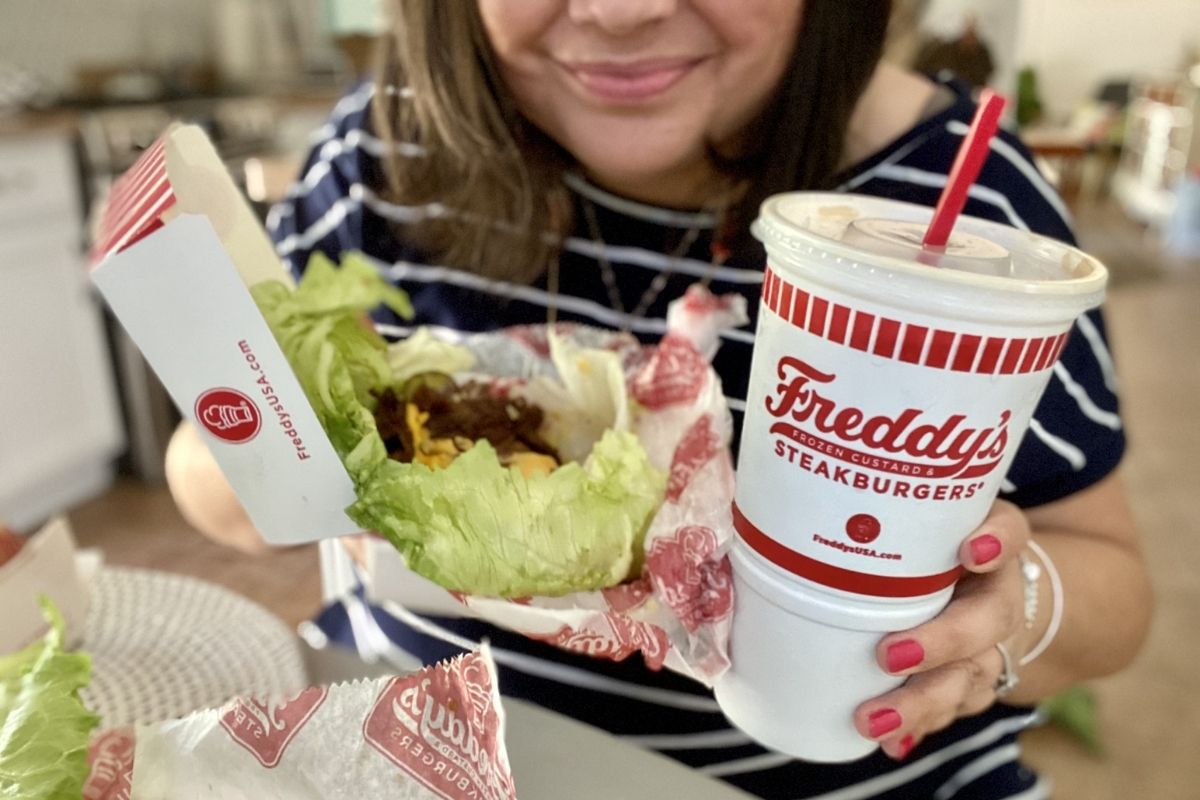 Freddy’s Steakburgers come with a beef patty, cheese, mustard, onion & pickles. Swap the bun for a lettuce wrap instead. 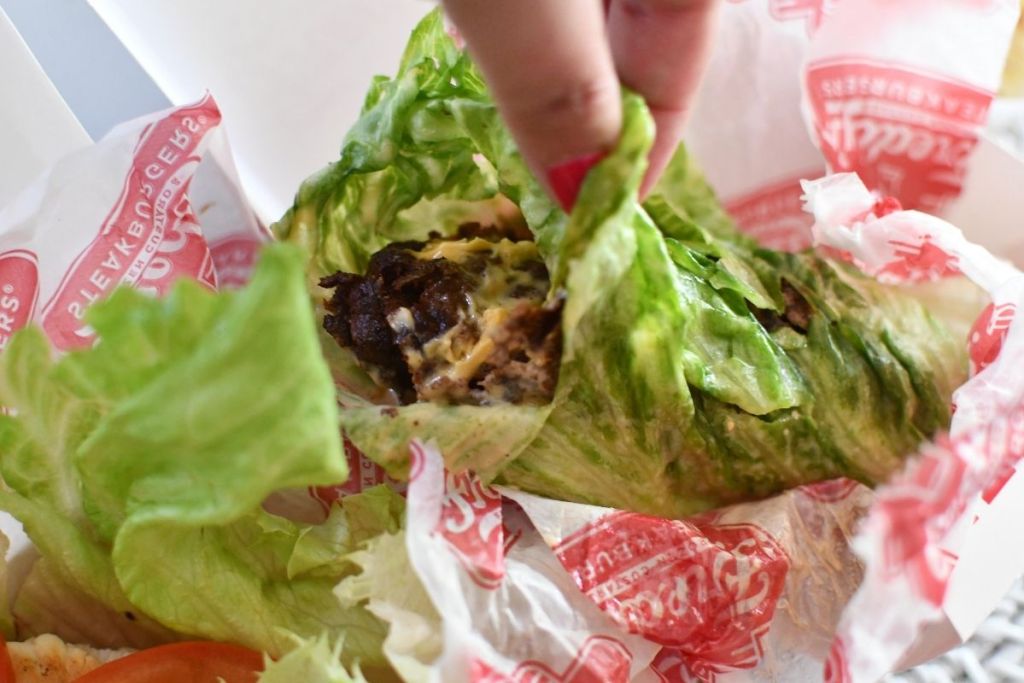 The Double California-Style Burger does typically come with Thousand Island sauce, and we went ahead and left it on since it’s delicious and adds only 1g net carbs. However, if you want to save that carb, you can ask for it without the sauce. Don’t forget to ditch the bun and ask for a lettuce wrap instead. 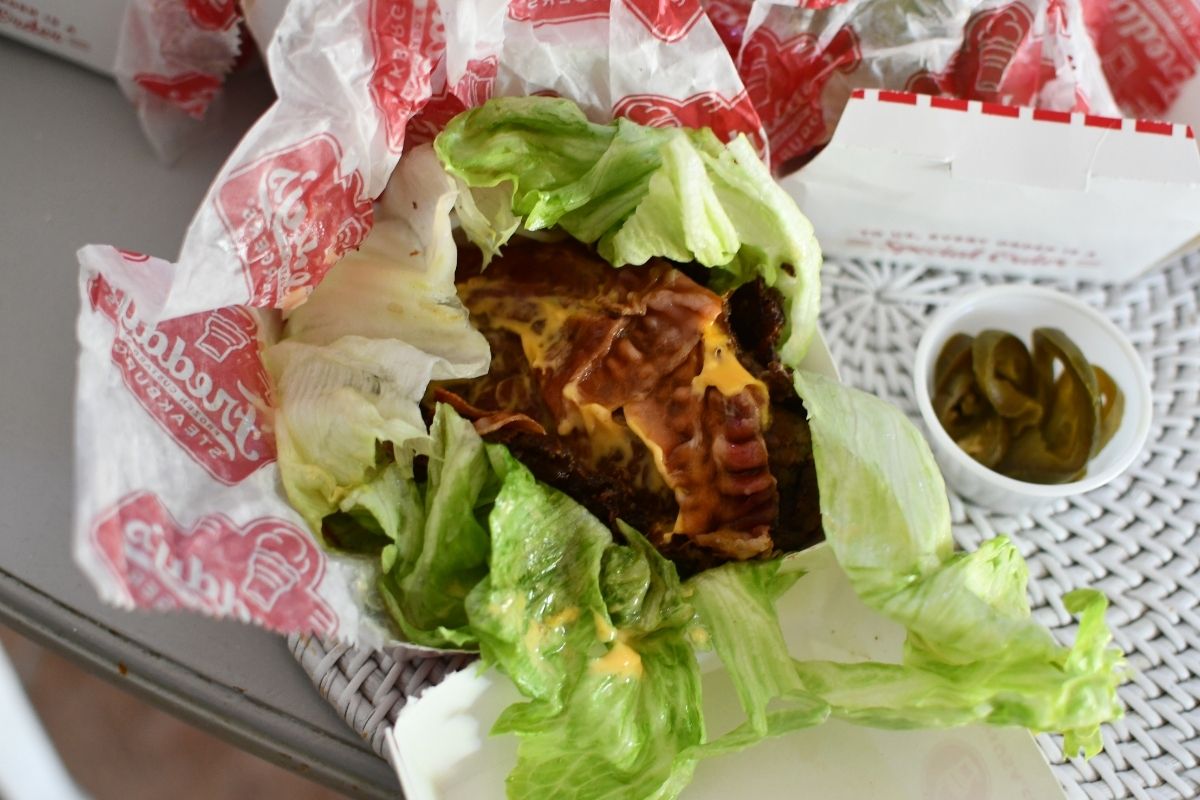 What’s better than bacon?! 😋 Freddy’s Bacon Steakburger has the same ingredients as the traditional steakburger, but you get an extra savory kick from the bacon. Lettuce takes the place of the bun for a low-carb wrapping. 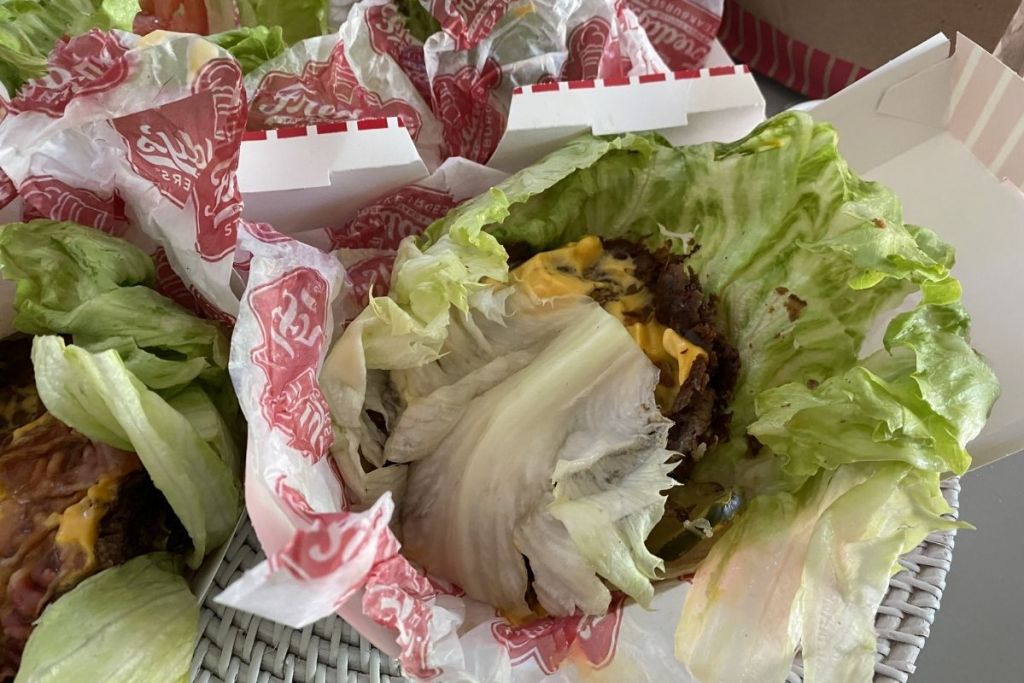 Enjoy the caramelized onions and melty Swiss cheese of Freddy’s Patty Melts by ordering them in a lettuce wrap! It’s nice and filling since it’s made with two steakburger patties. 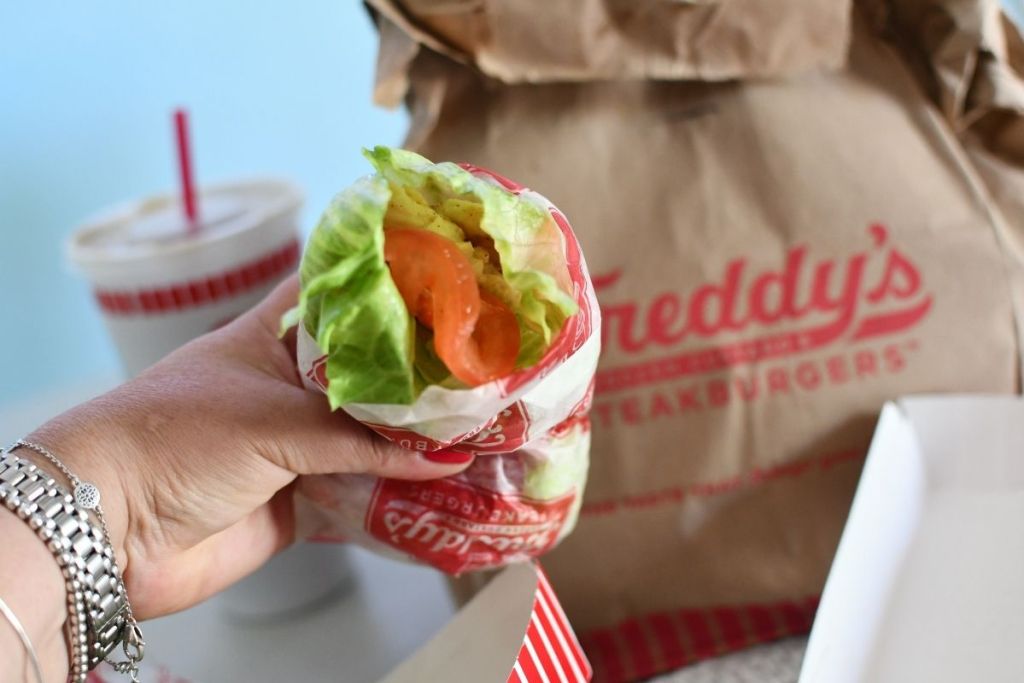 Craving something other than beef? The lettuce wrapped version of Freddy’s Grilled Chicken Breast Sandwich is a tasty option with juicy grilled chicken, lettuce, tomato, and only 3g net carbs. 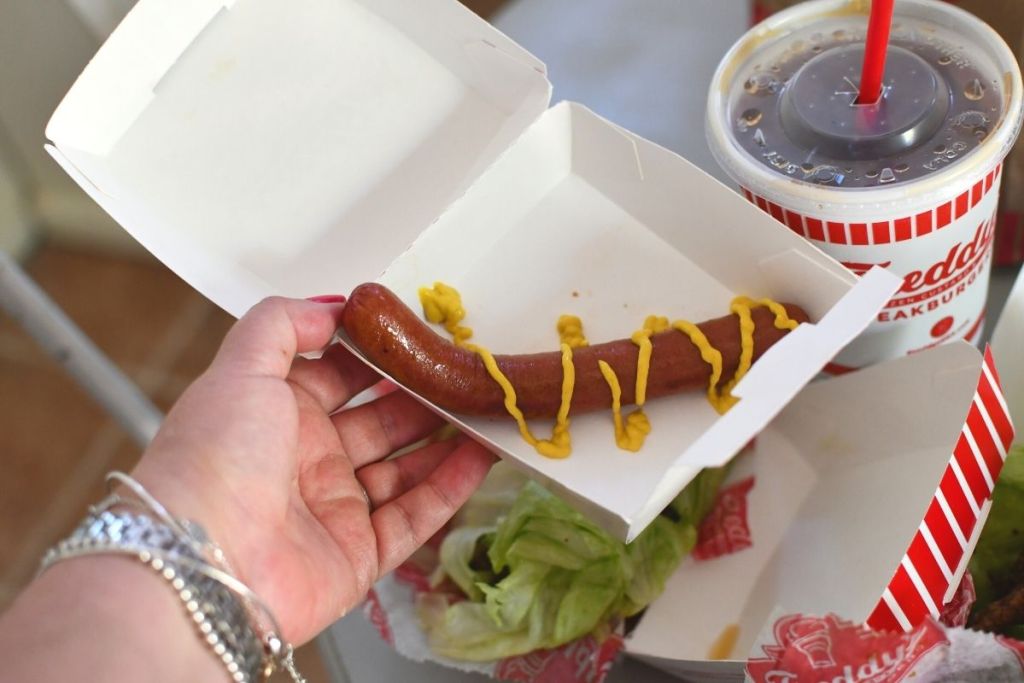 Freddy’s serves up classic hot dogs without any sauce included (unless you want it!), so those are always a safe bet when you want to keep it keto. I said bye-bye to the bun and opted for a drizzle of plain yellow mustard on mine. 😋 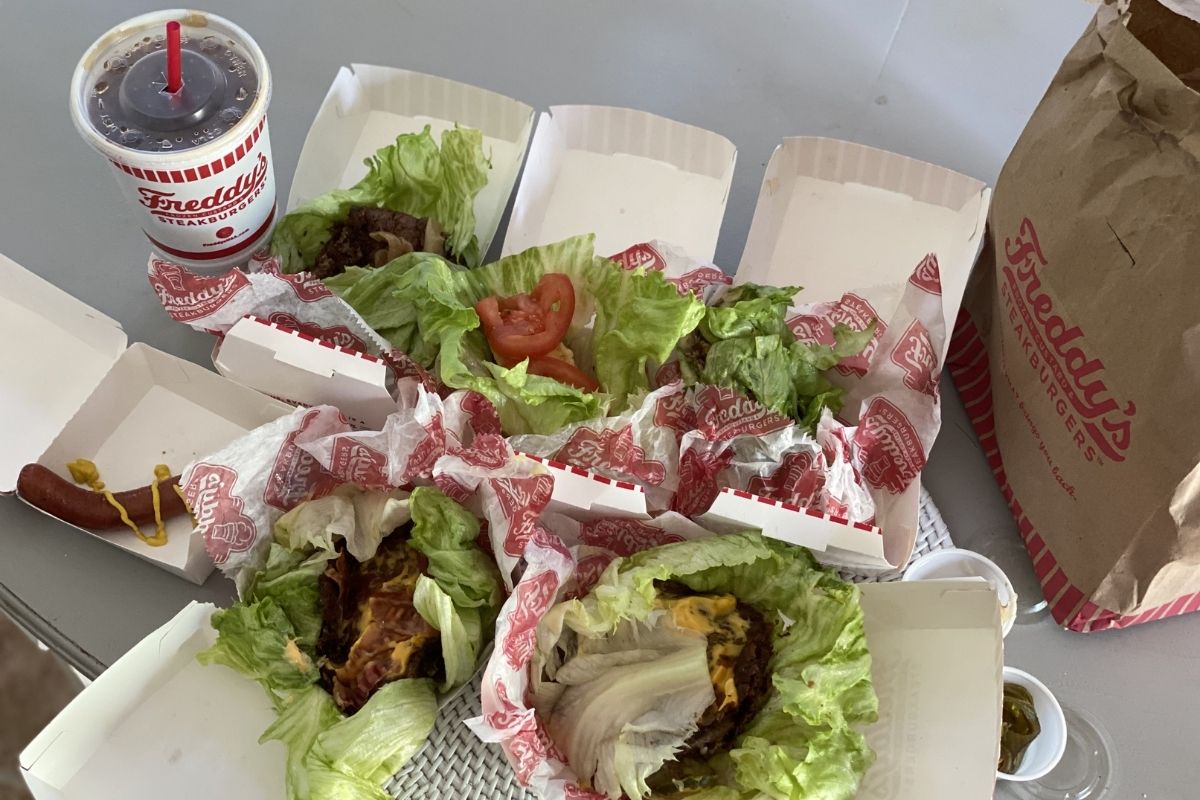 Granted, if you’re more of a low-carb eater than strict keto, you may find those numbers low enough that you can enjoy those menu items every once in a while. 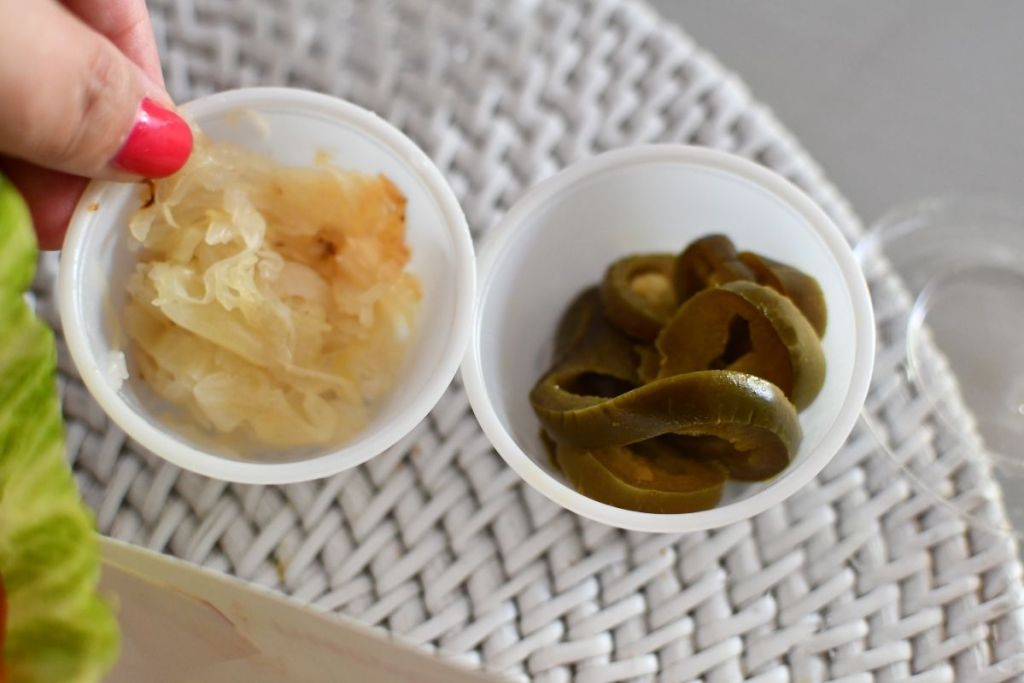 Want keto toppings? You have a bunch to choose from!

If you wanna add some more flavor to your meals, stick with these low-carb toppings and condiments. 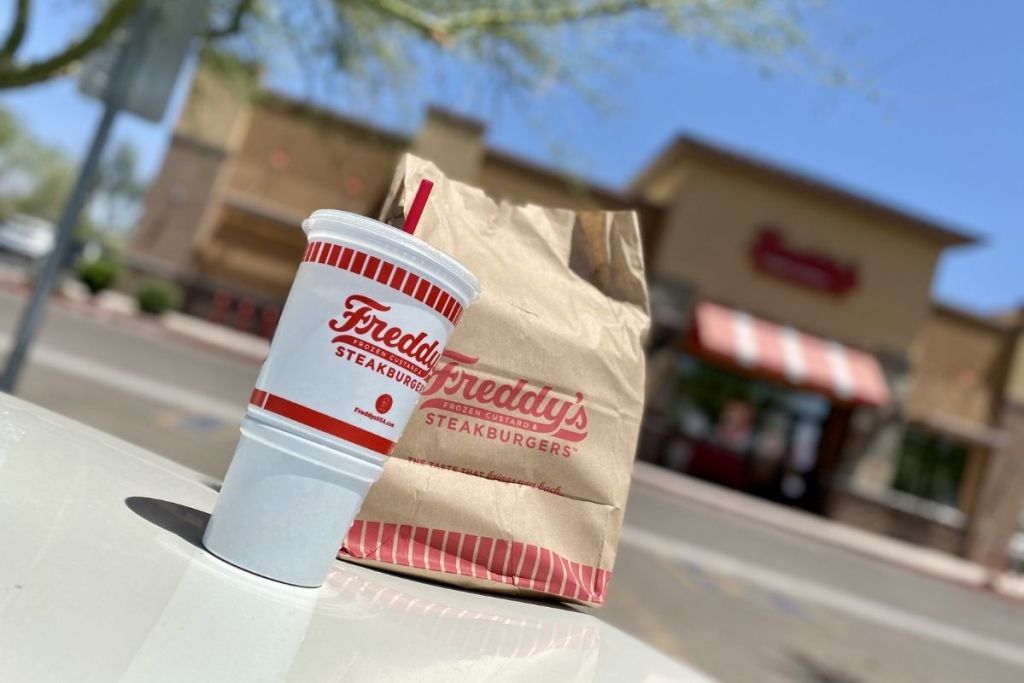 While Freddy’s desserts are about as far away from keto as you can get (some of the sundaes have over 200g net carbs 😱), we do have some sweet recipes to help squash your cravings!

These keto desserts are as cool & satisfying as Freddy’s custards: 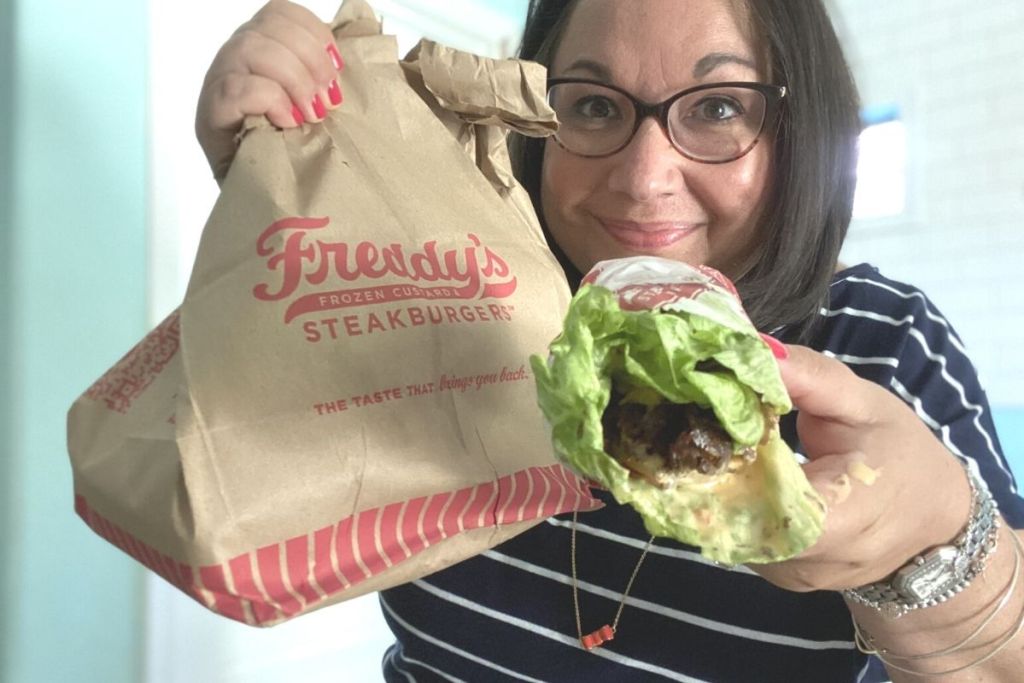 As you can see, with a little due diligence and with help from our Freddy’s Keto Dining Guide, you can enjoy keto on the go wherever the road takes you! 🙌

Check out the rest of our keto dining guides! 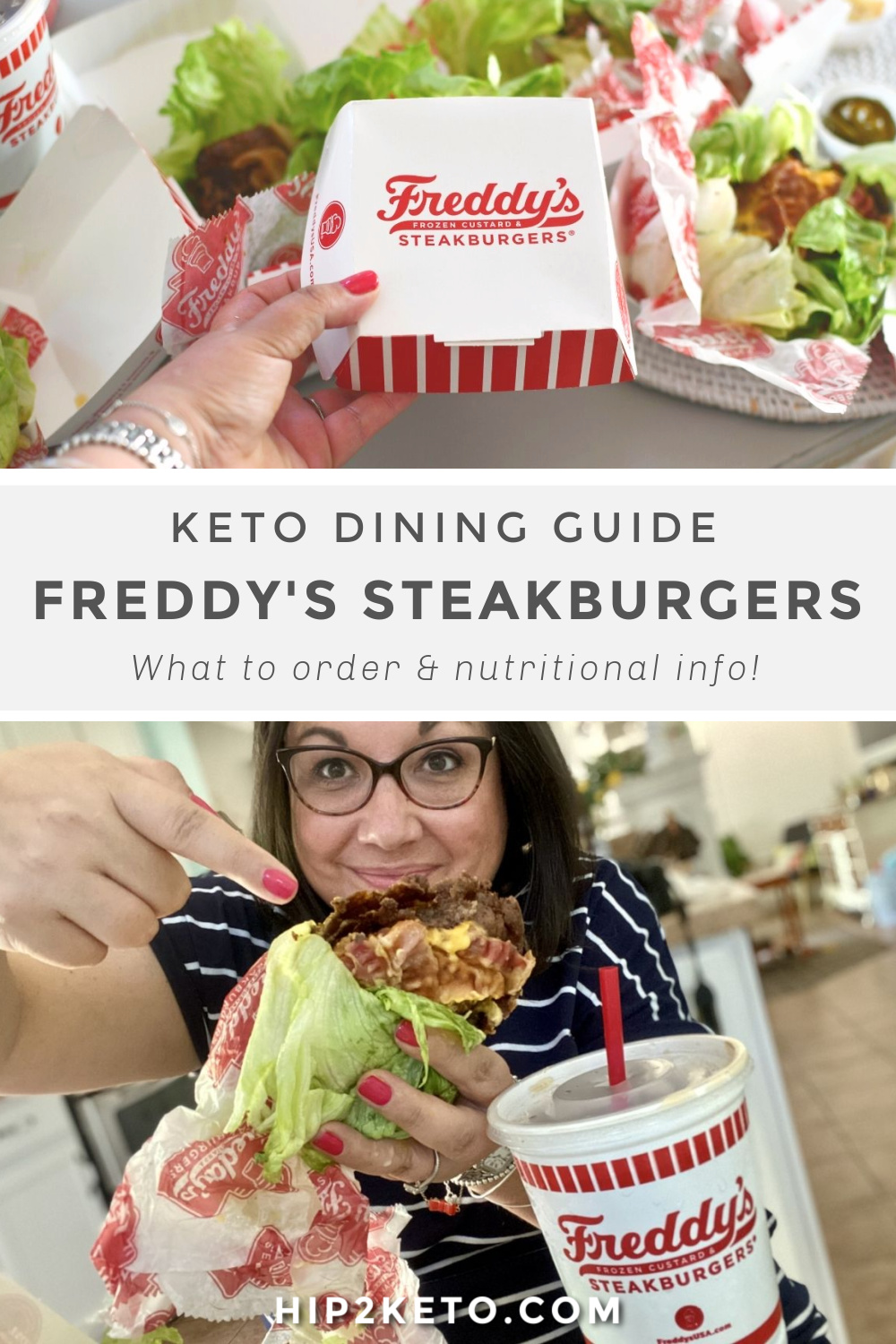