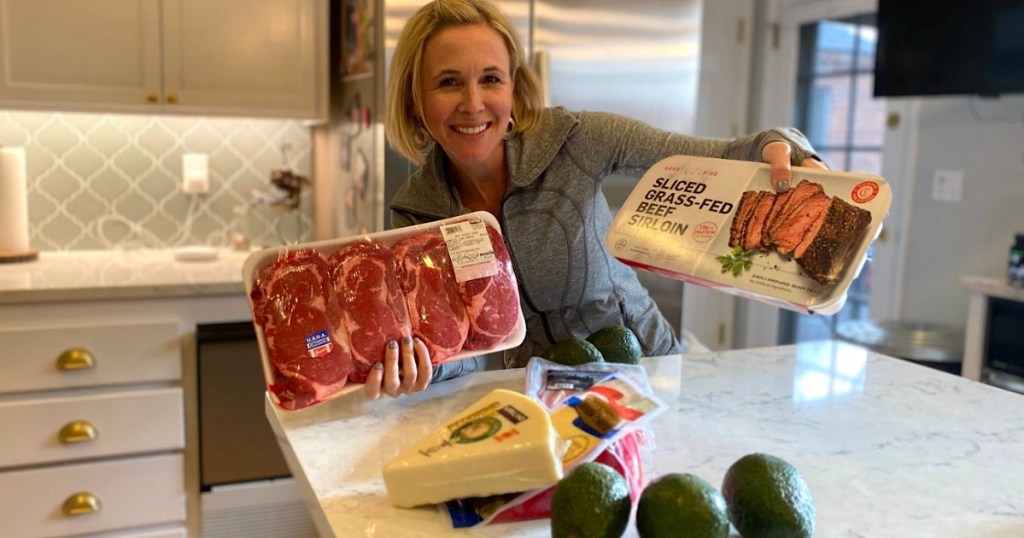 If you’re like me, you often hear a lot about the Paleo diet and have been wondering how it differs from keto. My curiosity led me to do a little research to find out the similarities and differences between paleo vs keto lifestyles.

What is the Paleo Diet? 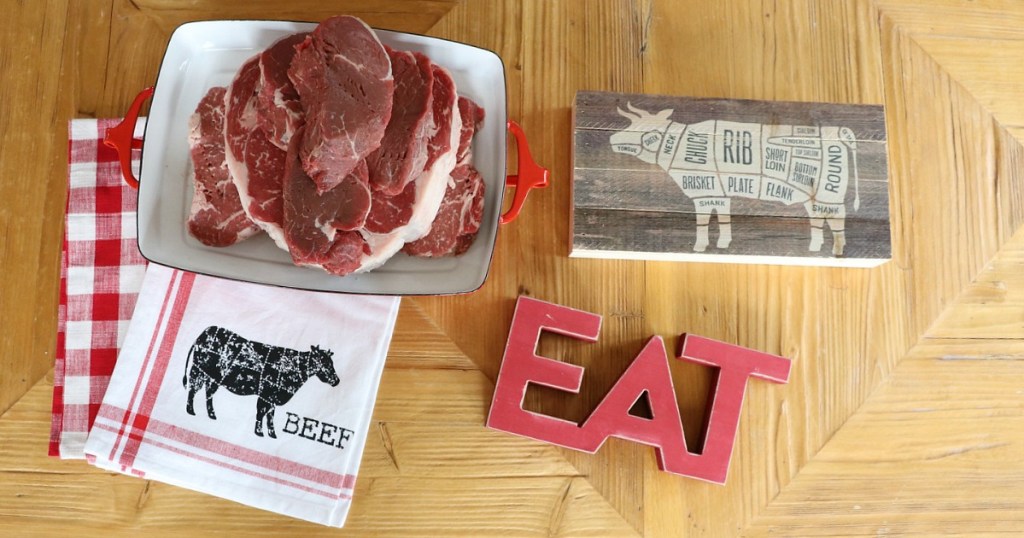 The Paleo Diet (sometimes referred to as the Caveman diet) takes cues from our early ancestors and how they ate way back during the Paleolithic era over 10,000 years ago. It follows a protocol of high protein whole foods such as lean meats, fish, and foods that are rich in fiber aka mostly organic fruits, nuts, seeds, and vegetables.

Think of it this way: These foods were items that could easily be hunted and gathered during Paleo times.

The Paleo lifestyle does not allow sugar, processed foods, grains, dairy products, beans, and legumes so needless to say it’s a pretty clean way of eating.

Experts on all things Paleo feel that these foods were not a part of the original diet of our early ancestors and were incorporated later on which led to allergies, inflammation, and digestion problems and should be eliminated from your diet.

So what about keto? How’s keto different than paleo? 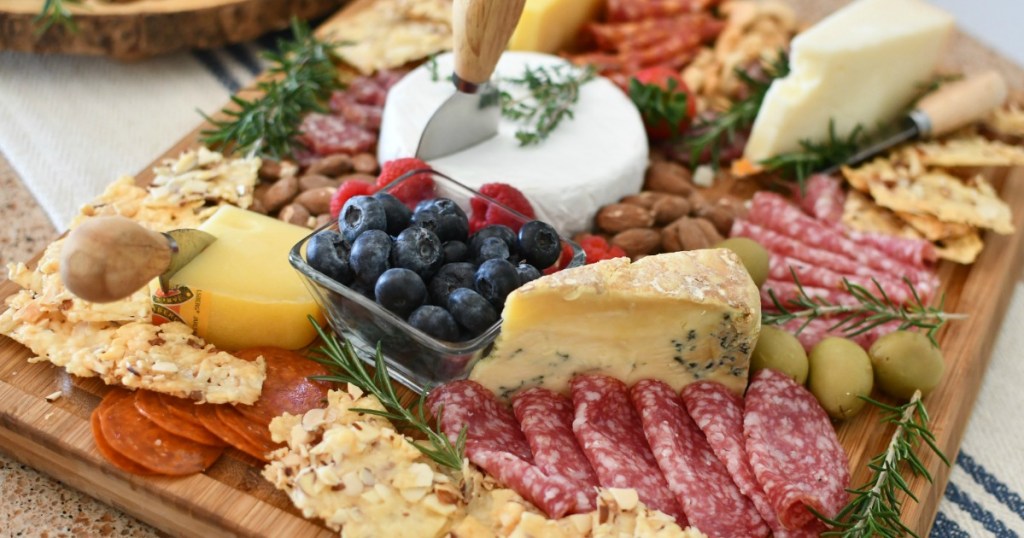 As you already know, the keto diet can go by a few different names: low-carb diet, ketogenic diet, Atkins diet, and low-carb high-fat (LCHF) diet. The main take away is that it’s a dietary lifestyle that cuts down carbohydrate consumption. It’s a “way of eating” that tells the body to use fat (ketones) instead of sugar (glucose) for fuel. 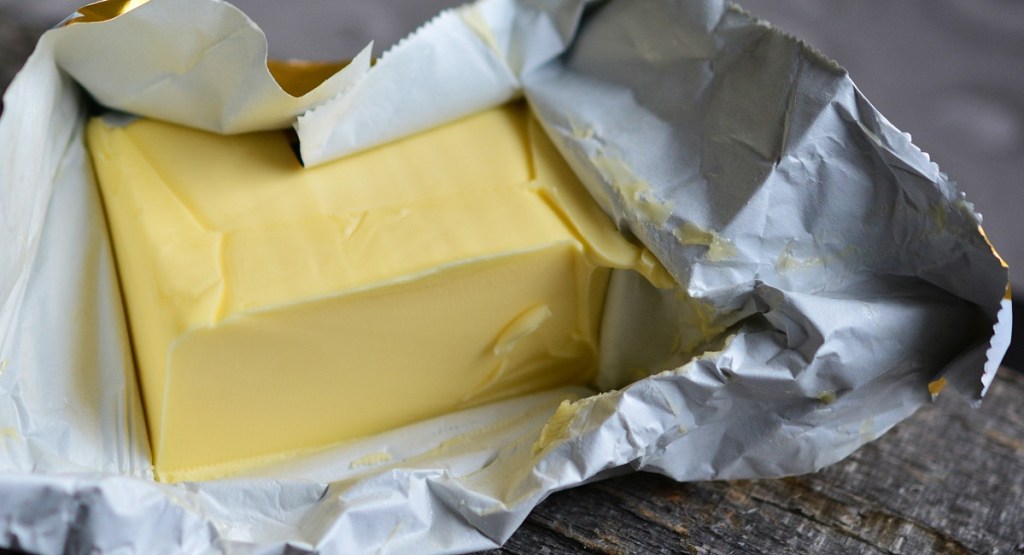 So what’s the purpose of wanting the body to use ketones vs glucose? I like to think of it as selecting high-octane over regular fuel for your body. The focus of the diet is changing the fuel source, not necessarily calorie restriction, which is the basis for most other weight-loss diets. 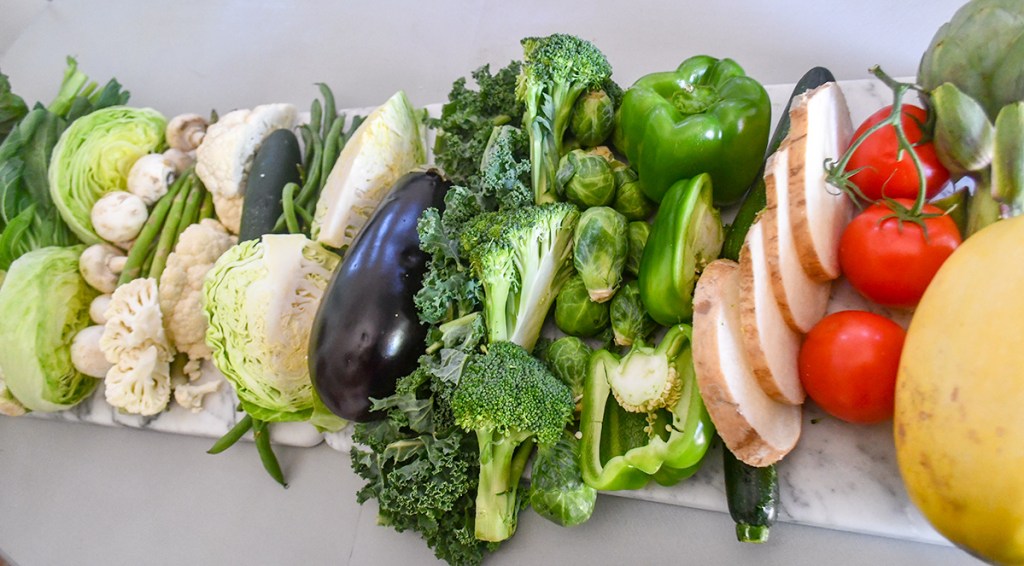 Let me break down the differences for ya…

Are there any negatives to a keto or Paleo diet? 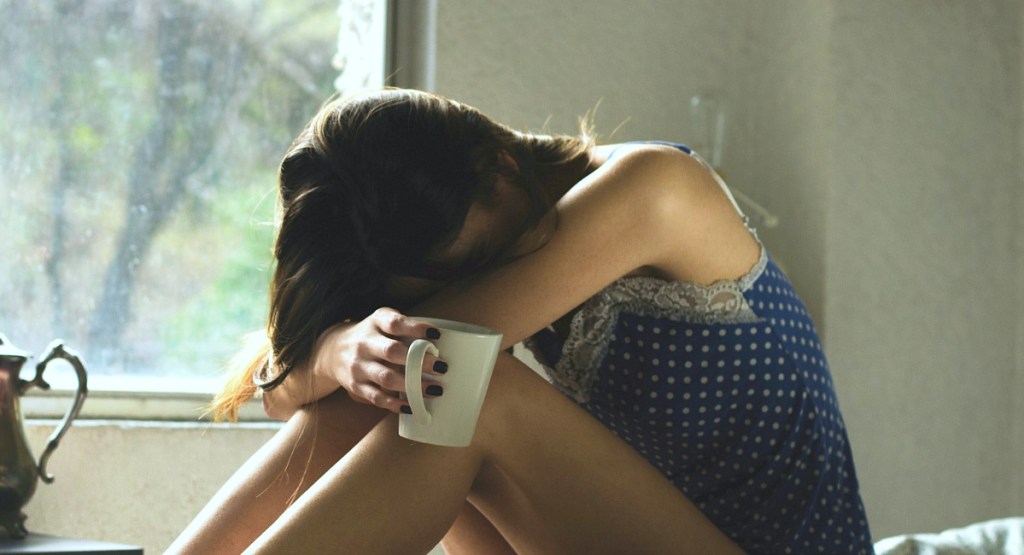 Keto flu is often common when first starting out due to a lack of certain nutrients and dehydration often causing headaches, nausea, irritability, and fatigue.

Drinking plenty of water and keeping your electrolytes high is especially key in the beginning. It’s important to get enough salt and it is recommended to try zero carb sports drinks or even pickle juice to help avoid the keto flu.

Since Paleo restricts dairy, it can cause calcium and vitamin D deficiencies which could lead to a weaker immune system and brittle bones. Many Paleo dieters often complain about a lack of energy and crankiness during the first week or two of the diet. 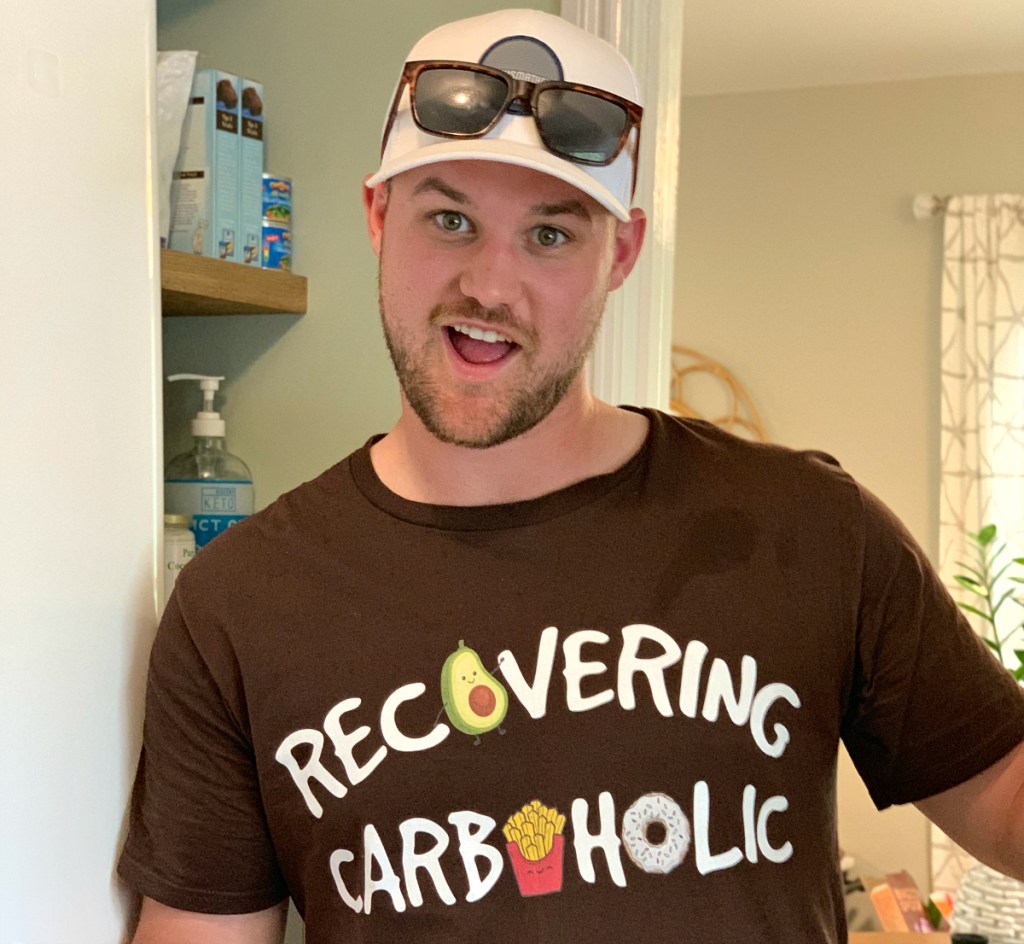 Paleo vs Keto: which should you choose?

You do you… it’s really your call! As you can see, the two diets are somewhat similar yet very different at the same time. I think it all boils down to which foods are more important to you on your must-have list, and what foods you feel offer the most benefits and make you feel really good and energized.

I obviously LOVE the keto diet, and the benefits that coming with eating this way, including weight loss, improved brain function & performance, and just an overall feeling of wellness — both physically and mentally!

However, if you’re really missing fruit, then Paleo may be your jam.

If you can’t live without dairy (I mean cheese is life, right? 😍), snacks, salt, and a little more leniency, then keto may be a better fit for you!

It truly is about doing what’s BEST for you and your body! 🙌

Use a Free Keto Macro Calculator (See Our Top 7 Picks!) 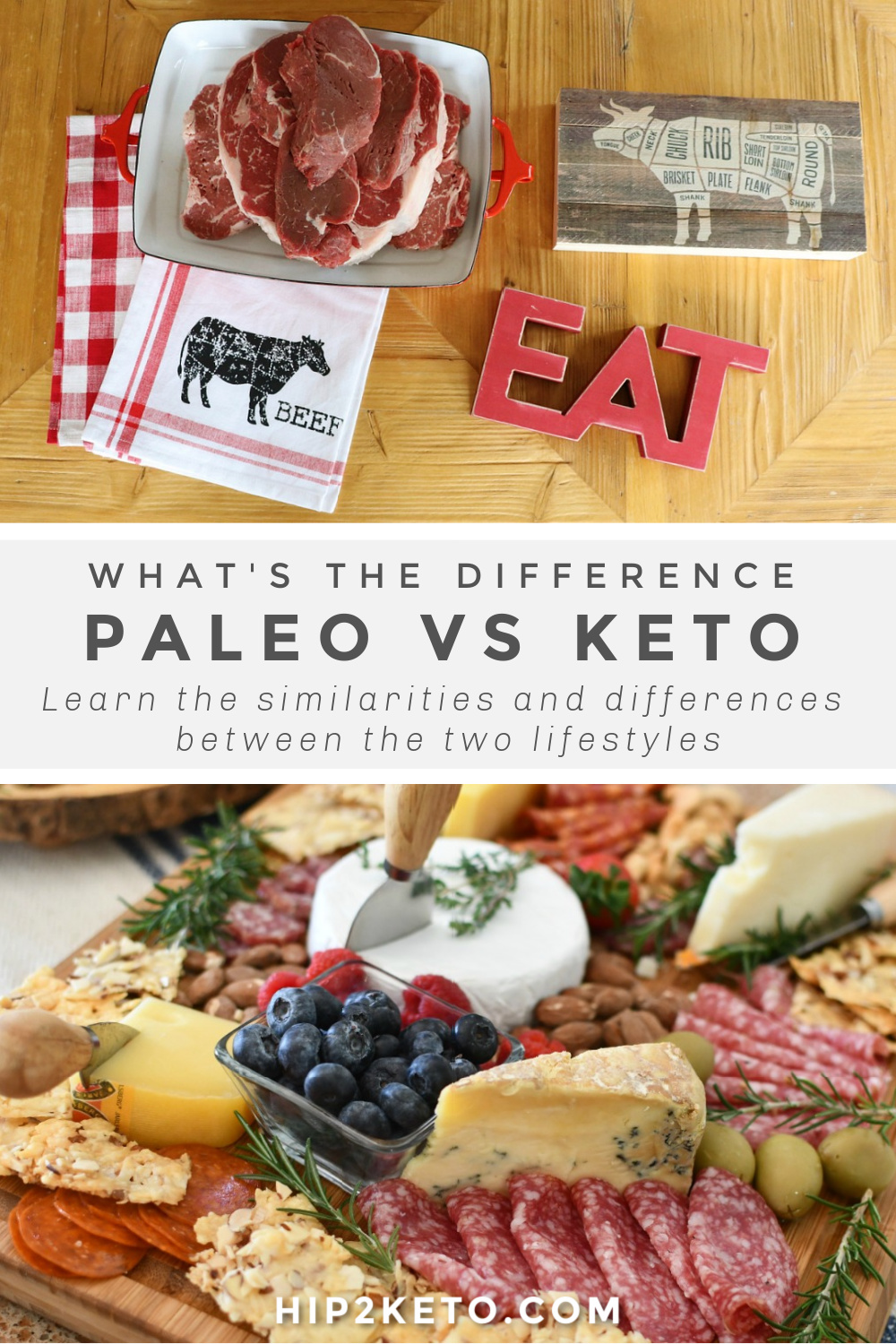