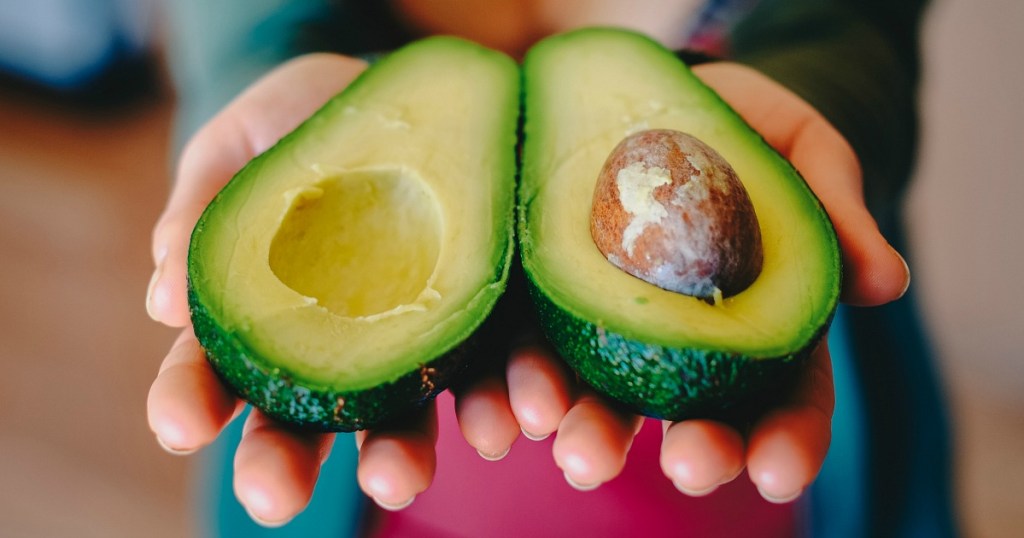 Nobody likes tossing away food that could have been incorporated into yummy recipes, if not only for the wastefulness of food, but for the wasted grocery money spent. With these simple tips, you’ll learn how to keep fruits and vegetables fresh so you can extend the life of your produce just by storing it using the proper methods.

1. Use a vinegar soak to extend the life of berries. 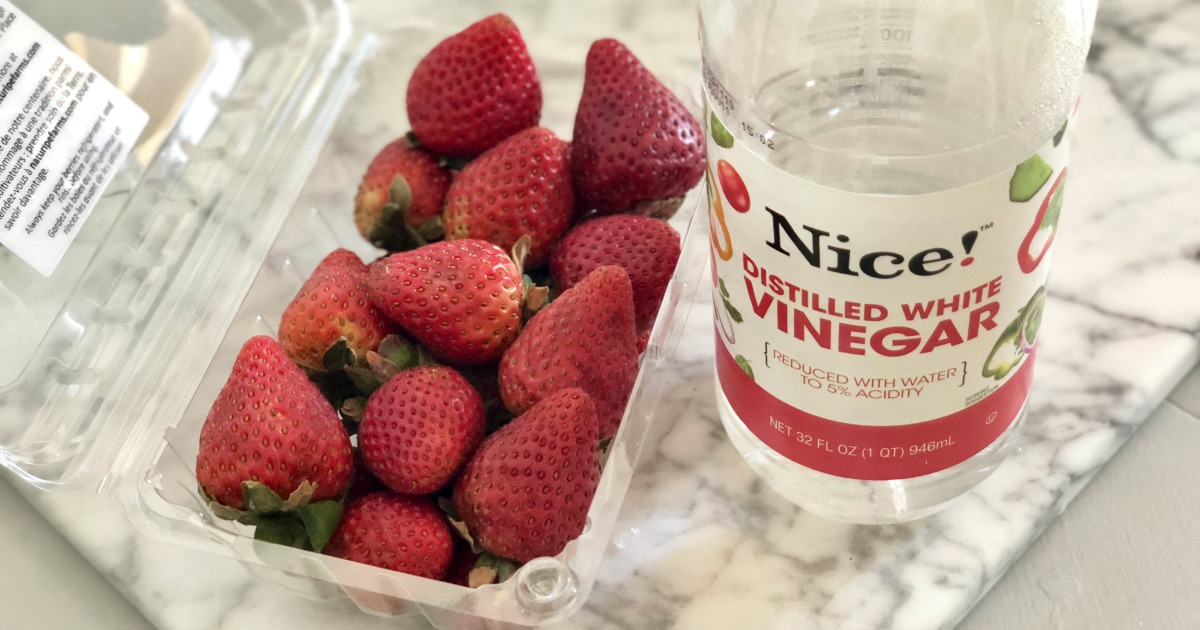 Mushy berries? Not happening with this trick! See how Lina soaked strawberries in a bath of white distilled vinegar and then drained before storing for an extra week of freshness. This method can be used on raspberries and blackberries as well!

Hip Tip: Found yourself with an excess of fresh raspberries? Try out this delicious raspberry pie for a sweet keto treat. 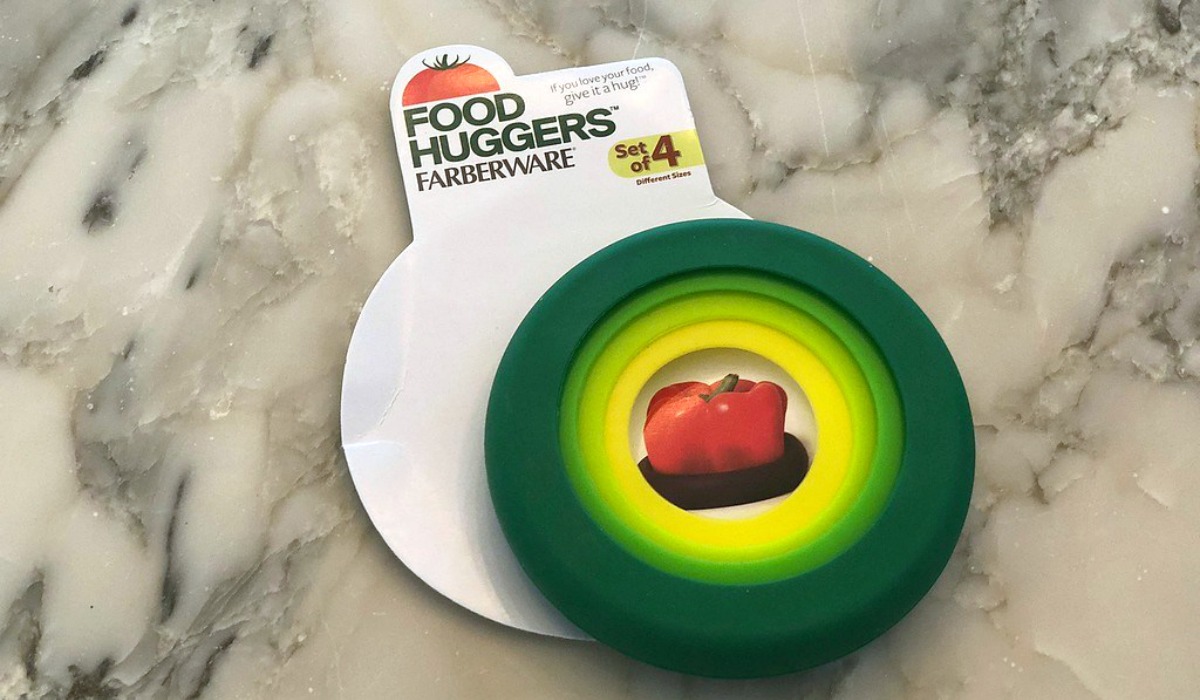 If you’ve got half of a cut vegetable left from a recipe, say a pepper or avocado, seal up the exposed edge with handy tools such as Food Huggers. They keep the cut portion of the veggie covered to extend its life—and they’re less wasteful than plastic wrap. 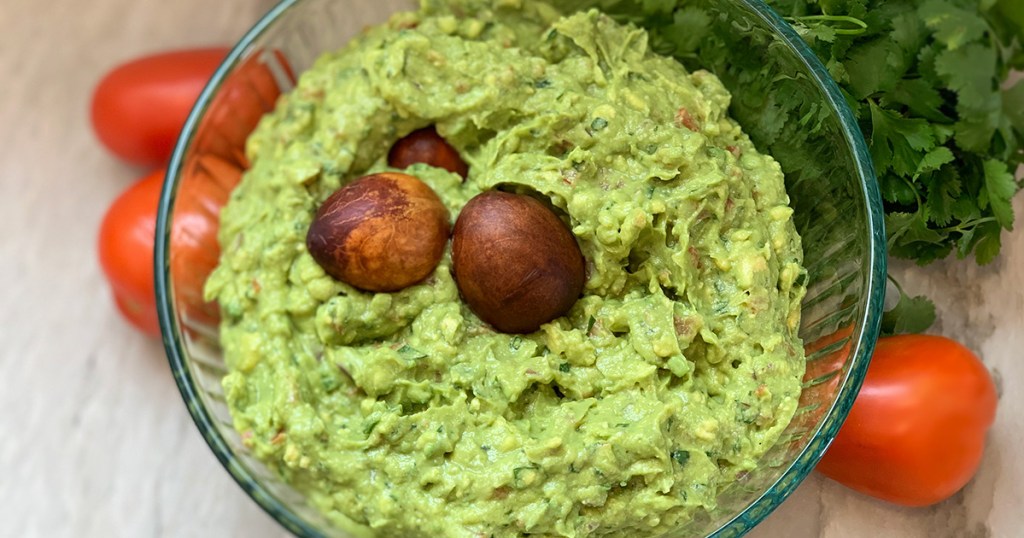 Did you recently use some avocados to whip up a batch of yummy guacamole? Nobody likes the unappetizing appearance of browned guac (even though it does still actually taste the same). Give the Guac-Lock a try, which is designed to create an airtight seal to hinder oxidization. 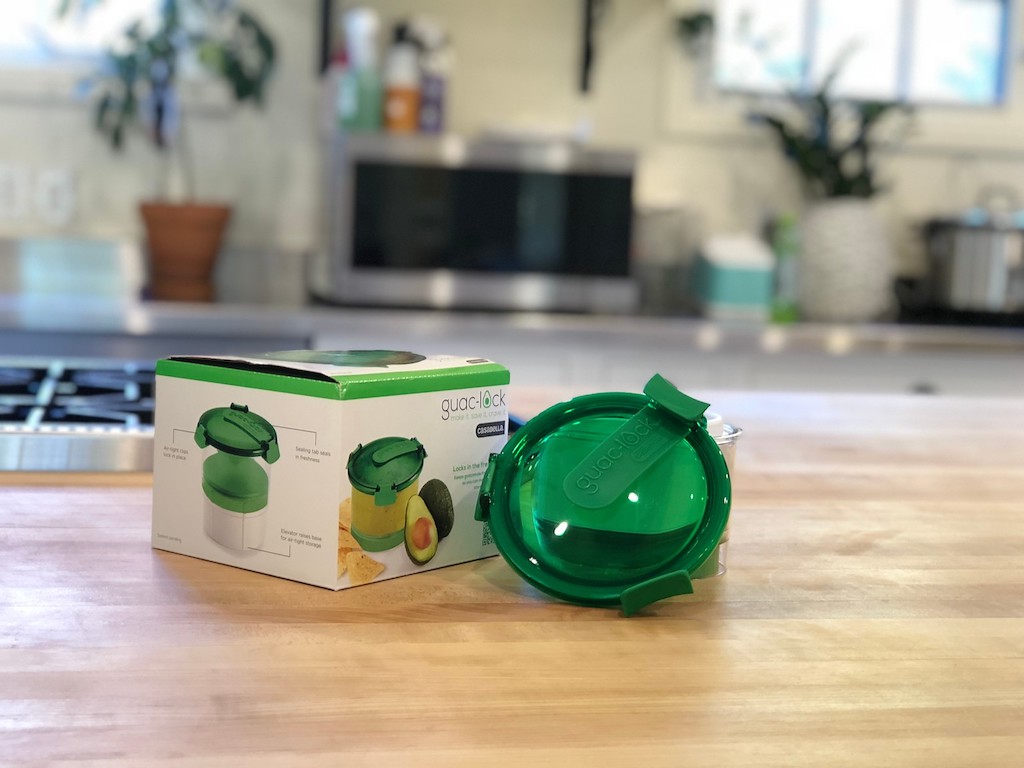 Alternatively, you can also store the pit of an avocado in a bowl of guacamole to prevent browning or cover the bowl with plastic wrap directly touching the dip to force out all air.

3. Store celery air-tight in the fridge. 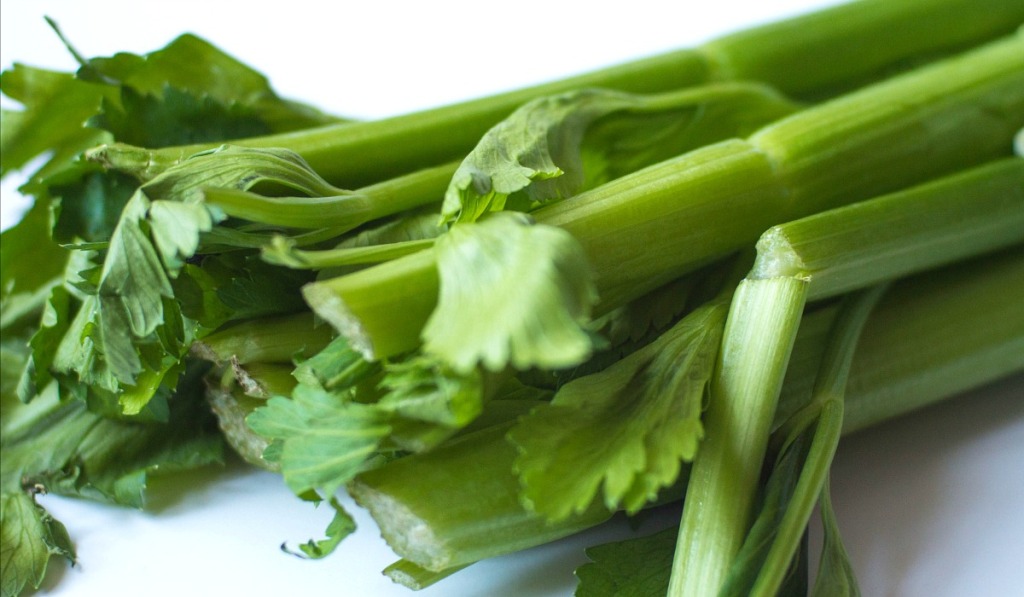 There are two approaches to storage when it comes to keeping celery stalks nice and crunchy:

4. Keep broccoli and cauliflower at a distance. 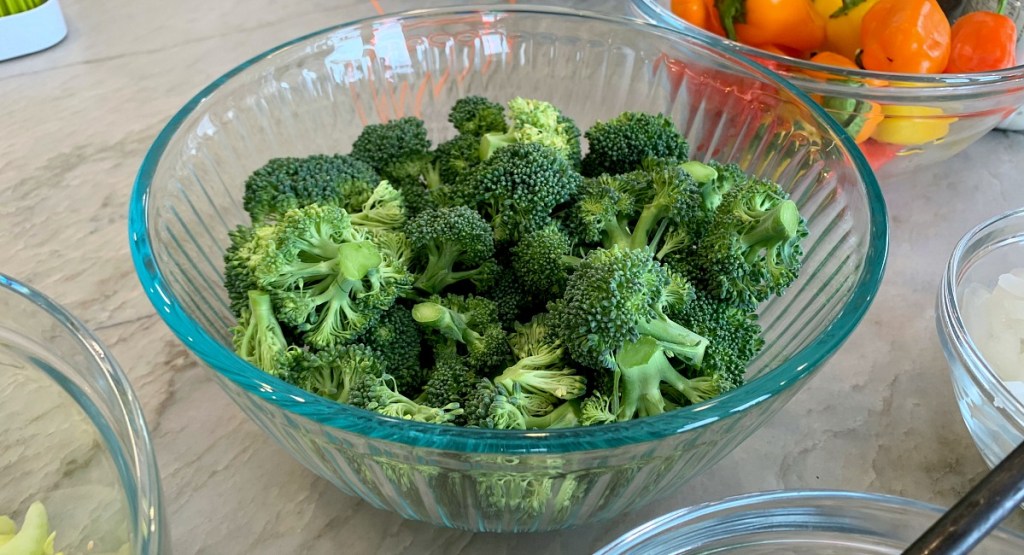 These are both sensitive to ethylene meaning they should stay away from other vegetables in your fridge. Unlike other storing methods, broccoli and cauliflower thrive on a bit of air circulation so storing them in perforated bags, green bags, or in plastic with a loose closure inside the crisper drawer will keep them fresher.

Don’t have a crisper? Try out this produce keeper that operates similarly to a crisper drawer and even has a handy produce storage chart on the lid! 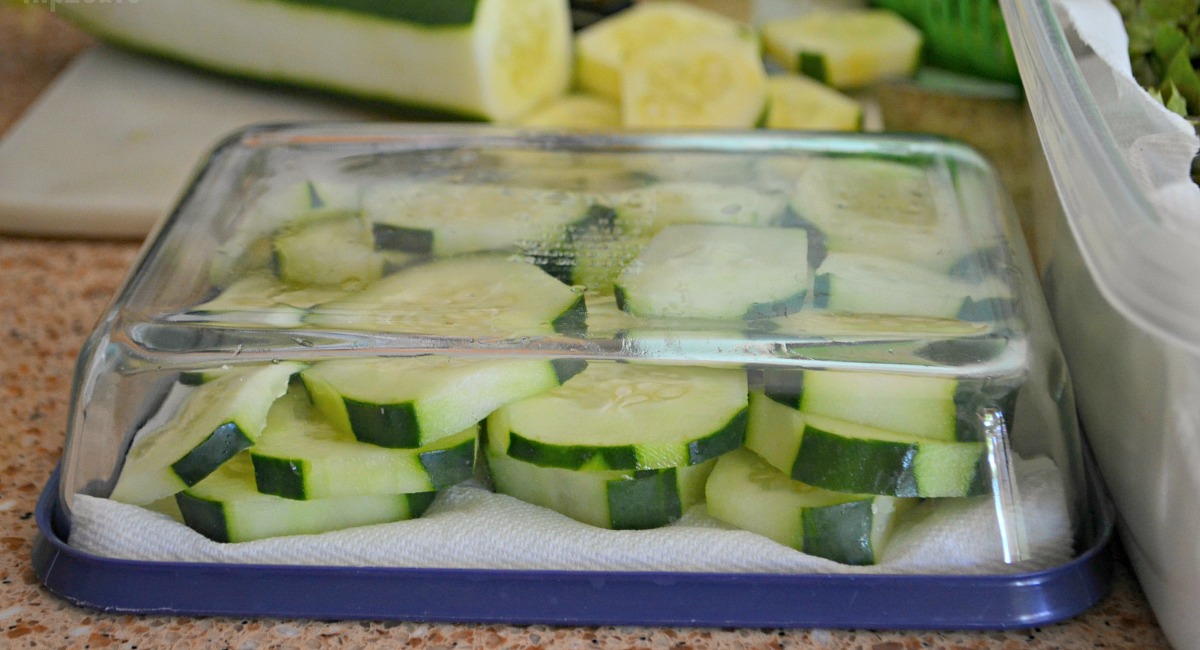 Simply place a paper towel inside your food storage container to take advantage of the absorbency power of paper towels. By using this method, you remove excess moisture from veggies to keep them crisp. This helpful trick works on chopped lettuce, peppers, or cucumbers for easy meal prep and snacking.

Bonus tip on how to keep fruits and vegetables fresh – Move overripe or rotten produce away from the bunch! 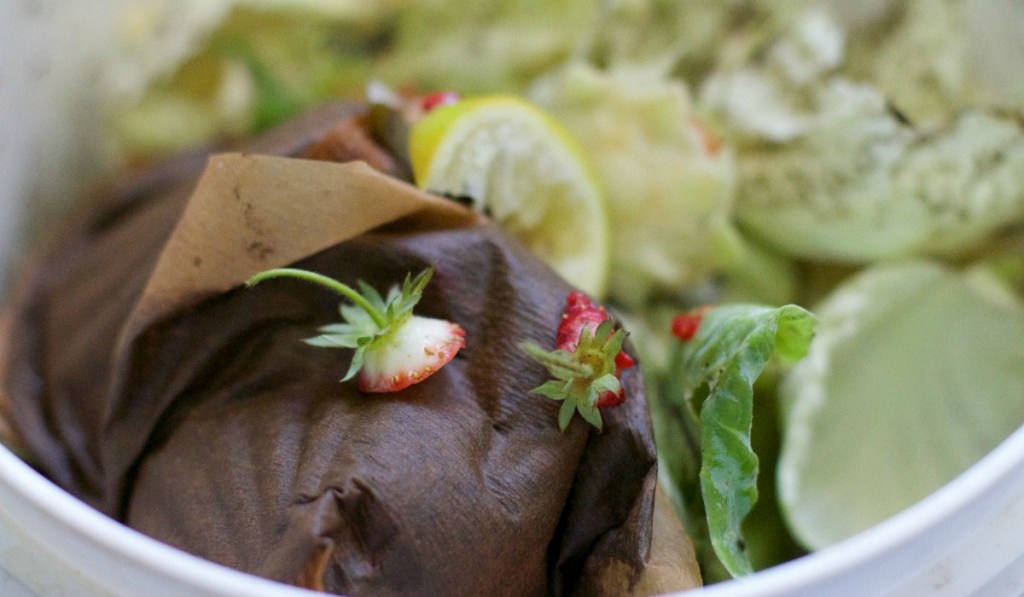 Turns out there is some truth to “a rotten apple spoils the bunch” which is all thanks to that ethylene gas. When you notice a piece of produce is at peak ripeness (or has unfortunately started to turn for the worst), move it away from other vegetables or toss it into compost so that the increased production of ethylene gas doesn’t force neighboring veggies to ripen faster.

The Best & Worst Vegetables to Eat on Keto!

I Taste Tested 9 Keto Tortillas to Find the Best One for You! 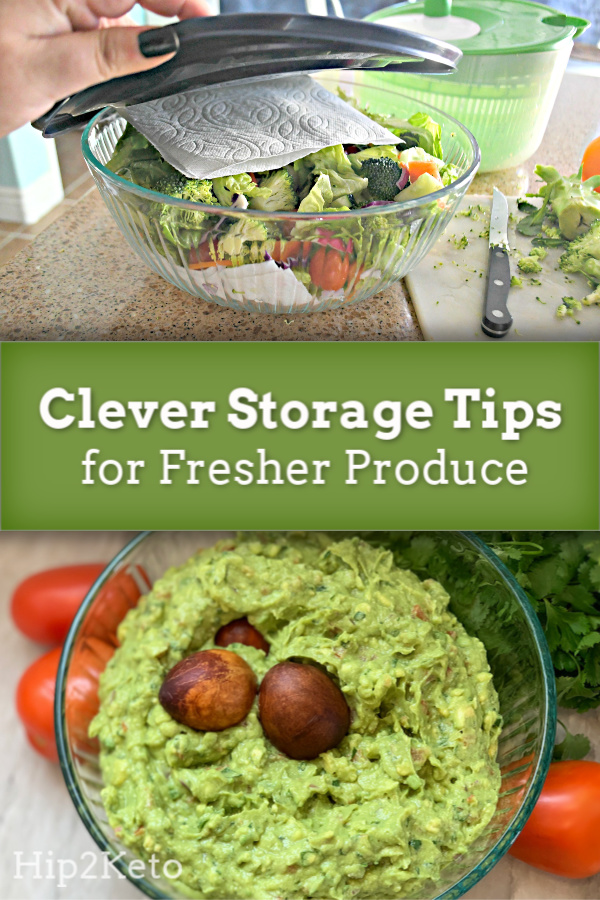