Trying to find the best keto fast food burger? We ranked 5 of the most popular options! 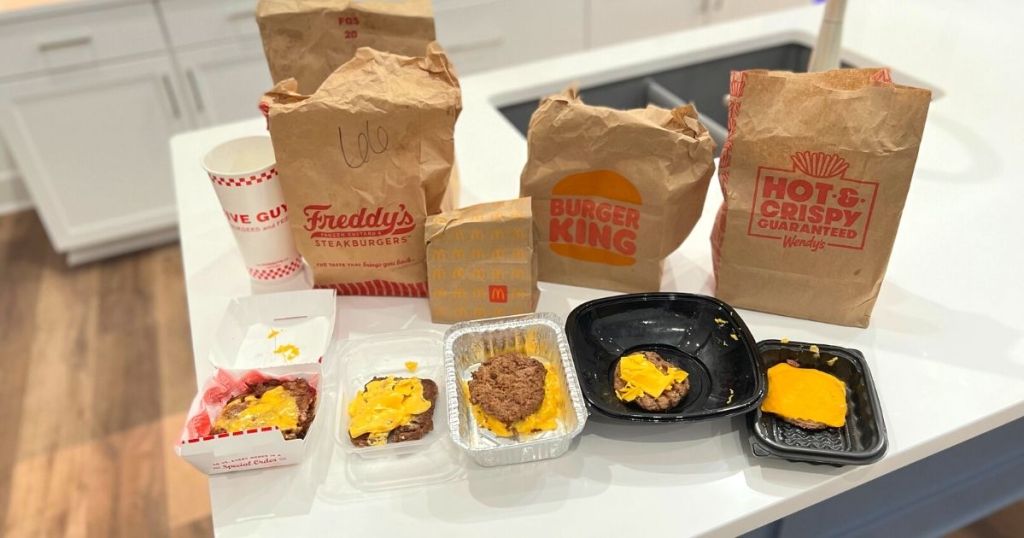 Sometimes you just want a juicy hamburger when you’re out and about, and having fast food on the go makes it easy. We decided to conduct our own official taste test to find out which fast food burgers are a hit and which ones aren’t making the cut.

For this taste test, we tried keto fast food burgers from five popular burger chains – Five Guys, McDonald’s, Burger King, Wendy’s, and Freddy’s Steakburgers. We went with the true basics by ordering a single hamburger patty with American cheese — that’s it. No condiments or veggies so we could get an idea of who truly has the best-tasting beef patty. 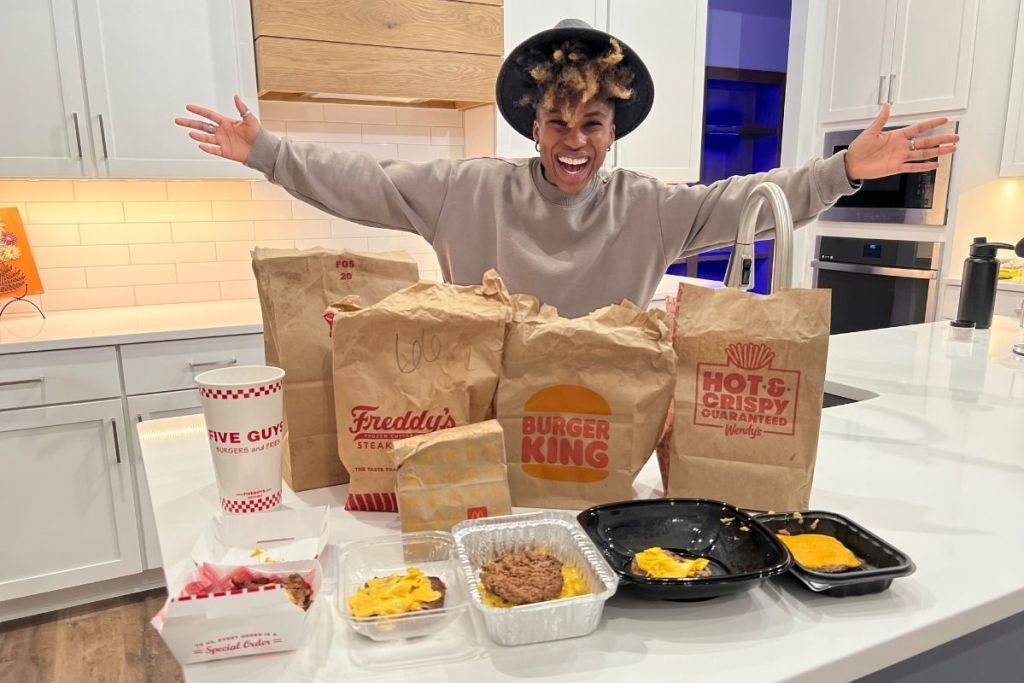 From best to worst, here’s our ranking of the best keto fast food burgers:

(Note, pricing may vary by region) 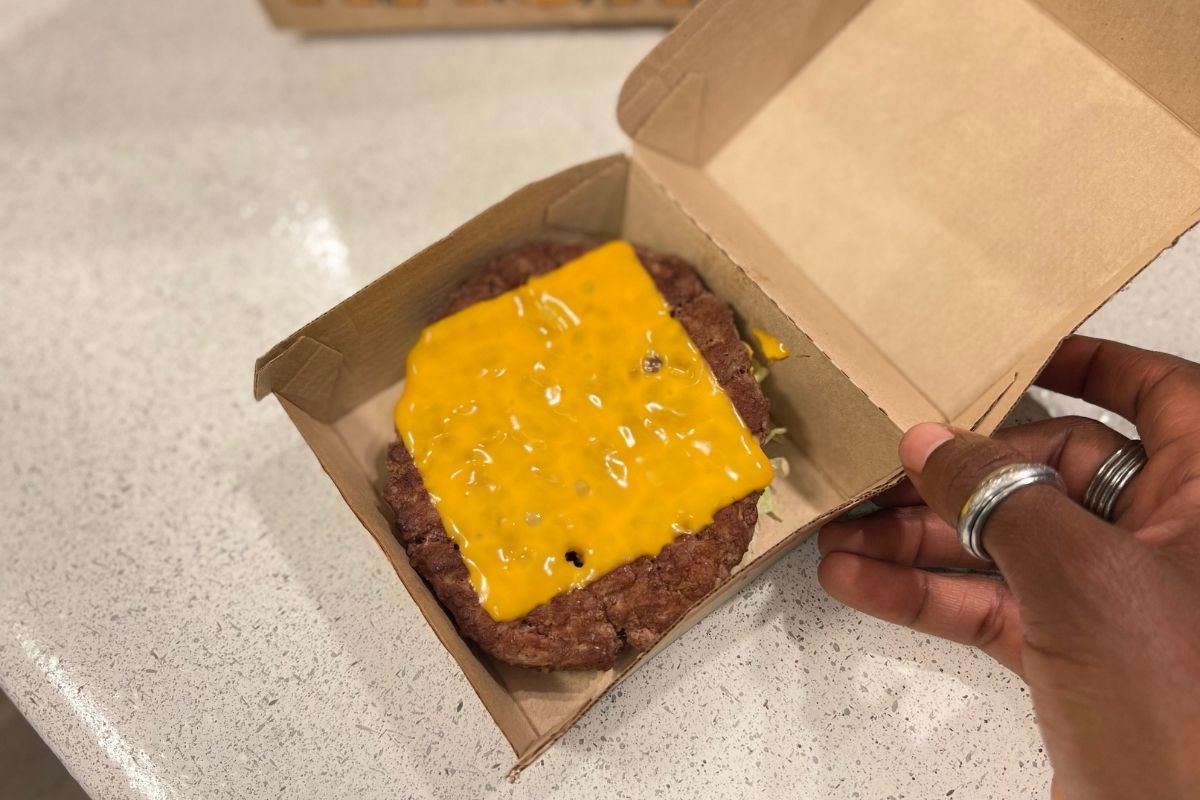 My Hip teammate, Jen, tried McDonald’s Quarter Pounder and was surprised by how good it actually was!

Here’s what she said about it:

“McDonald’s was the clear winner. This surprised me as I thought it would be last. The burger was thick, savory, and very juicy. This would work as a great meal for me. It was also the least expensive one to buy.” – Jen

It’s worth noting that another Hip taste tester, Cam, tried original (and very inexpensive) McDonald’s cheeseburger and was not a fan, but said the Quarter Pounder was delicious. It’s worth it to pay a couple of extra bucks for the juicier patty!

McDonald’s has plenty of other yummy keto options. Check out them all in our McDonald’s Keto Dining Guide.

2. While the most expensive, Five Guys has one of the BEST keto fast food burgers around! 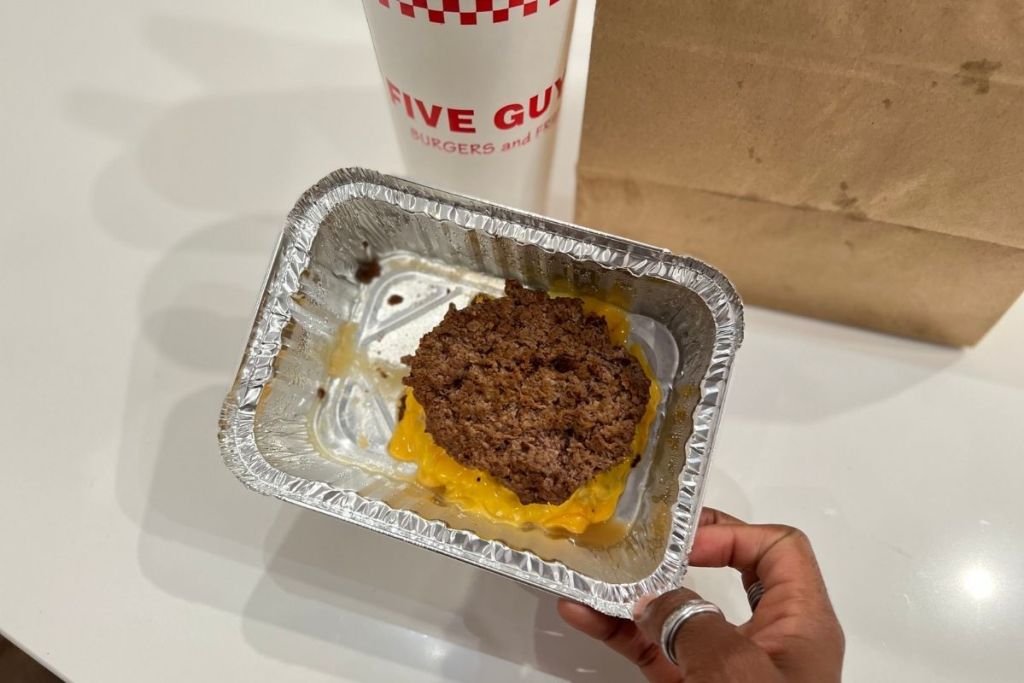 If you’re lucky enough to have a Five Guys location near you, you’ve got to stop in and get a burger! They have a ton of different toppings to choose from & make it so easy to customize them to your liking.

The downside is that Five Guys is also the priciest option on the list at $9.29 for a cheeseburger. Still, that’s not gonna stop it from being a solid choice when we want a juicy, cheesy, top-tier keto lunch. 🤤 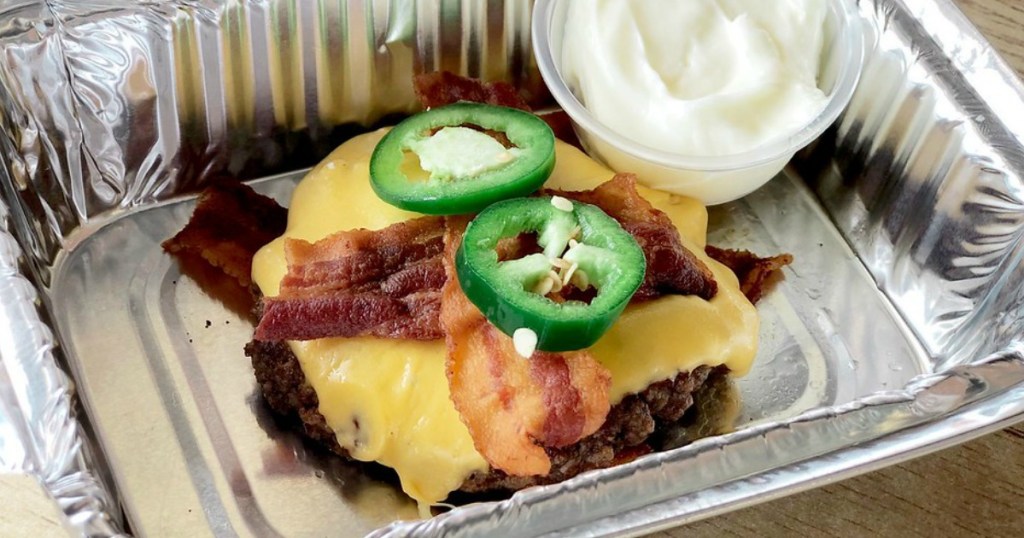 It is worth noting, however, that while Cam said Five Guys’ burger is her favorite, Jen found it to be pretty disappointing as her patty came out a little burnt and dry. It’s possible they were having an off day as a few other Hip2Keto members are big fans of their burgers, but it shows that it’s good to shop around and find the keto burger that tastes best to you!

Check out our Five Guys Keto Dining Guide to see the full list of items you can order! 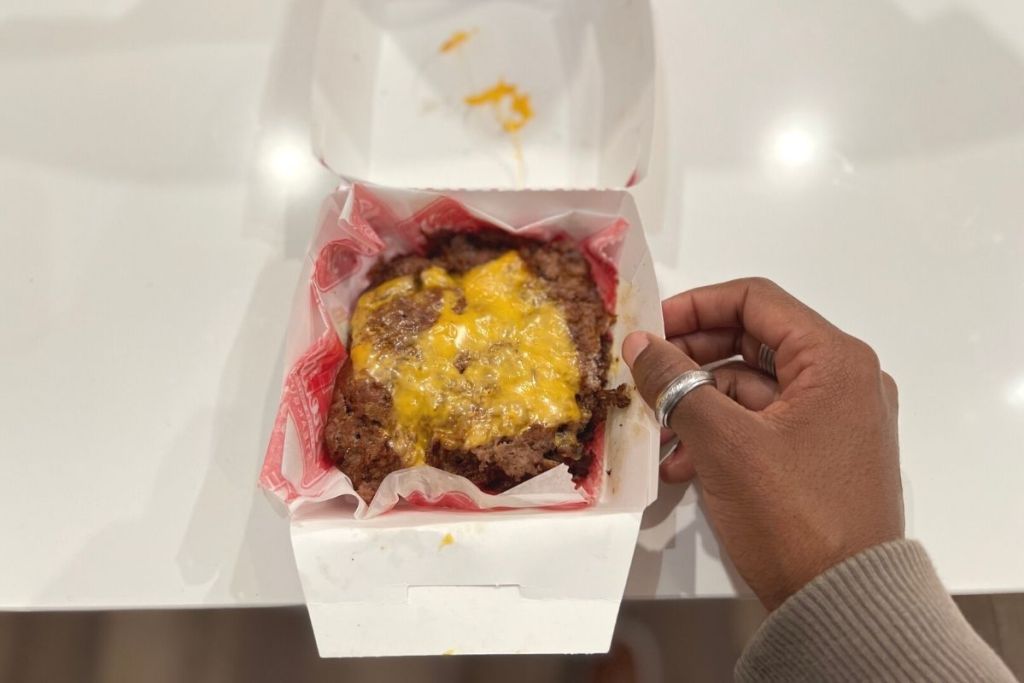 If you’ve always wanted to try In-N-Out’s famous burgers but don’t live on the west coast, we think Freddy’s tastes pretty similar–if not even better, in our opinion. 😍

While they weren’t necessarily the beefiest on the list, they were perfectly seasoned and still pretty filling. We also love Freddy’s because they actually have lettuce-wrapped nutrition info that’s so easy to read for keto folks! As we were ranking this list solely based on the quality of the burger, we didn’t opt for the lettuce this time, but it’s such a tasty & easy-to-order option if you have Freddy’s locations nearby!

If you don’t, Jen tried Whataburger and said it was pretty tasty, so that may be a good alternative.

4. Despite being in 4th place, we’d definitely stop by Burger King again! 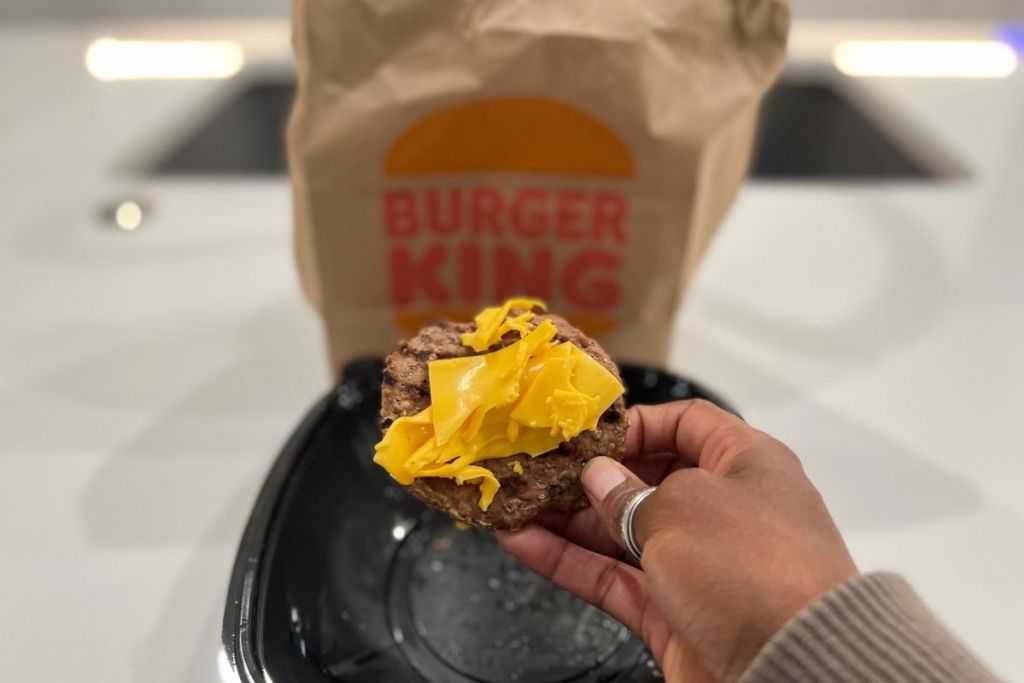 While Burger King’s keto burger wasn’t quite tasty enough to earn the top spot, it certainly deserves a mention! The burger is thick, juicy, and perfectly filling by itself. Burger King doesn’t have a ton of options in the sides department, but their garden salad (minus the croutons) is a safe and tasty bet if you want something a little extra.

And at less than $5 for a single cheeseburger, Burger King is pretty cheap for being such a tasty choice while on the go. 😋

5. Wendy’s burger wasn’t bad, but it also wasn’t as tasty as the others. 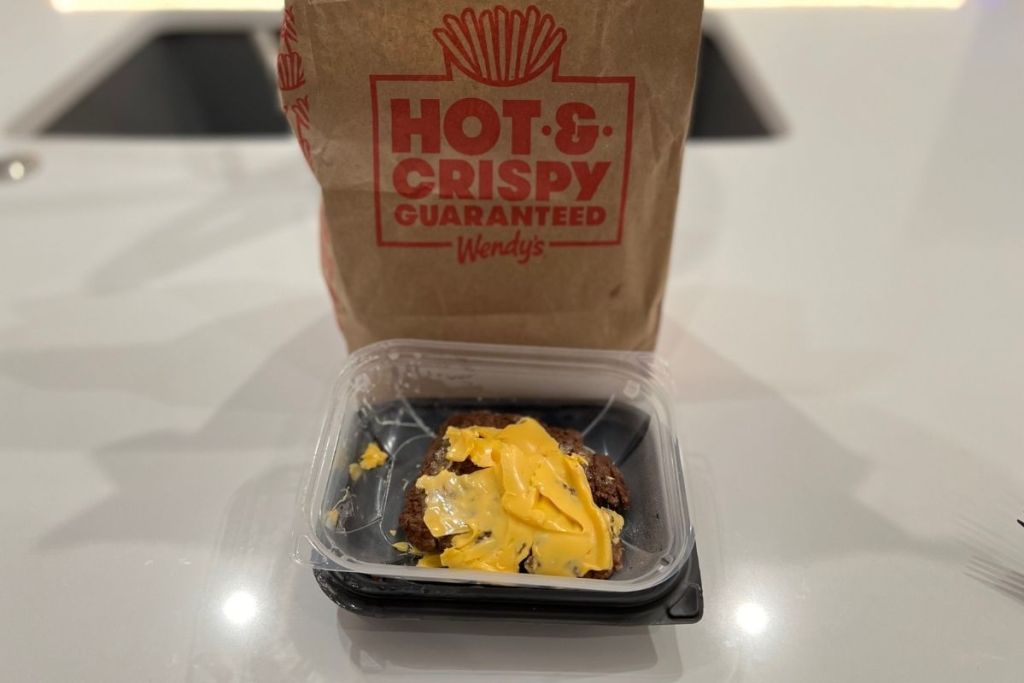 Wendy’s cheeseburger isn’t the worst burger we’ve had by a long shot, but it doesn’t hold a candle to the scrumptiousness of the other ones on the list. The burger patty was too dry without enough cheese to offset it. The seasoning was also pretty “meh” & the thickness of the burger leaves a little to be desired. 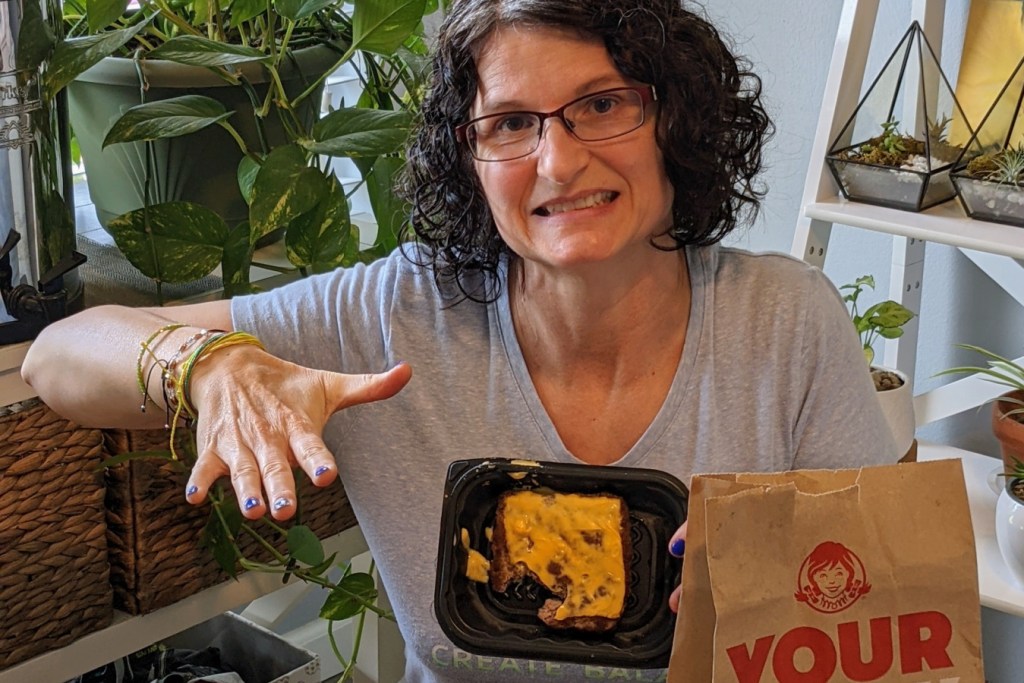 If you were looking for the quickest burger option and had to choose between Wendy’s and Burger King, we’d recommend BK all the way. 🙌

If you’re not into Wendy’s burgers, you can see all of their other keto options in our Wendy’s Keto Dining Guide. 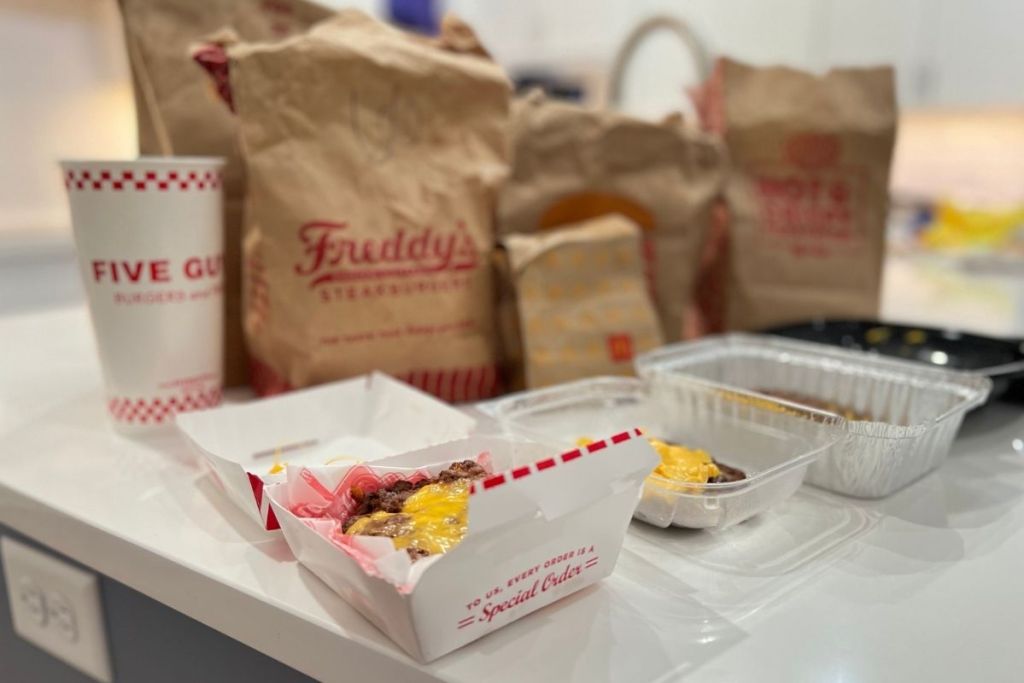 While we chose this list for our best keto fast food burgers taste test from some of the most frequented restaurants, we get it’s not a comprehensive ranking of all the beef-fueled deliciousness out there. It’s always a good idea to call local restaurants & explore your options when trying to find your personal fave keto burger to eat on the go!

Do you have a favorite from the list or perhaps from a place not mentioned? Let us know in the comments!

Love easy ordering? Check out the rest of our keto dining guides! 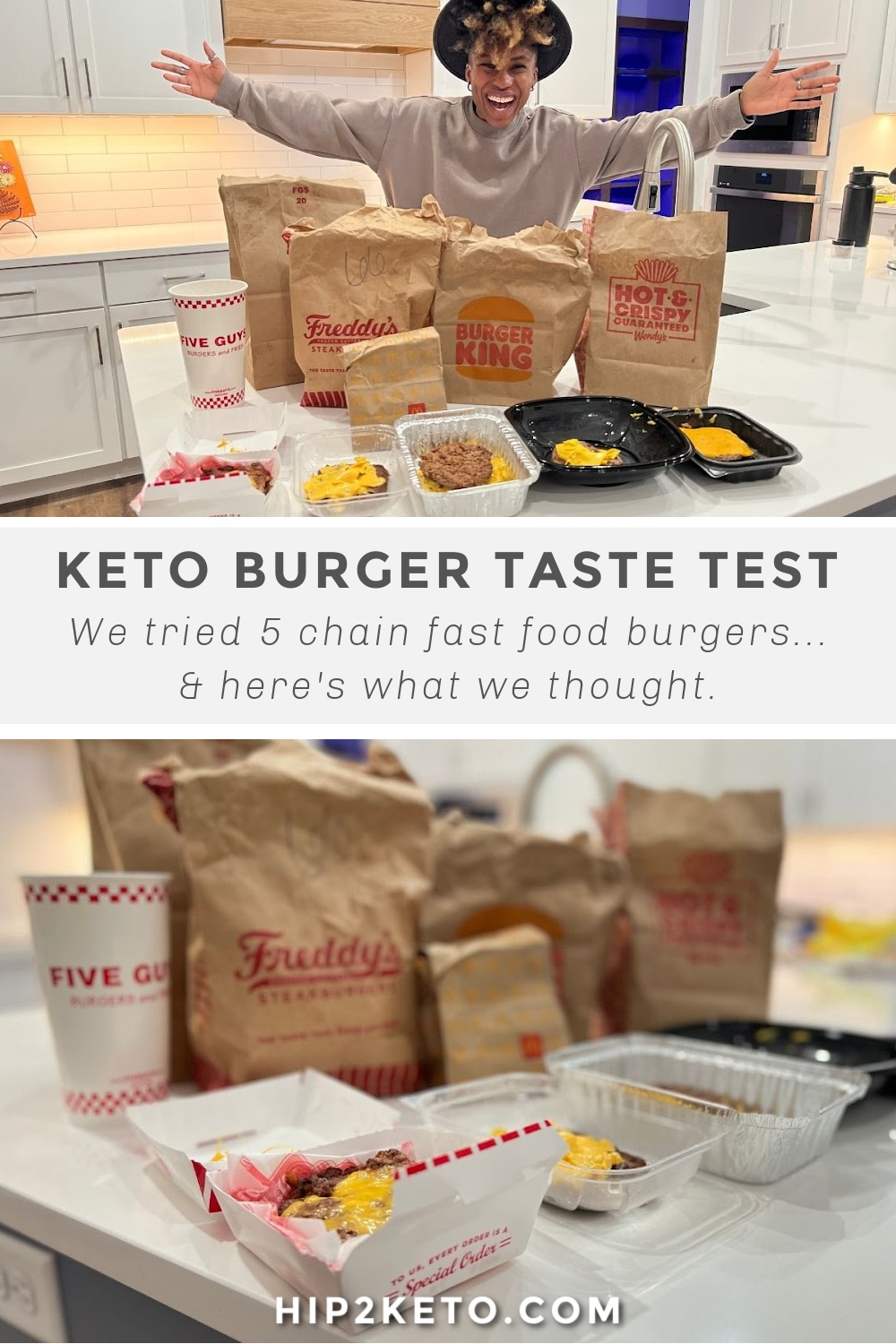 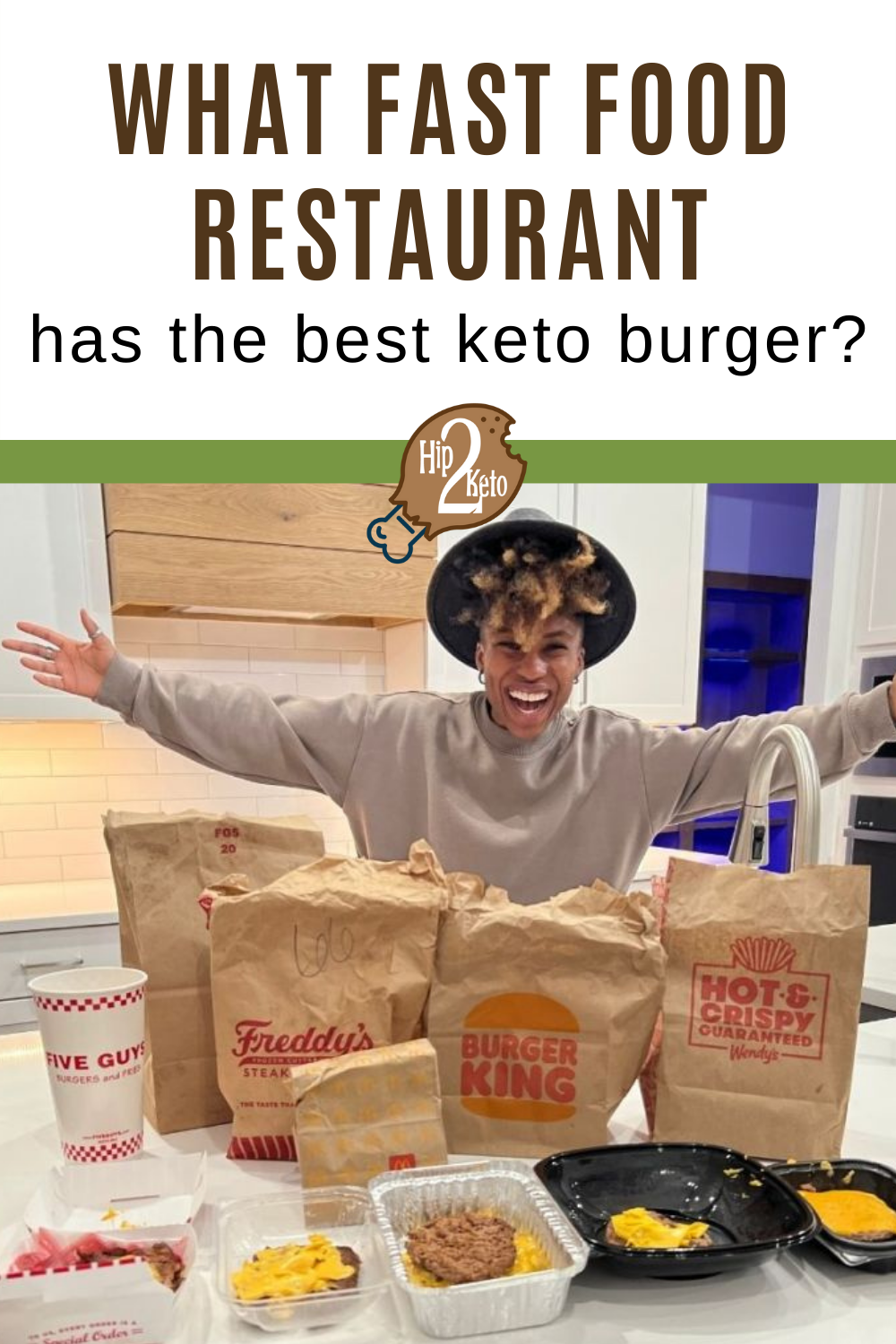