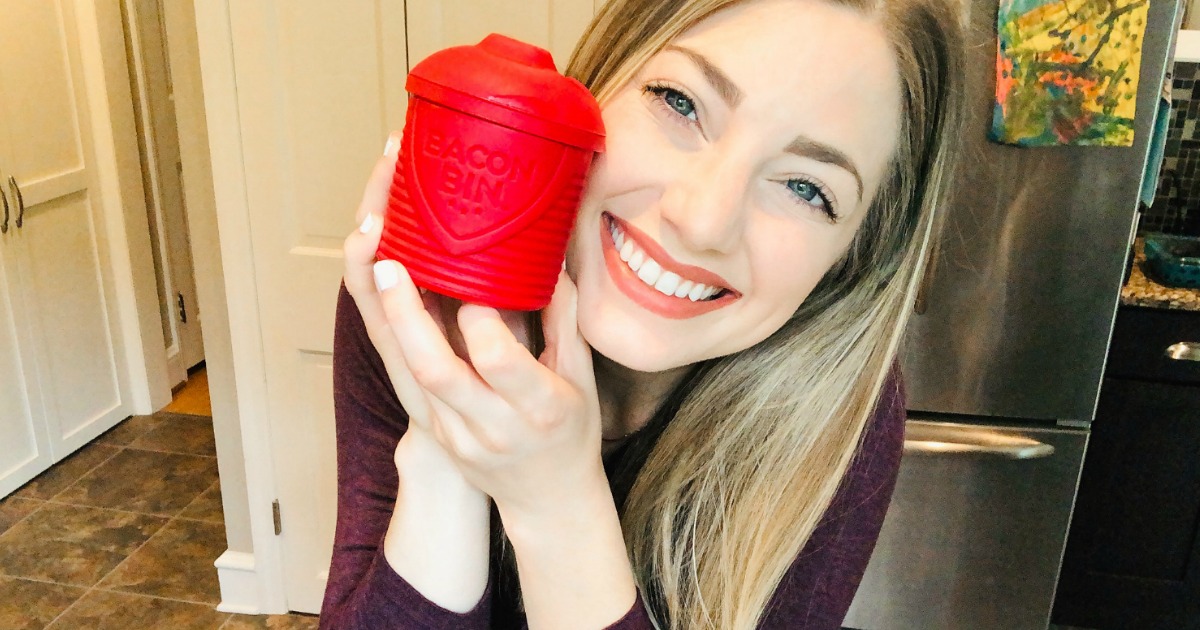 If you’re like me and consume bacon frequently (or ever for that matter), you need to be saving all of that bacon grease and turning it into lard. I’m sharing my favorite bacon grease container and it’s actually cute! Yes, there is a cute way to store bacon lard – you’ll never be pouring it into any old jar again. 😏 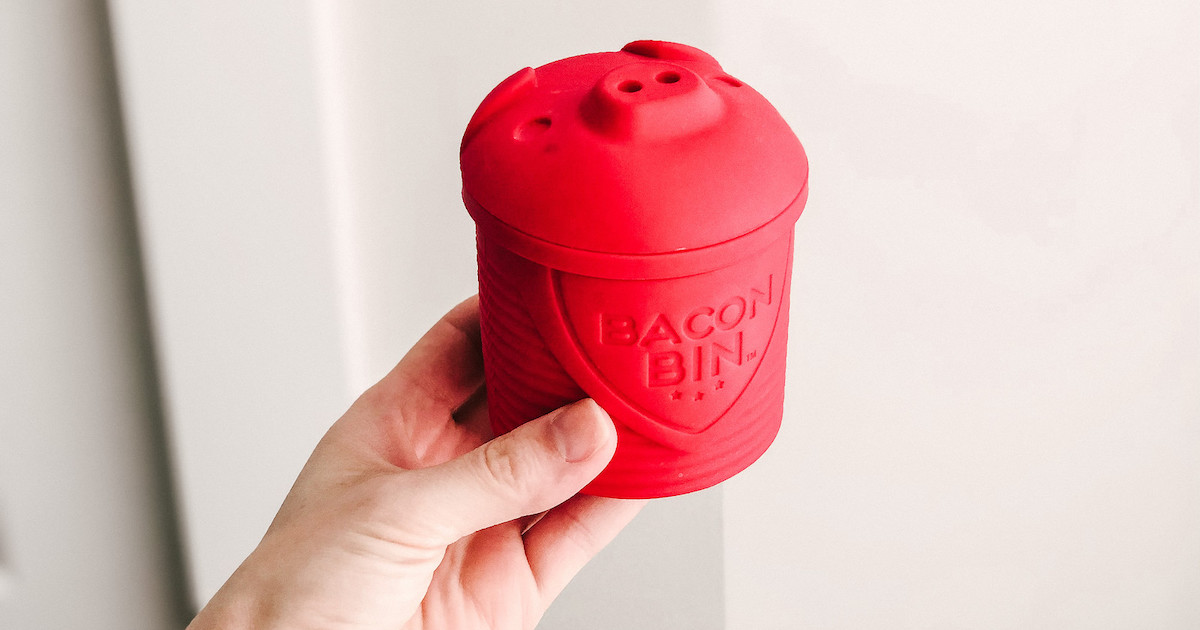 For so long I never saved bacon grease 😬 – I would always pour it right into the trash can after letting it cool, but never again, friends! When I discovered the many uses for bacon lard and that I was literally pouring liquid gold in the trash, I immediately looked for a solution on how to store it.

That’s when I found this super adorable pig-shaped bacon grease container on Amazon & it was love at first sight. 😍 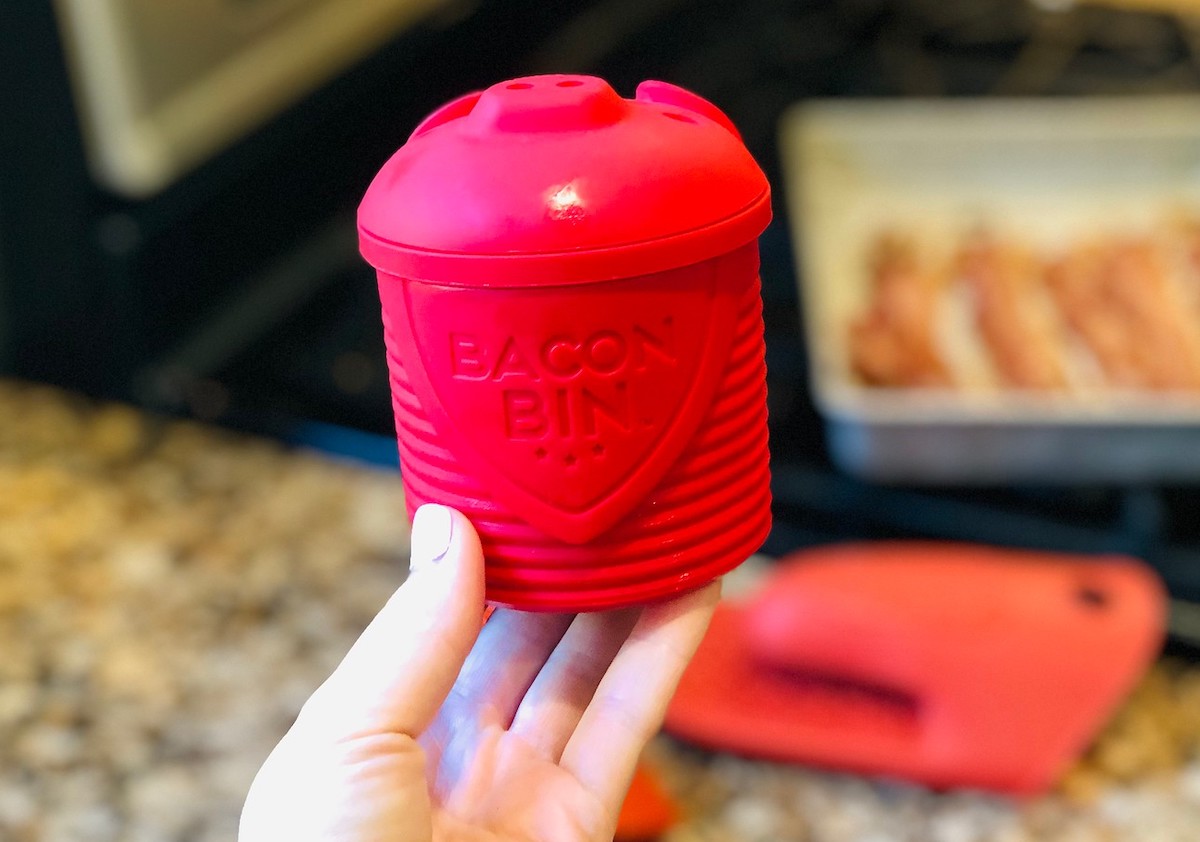 I’ll be honest – for a little over $14 I wasn’t ready to “splurge” on it right away. It took a few months of sitting in my Amazon cart and many more cringe-worthy happenings of me pouring precious bacon grease in the trash (after letting it cool), but one day I got so fed up that I finally ordered the Bacon Bin. 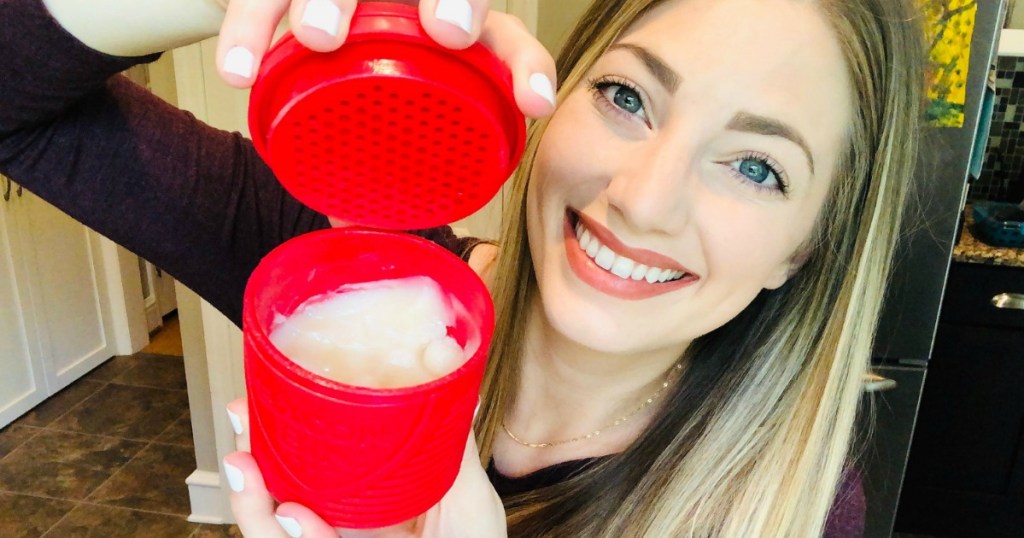 It comes in either red or pink and I love that it’s made of BPA-free silicone so you can pour hot bacon grease (up to 500°F) into it without a worry in the world – I can’t say the same about a plastic trash bag. 🤣 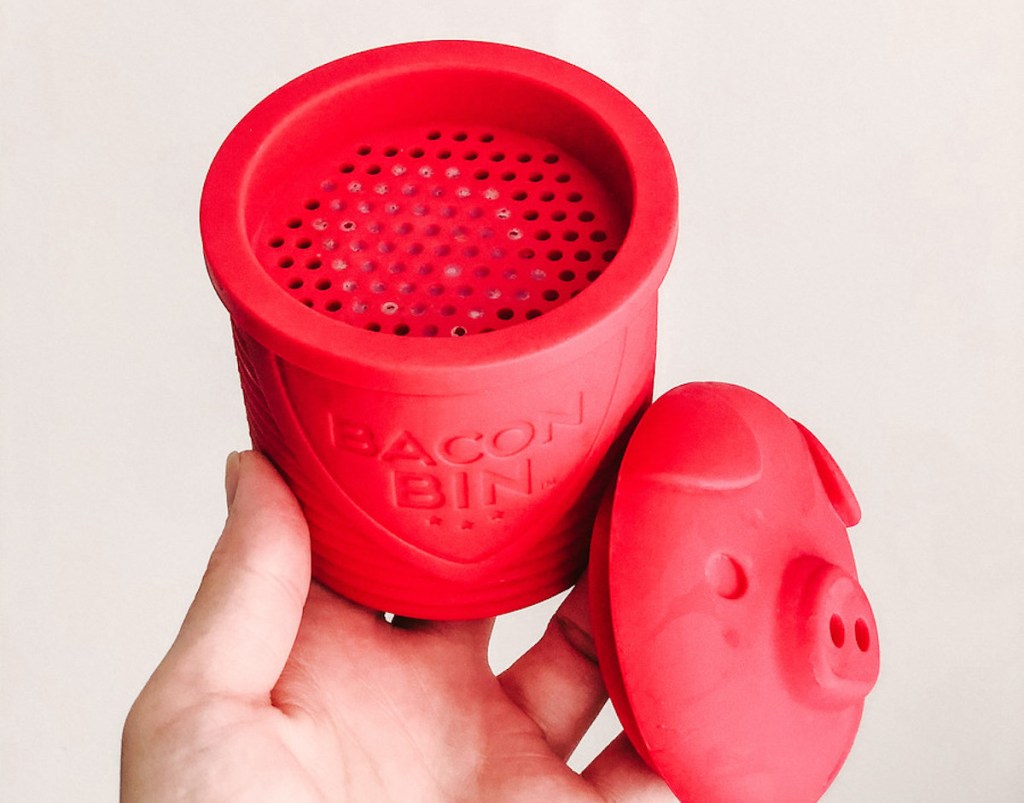 It even has a strainer built into the top so you’ll always get pure, clean bacon lard when it cools! 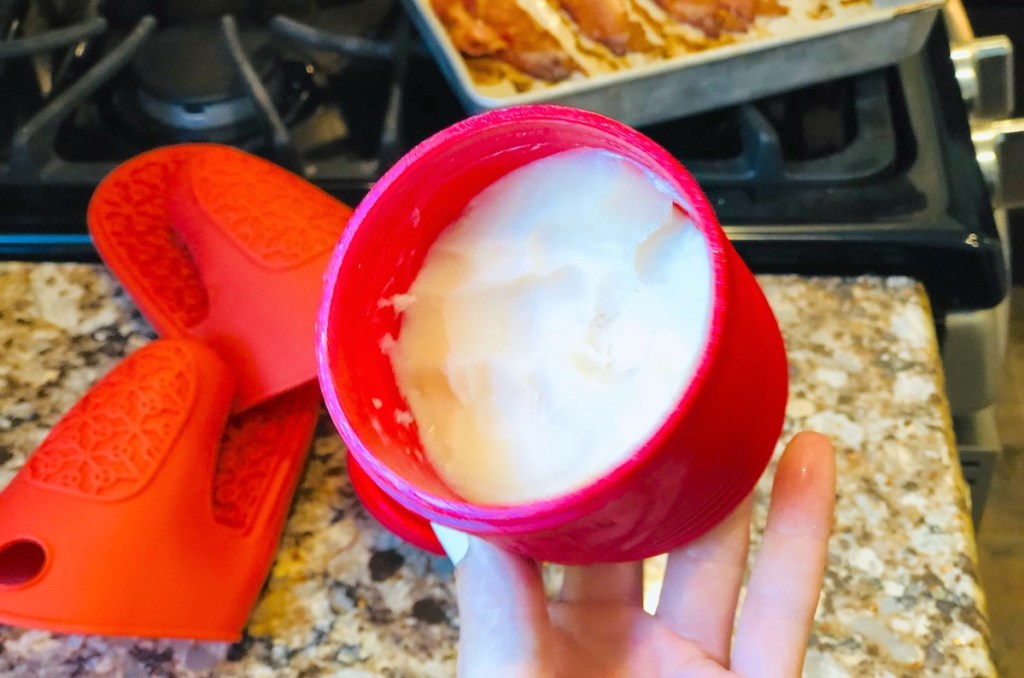 The bacon grease container has already saved me so much money! Why did I wait so long?! 🤦‍♀️ It quickly recouped the price I paid for it and hello!… It’s the cutest thing I’ve ever seen and just makes me smile every time I use it!

So what exactly can you do with bacon lard? 🤔 Here are a few ideas:

As you can see, the options are truly endless and this bacon bin is a no brainer purchase! 🙌 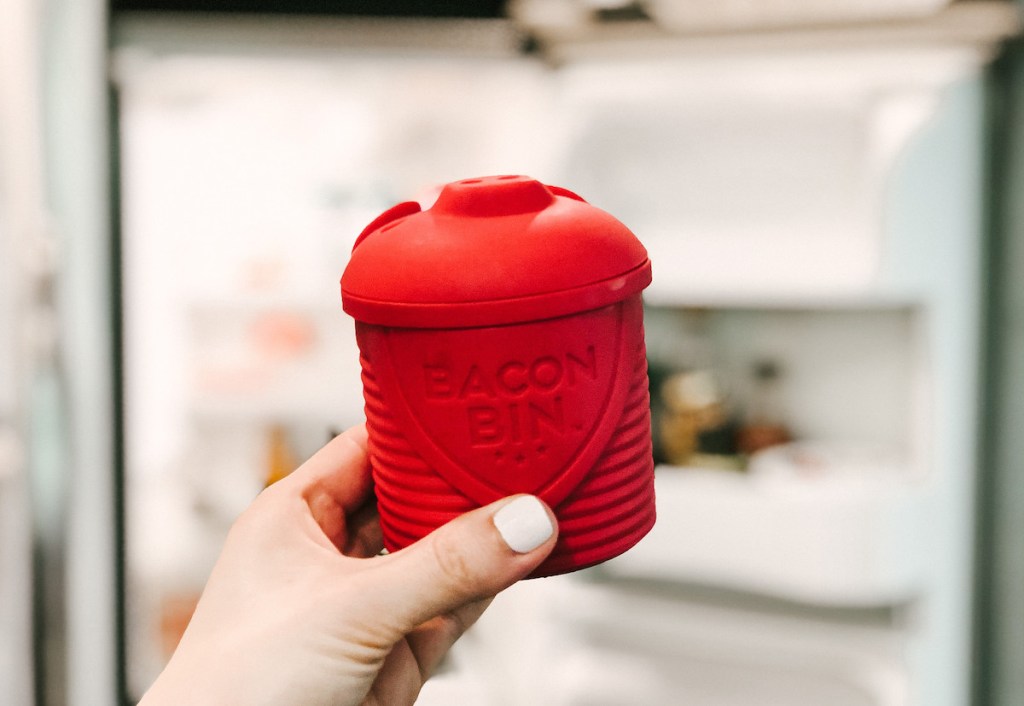 Once you’ve poured your bacon grease into the bacon bin, you can store it in the fridge for up to a month, but chances are, you’ll use it all before then. 🤤 On another note, if you’re filling it up quickly like I am, you can also freeze it, easily slip it out and save it for future use. Or it’s also nice to share with neighbors. 😉

Sara is a self-taught blogger and photographer with 8+ years of experience having work featured in various building, travel, and fashion publications, most notably Bassett Furniture and Fossil. 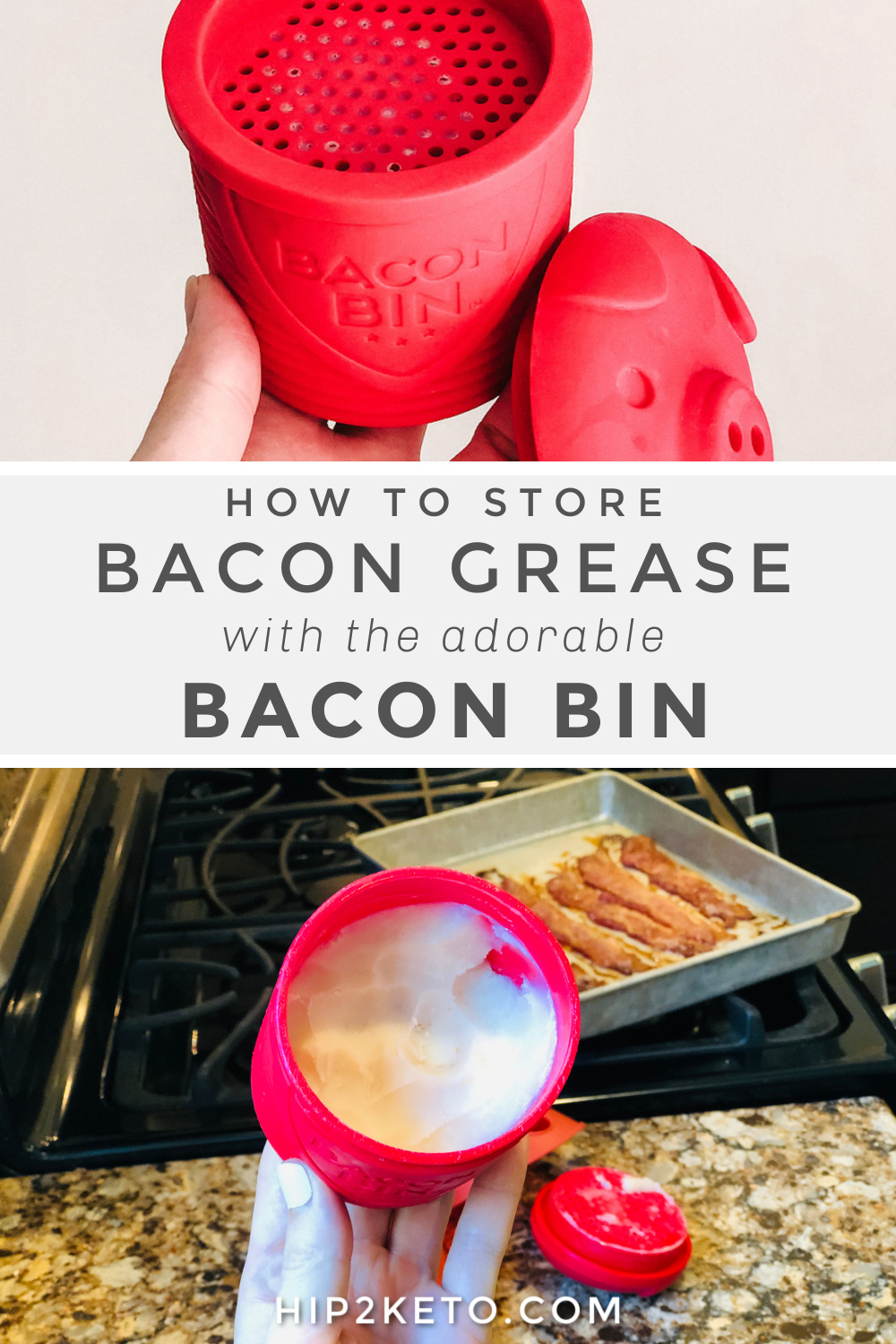